Five years can be a lifetime.  Over their nearly (3 months shy as I write) 30-year career, My Dying Bride has never had such a long gap between albums, and long-time fans such as myself have been waiting anxiously for more sorrowful sounds from these doom metal forefathers.  The band has been through a lot since “Feel the Misery” was released in 2015: label changes, a lineup shuffle, and, horrifically, a cancer diagnosis.  This is also the band’s second album without producer Mags onboard; the other being the band’s 1992 debut “As the Flower Withers.”  Despite all these changes, the adversity, and the long grueling years, “The Ghost of Orion” does not disappoint.

Album opener “Your Broken Shore” starts off with a driving guitar riff, then a sorrowful violin plays counter point.  Suddenly, all the noise drops away and we’re left with pained clean vocals proclaiming tearful words.  Then everything kicks back up to 10 for the guttural and vicious chorus.  In a two-minute span, one can hear everything that makes My Dying Bride the legendary and influential band they are, and they prove yet again that they deserve the acclaim.

It’s not really a My Dying Bride album without a hauntingly beautiful song with vaguely sexual and bloody lyrics; “To Outlive the Gods” comes second and checks all the boxes so we don’t have to riot.  “Tired of Tears” slows things down even further and eschews guttural vocals entirely to focus on atmosphere and front man Aaron Stainthorpe’s heartfelt wailing about the aforementioned cancer diagnosis.  The first half of the album finishes off with “The Solace” featuring guest Lindy-Fay Hella of Wardruna fame.  It’s even slower yet and has an ancient, folky feel that is rare for this band and showcases their versatility. 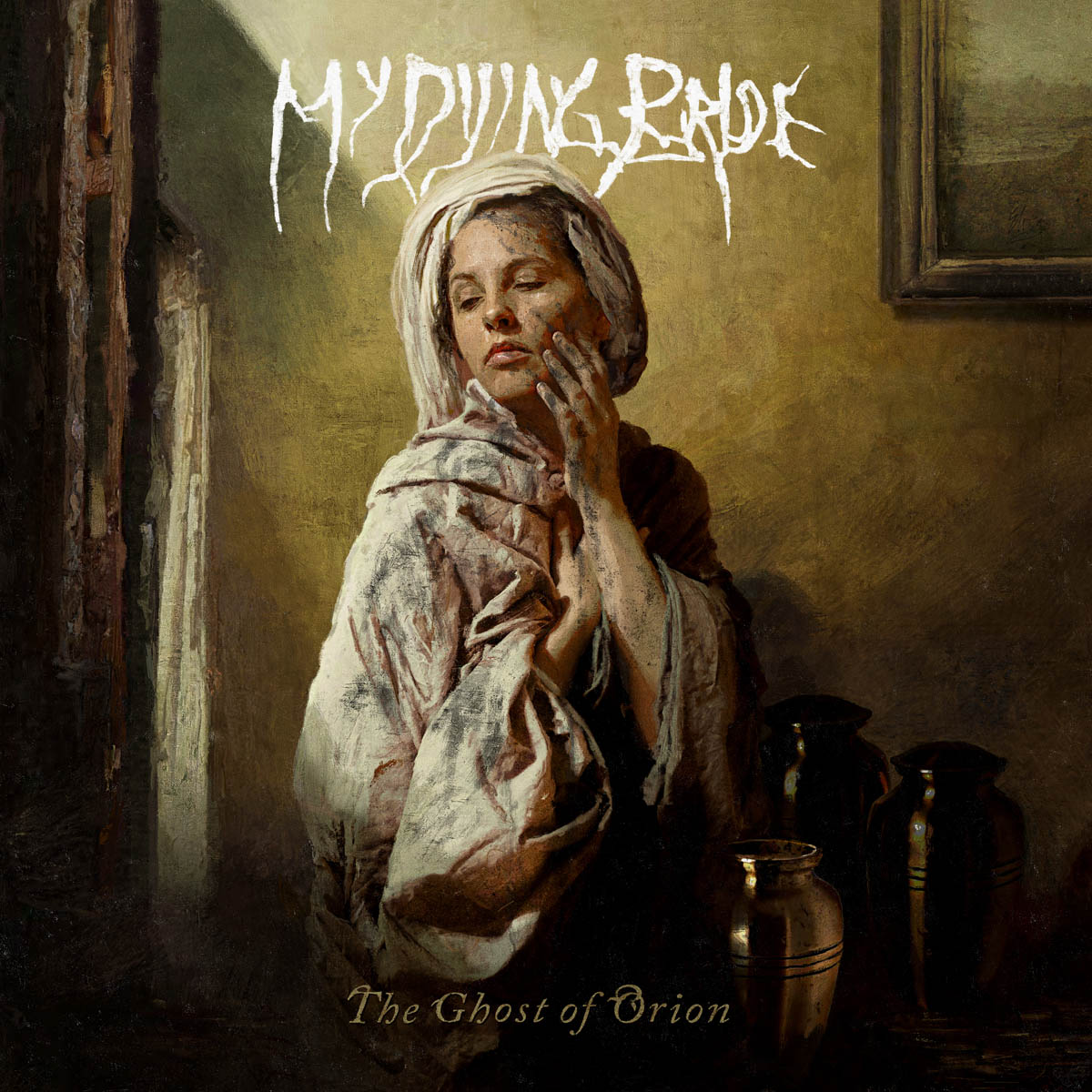 The back half of the album consists mostly of twin 10+ minute epics “The Long Black Land” and “The Old Earth”.  Both stand up to older My Dying Bride opuses like “Christliar” and “Le Figile Della Tempesta” in their scope and variety but benefit from cleaner, more accessible production.

In fact, accessibility seems to be a theme for this album.  That first-two-minutes segments of “Your Broken Shore” is representative of the entire album; every element that has made My Dying Bride into one the preeminent doom metal bands of the world is present, yet it’s all somehow more accessible and mature.  Five years of pain, changes, and trouble would end most bands.  The “Ghost of Orion” simply channels it all into some of the greatest doom metal ever written. It’s a record that oozes pain, suffering, darkness, the odor of the abyss and the certainty of the shadows. The home that is lost, the present that is destroyed, the life that is taken… A sublime album that will not disappoint you.

“The Ghost Of Orion” Track-listing:

My Dying Bride are serious about expanding their influence over the entire world and proving they are the kings of doom. To do so, they’ve created an album that balances perfectly between accessibility to newcomers and service to long-time fans.