History’s most memorable villains weren’t born in corpse paint and hellfire, but instead made their mark in a godless desert with wide-brimmed hats and silver revolvers on their hips. As tempting as anguished screams may be for the tormented souls of counterculture, the devil can be found in the arid repose of the West, sneering between the strings of a twangy guitar or threading his havok into the shriek of a harmonica. In chasing the ambition of surrendering blues and folk to the underworld, there is no one more experienced in the dark magic of blasphemy than the accomplished Adam “Nergal” Darski.

Known best in his role as Behemoth’s front-man, Nergal is perhaps only more well-known for his spirited rejection of the church and all its tenets. Having faced the Polish government head-on for his unceasing devilish displays, it would seem that there is no place more fitting for such an artist than invoking hell with unholy screams, his face painted a ghastly white. In an expansion of his musical endeavors, Nergal began a blues-rooted side project under the name Me and That Man to diversify his creative breadth in a way that would not compromise Behemoth’s vision. Debuting with an album titled “Songs of Love and Death,” latest album “New Man, New Songs, Same Shit Vol. 1” is a bold expansion of everything that made the debut so magnetic.

“New Man, New Songs, Same Shit, Vol. 1” is a stylistic mixing pot that draws from blues, gothic folk, and anthemic rock for a final product drenched in the haunting allure of Western Americana. From mournful ballads to electric rock rhythms, the album covers a diverse gambit with almost infinite potential to surprise as the ten tracks run their course. Though it may seem a long-shot to draw metal-heads into the country-based exploration of a more sinister, subdued darkness, Nergal has captured a star-studded cast to contribute their vocal and instrumental talents. Featuring fourteen guest artists, well-known faces from the metal scene make their appearance with iconic voices that melt effortlessly into the folksy, devilish antics Nergal has so carefully crafted.

There could be a no more perfect opening than the electric and upbeat opening “Run With the Devil,” tangling a galloping saxophone with the vibrant pitch of Jørgen Munkeby (Shining) for a song that openly invites the temptation of evil. Rich and indulgent, the fast pace and nonstop thrills of “Run With the Devil” would make it equally fit for a neon-splashed club or a raucous country bar, and in under three minutes it has the listener entirely committed to Nergal’s version of the lawless West. On a more somber note is second track “Coming Home,” vocals sultry and sweet as they twist from mourning to pleading. A straightforward melody belies the intensity of the vocal inflection, this time featuring the full magnitude of Madrugada vocalist Sivert Høyem. Diverse in tempo and emotional intent, “Coming Home” could play on repeat ten times over without ever letting the listener feel the same. 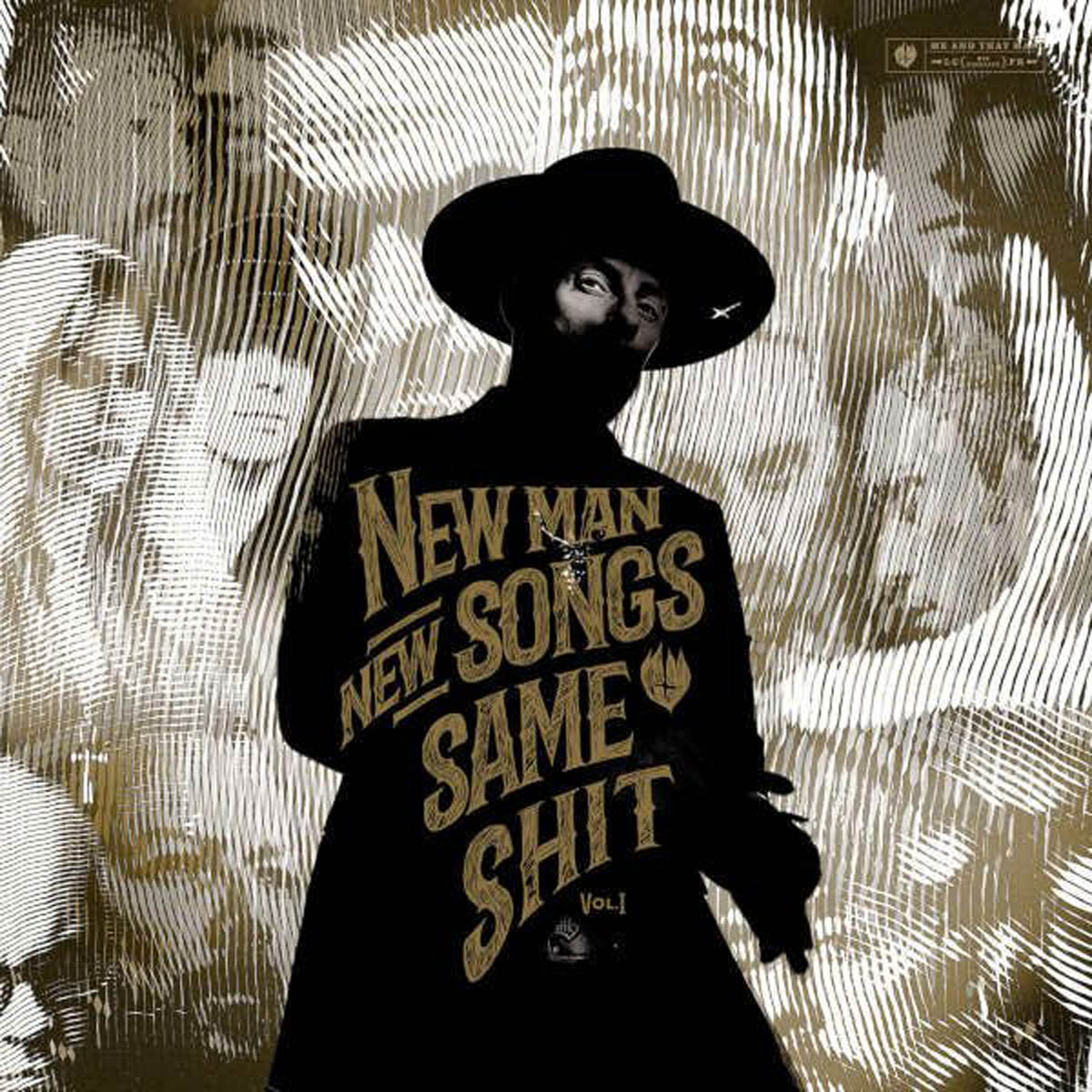 Taking a more direct turn towards the country is the aptly named “Deep Down South,” unabashed with crisp acoustic strings and heavy-handed harmonica. Similarly tuned to more unadulterated flavors of folk is ballad “Confession,” which also holds some of the album’s most intense moments.  It is impossible to imagine featured vocalist Niklas Kvarforth of Shining singing these verses anywhere other than a dust-covered ghost town, at least up until the moment that spirit-engulfing blast beats kick in and his soulful crooning turns to screaming. Abrupt and brimming with desolate abandon, there is no more fitting a mood to close an album that flirted so closely with the devil. With sulphur-smoked “Burning Churches” featuring Mat McNerney of Grave Pleasures and the vocal talents of black metal icon Ihsahn on “By the River,” there is no doubt that Me and That Man is just as diabolical as Behemoth. But where Behemoth is a picture of the biblical devil and his grotesque, nightmarish horrors, Me and That Man is the devil that turns to you with a smirk and a wink. This paints a demon of temptation, an insidious, subtle darkness that stifles the air with its sweetness.

Most stunning of all is the gusto with which the many guest artists have embraced Nergal’s eccentric demands, singing with passion and stylistic range far beyond that of their usual projects. At times this vocal revelry feels to be a forbidden, intimate glimpse at previously unseen artistic potential, a mirror into another realm where corpse paint was instead exchanged for cowboy hats. For these many artists to have bared their souls so willingly for such an ambitious project, the final work is truly a masterpiece to behold. Sweeping a diverse range of styles and striding boldly into uncharted waters, Me and That Man has put out an open call to embrace the gothic in all of its flavors. And as it turns out, this album might just be irresistible.

Sinful and sweet with undeniably devilish charm, Me and That Man have embodied temptation itself with the power of stylistic diversity and an all-star cast of guest musicians on the project’s second album. Harnessing the sultry smooth canvas of blues as a vehicle for blasphemy, there is something for fans of every genre in an offering rich with gothic folk and a taste of classic American rock.