Apparently Lamb of God‘s Mark Morton doesn’t want us to think his incredibly poignant and well-received 2019 debut solo album “Anesthetic” was a one-off affair. Barely a year later, the prolific guitarist and songwriter returns with a stripped-down EP called “Ether”, a brief jaunt through his musical world spanning five songs, comprised of three originals and two classic cover songs from the ’90s. The formula Morton incorporated in creating “Anesthetic” was such a success, the prospect of following up that album with any output so soon afterwards could be a daunting one, so how well does “Ether” fare in the modern rock landscape?

It could be easy to dismiss this EP as a somewhat cliché “unplugged” style album, but there’s a bit more to it than that, as it’s not quite such low-hanging fruit. There are electric instruments present, though the bulk of the EP is a more personal and immediate affair than what one could usually hope to achieve with just three originals and a couple of covers. “Anesthetic” was quite dark and introspective at times, especially judging by the album artwork, and one could assume the same this time with “Ether”, and they’d be quite correct – that said, there are a few moments of light that shine through.

Repeating some of the formula from the predecessor full album, Morton once again works with a small “ka-tet” of singers to bring his lyrics, and sometimes inner demons, to life. Guesting with Morton for the first time are Moon Tooth‘s John Carbone, Halestorm‘s Lzzy Hale, and Light The Torch / former Killswitch Engage vocalist Howard Jones. But the singer who does arguably the most heavy lifting on the album is Sons of Texas‘ Mark Morales. For anyone unfamiliar with Sons of Texas, it’s the best marriage of sounds between Pantera and Sevendust that this reviewer has ever heard, and speaking personally I’ve been a fan since their debut album, “Baptized in The Rio Grande”, was first released back in 2015. In a funny twist of fate, where “Anesthetic” guest vocalist, Alter Bridge‘s Myles Kennedy, once guested on Slash‘s first solo album late in the 2000s, and then went on to become the front man of Slash‘s live band and subsequent solo albums, so it seems Mark Morales has stepped into a similar role with Morton. Since the release of “Anesthetic”, Morales has been the go-to lead vocalist for Morton‘s live solo work, and is now featured heavily on the new EP, and in a way sort of steals the show, providing vocals on two of the five songs.

So, “Ether”carries on in the tradition of the first album, as well as Slash‘s aforementioned album, Dave Grohl‘s Probot project, and even Tony Iommi‘s solo album from earlier in the 2000s, where the offering is a chameleon that highlights the different vocalists and possible styles… how does that work in a stripped-back and mostly acoustic setting? It’s successful more often than not. Ultimately, this is a dessert after the full meal that was last year’s album. The originals are the main focus here. The lead single and first song, “All I Had To Lose,” is a soul-wrenching piece, akin to Sevendust‘s “Xmas Day” or “Angel’s Son” or the band’s Time Travelers & Bonfires album, full of acoustic strings from Morton and also a classical quartet, accented from soulful vocals from Morales and spot-on harmonies all throughout. For video game fans out there, it at times sounds like a modern rock ballad that would feel at home on the soundtracks for Square Enix’s Life is Strange series of games, though admittedly maybe not indie enough for that scene. It’s a deep and personal song, and a great way to kick things off, but upon repeated listens, it almost makes the listener wish it was the finale of the album, and Morton could have possibly come up with a different opener. 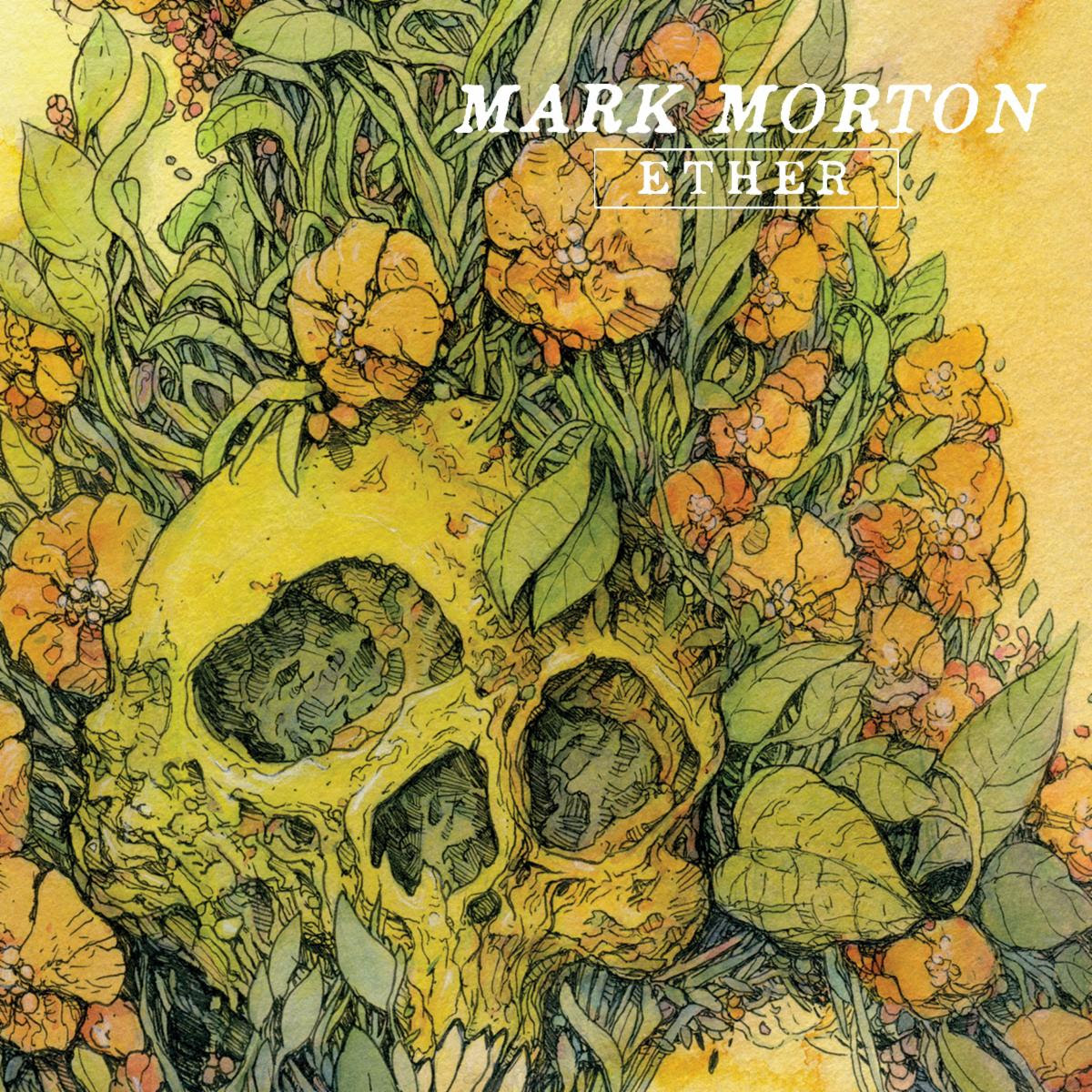 The second song, “The Fight”, features John Carbone on lead vocalist, and is a bit more of a modern feel with sampled drums and vocal effects reminiscent of Scott Weiland‘s older work with Stone Temple Pilots, before taking us into a chorus and chord progression that almost has an urban vibe, and then finally hitting us with strummed and distorted guitar chords and full kit drums, with incredible vocals from Carbone, which – again – could remind one a bit of Sevendust‘s Lajon Witherspoon, and beg a closer look at Moon Tooth‘s catalog of work.

The final original is the fourth song (we’ve skipped track three, for those following along) with Howard Jones, whose era with Killswitch Engage is this reviewer’s favorite of the band. This might be the biggest out-and-out rocker of the entire album, with a huge chorus from Jones and tapped lead guitar parts from Morton lower in the mix, bookended by quieter and moodier verses with falsetto vocals and harmonies from Jones that are enjoyably unsettling. This song just further underlines the quality of company that Morton keeps, with amazing singer after amazing singer coming out to deliver absolutely epic performances on his behalf, but it also showcases how strong of a songwriter Morton is in his own right, and that his solo albums can stand shoulder to shoulder with his Lamb of God output.

Unfortunately, that leaves the somewhat weaker portion of the album: the cover songs. We have The Black Crowes‘ “She Talks to Angels”, featuring Lzzy Hale on lead vocals and Pearl Jam‘s “Black” with Mark Morales back to close out the album. As full disclosure from a personal standpoint, this reviewer has never been a Pearl Jam fan, despite owning copies of Ten and Vs. (or, Five Against One, as the first edition cassette in this house has printed on it) but understands their legacy and importance to millions upon millions. As great and timeless of a classic as the second song, “She Talks to Angels”, is, it feels incredibly out of place here. Admittedly, the album needed a lighter moment somewhere, but the entire feel of the song seems to work against everything else going on here. That said, Lzzy Hale is also an incredible singer and is in good company with everyone else here, and does a fantastic job with material originally performed by the young Chris Robinson, one of the greatest rock singers to ever live. But because of the disjointed feel it gives the album, what is one of the best songs in rock history from one of the best bands, performed perfectly capably by all involved here, the whole thing just feels sort of odd, like Marty McFly and Lorraine Baines parked outside the Enchantment Under the Sea dance (not Fish Under The Sea dance). As much as we here at Sonic Perspectives love what Morton is doing overall, this song choice just brings down the EP overall vibe.

Meanwhile, back at the finale of the album, we hear one of the finer covers of a Pearl Jam song anyone could ever hope to witness, and it’s probably the best possible song out of their discography to choose as a cover song here, with Morales pouring his entire being into his performance. That said, even the roots of the chords at the beginning of the song sort of too closely echo the same root notes in the intro to “She Talks to Angels”, prompting us to again wonder if better song choices could have been employed overall. It’s a perfectly acceptable way to closer out the album with a cover tune, but as mentioned before, Morton‘s own “All I Had to Lose” could have been a stellar album closer on either one of his albums. (Although we’d hate to miss out on “The Truth is Dead”, which actually closed out “Anesthetic”.)

So, that’s it, a fantastic bit of music to hold us over until the next proper LP from Mark Morton, which hopefully isn’t too many Lamb of God albums our tour legs away from where we are now. At this rate, Morton is quickly establishing himself as a solo artist to watch seriously, and is giving his “day job” a run for its money with the quality of his output. He’s also showing his diversity in a way that will appeal to fans of heavy music who might not even be all that into Lamb of God, and all the while bringing out amazing performances from his contemporaries we might not have heard otherwise. Whatever he releases, it’s plain to see, we’ll be listening to it and talking about it quite a bit. The work deserves it.

There's admittedly a bit of "what could have been" with this EP, due to some song choice and track sequencing concerns, but overall, it's an excellent offering. Mark Morton is an underrated songwriter who is showing that he's completely muti-faceted and, as a lyricist, shows us again and again that he really has something to say. The cover songs are a precarious situation, though, because they maybe stray a bit too close to the source material, but would have been easily criticized if they took too many (or any?) chances. It might have been almost preferable to have two more originals in their place, but seeing as this is an EP, those cover tunes make the whole effort a bit more of a fan service affair. The EP is such a strong effort, though, that it immediately makes the listener familiar with his output want to listen to Anesthetic again, or for anyone who isn't, they should definitely go back and start at the beginning of what is turning into a very bright solo career.