Reinvention is the essence of evolution, leading to a seemingly endless array of subgenres that continue to shift in spirit and grow in scope as time goes on. With access to computers that could provide a symphony at one’s fingertips alongside the option to create custom effects with limitless derivations, the arrival of genres which used no traditional instruments was always just a matter of time. The ease of access and seemingly infinite variety gave birth to new genres of music entirely, some founded solely on the electronic bite and ecstatic vibration of bass. Luna13 follows in this direction, their debut full-length album “God.Dis” channeling energy from bass electronica with an undeniable influence from extreme metal for an album that feels both simultaneously ethereal and omnipresent.

Rather than opting for something more nimble and analogous to traditional instruments such as the all-electronic Master Boot Record, Luna13 has fully embraced the frenetic grips of electronica, melding it seamlessly with pure heaviness for a sound that is steeped in dread. Meshing the thunderous appeal of electronic bass with raw screams craft an atmosphere that lingers somewhere between hell and the surreal, enough so that the scent of sulphur is palpable among the neon lights. “God.Dis” is dark, unsettling, and an uncanny reflection of modern electronic capabilities in both distinguishing and mimicking traditional instruments in metal and beyond. After all, there is no doubt that the throes of death metal heavily inspired an album that flirts with industrial music as much as it identifies with a more modern vein of bass-inspired exploration.

For all of her demonic appeal, vocalist Lilith Bathory offers surprisingly little in terms of vocal range, executing the position of front-woman with an inflection tending towards the monotonous. Tormented and rasping screams seem simply part of the delivery system for the ominous tones which dominate the primary messages coming from Luna13’s chosen underworld. Her spoken word is chosen skillfully, however, particularly the icy coolness from her words in “Cursing the Sky.” The impression of omniscience carries from “Cursing the Sky” well into “The Beast Within,” enveloping in its malice. Vocals aside, when it comes time to match the imagery of the band to its sound, Lilith appears to embrace the devilish role with unabated enthusiasm. Reliance on a combination of consistent multimedia imagery combined with the chosen style of music allow “God.Dis” to become even more effective as a whole package. 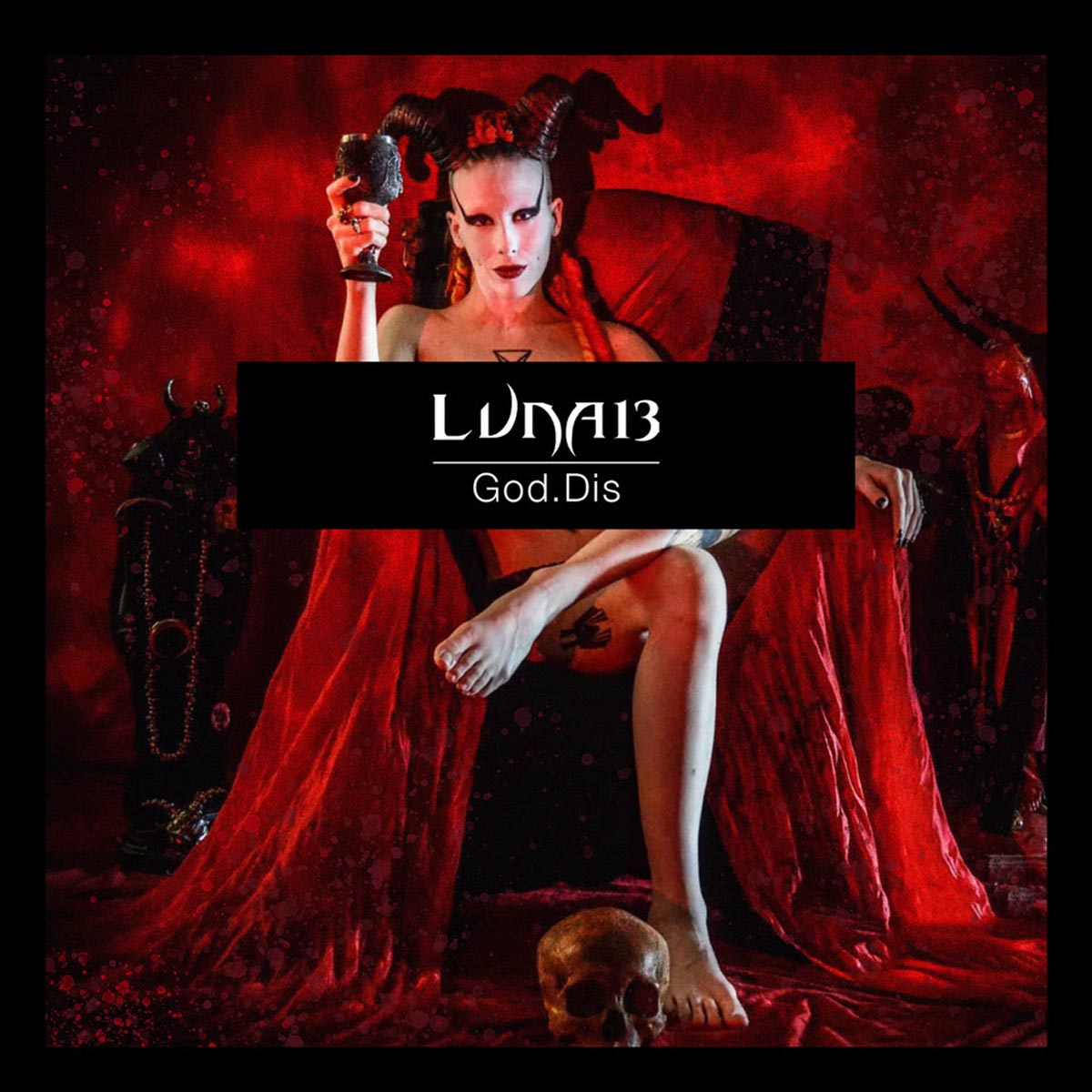 On first listen the lyrical and structural repetition may be somewhat off-putting, both for its intensity and apparent lack of variety. But this repetition stems from the vocal approach rather than the music itself, which has pleasant subtleties that grow more welcoming with each new listen. “Sacrificial Lamb” is one such example, in which consumption of the album as a whole allows the fleeting and more sinister notes beneath the surface to shine with their true darkness. The tonal shifts throughout “Sekhmet” capture the range of capabilities from songwriter and Luna13 mastermind Dr. Luna. Swinging from chaos and discord to almost ambient unease, “Sekhmet” and final track “Bull Horned Home” give listeners a sense of finality without the comfort of conclusion. Overall, though “God.Dis” remains relentlessly aggressive, its overall flow is dynamic and natural across and within each of its tracks.

Most striking of all is the pure commitment to the darkness of “God.Dis.” Even in the deepest throes of black metal one can find some shreds of comfort in the iciness, the abandon which grows warm after one is acclimated to desolation. Yet the evil which Luna13 has conquered never quite reaches even a facsimile of welcoming, “Bull Horned Home” simply affirming the fact that listeners are meant to be disturbed and intrigued as they dive into the creative energy of the Luna13 duo. Though the project has had its footing for quite some time now, the full-length debut tees up the group for something even more ambitious in the future, one where they can continue to hone the balance between the unearthly music and vocal approach.

A union between two distinct veins of darkness gives rise to striking discord and violence in Luna13’s album “God.Dis.” Sinister and somewhat sublime, this unique marriage of electronica and metal proves intriguing from start to finish