In May 2018, when we reviewed the previous Lords of Black album, “Icons of the New Days,” we were rather stunned by the impressive showing of this upstart renegade Chilean-Spaniard metal project. These days, vocalist Ronnie Romero is a bit more of a household name in the metal world, but when he was the fresh face of Ritchie Blackmore’s Rainbow, and exploded onto the scene, he really turned our heads at Sonic Perspectives, as well as the heads at Frontiers Records. While Ronnie is busy vying with the formidable Dino Jelusick for title of best new metal voice, the heavy lifting for the Lords of Black is being done by metal guitar mastermind Tony Hernando. Dani Criado returns with his solid bass guitar chops, and Andi Cobos has been replaced by Johan Nunez on the drums. While we will miss the creative drum fills provided by Andi on the previous record, let’s face it; Jo Nunez is an absolute beast on the newer Firewind albums, and is not wasted here.

It may also be worth noting the absence of singer Diego Valdez. Originally, Ronnie was planned to take some time away from the Lords to focus on other work, with Diego as the prospective replacement, but due to unknown circumstances, Ronnie is back in the driver’s seat. Diego may have provided a fresh new flavor for the band, he remains a bit of an unknown quantity, whereas Ronnie Romero is absolutely sound as a pound. In any event, considering the relative inactivity of the band since the previous album, and the drama swirling around personnel, it is heartening to see things back on track. If the live music scene can survive the world’s reaction to this pandemic business, we hope to see the band on the road, better than ever.

While “Alchemy,” gives off thematic vibes, it is not quite clear if it is a concept album, per se, although the “Part I” business would seem to suggest it may even be part of a conceptual series, a la Iced Earth‘s “Something Wicked.” What we do know is that it is a solid collection of music, strong enough to pull Ronnie back in again harder than “Godfather III.”

The album kicks off with an alternating single-note-open-note sequence from Hernando, accompanied by some downright power metal keyboards, before launching into some anthemic melodic lead guitar playing. The first track, “Dying to Live Again,” could have also been entitled “Dying to Sing Again,” for how Romero comes charging headlong out of the gates. Ritchie Blackmore once famously remarked how Ronnie Romero was the fusion of the best of Ronnie James Dio and Freddie Mercury, and this first track would certainly seem to support the claims by the man in black. Aside from that, the song covers a range of styles, from brutal to melodic, and is as good an icebreaker as any to signal the return of the Lords of Black.

Another single, the second track “Into the Black,” is a solid metal tune with more than adequate headbanging potential for a live set. As with the previous Lords album, there is a sense from this song that it could have appeared on any of the 1990s Yngwie albums from “Seventh Sign” to “Facing the Animal.” Considering the power and presence of Michael Vescera and Mats Leven, that is no slight to the delivery of Ronnie Romero. With its intense tempo and drumming, the third track, “Deliverance Lost,” while not quite the stuff of singles, is a solid delivery vehicle to keep up the energy of the album and ferry the listener onward to the fourth track (and single), entitled “Sacrifice.” This track, beginning immediately with bass guitar, and a couple layers of modern keyboards, sets a much different mood than its predecessors, although once Tony’s signature larger-than-life rhythm guitar joins the mix, it becomes the stuff for which the Lords of Black are best known. Ronnie is such a master of his voice, the perceived sense of impending vocal cord doom is inescapable, even if we know it just sounds like he is trying to evict his lungs by sheer force of diaphragm. 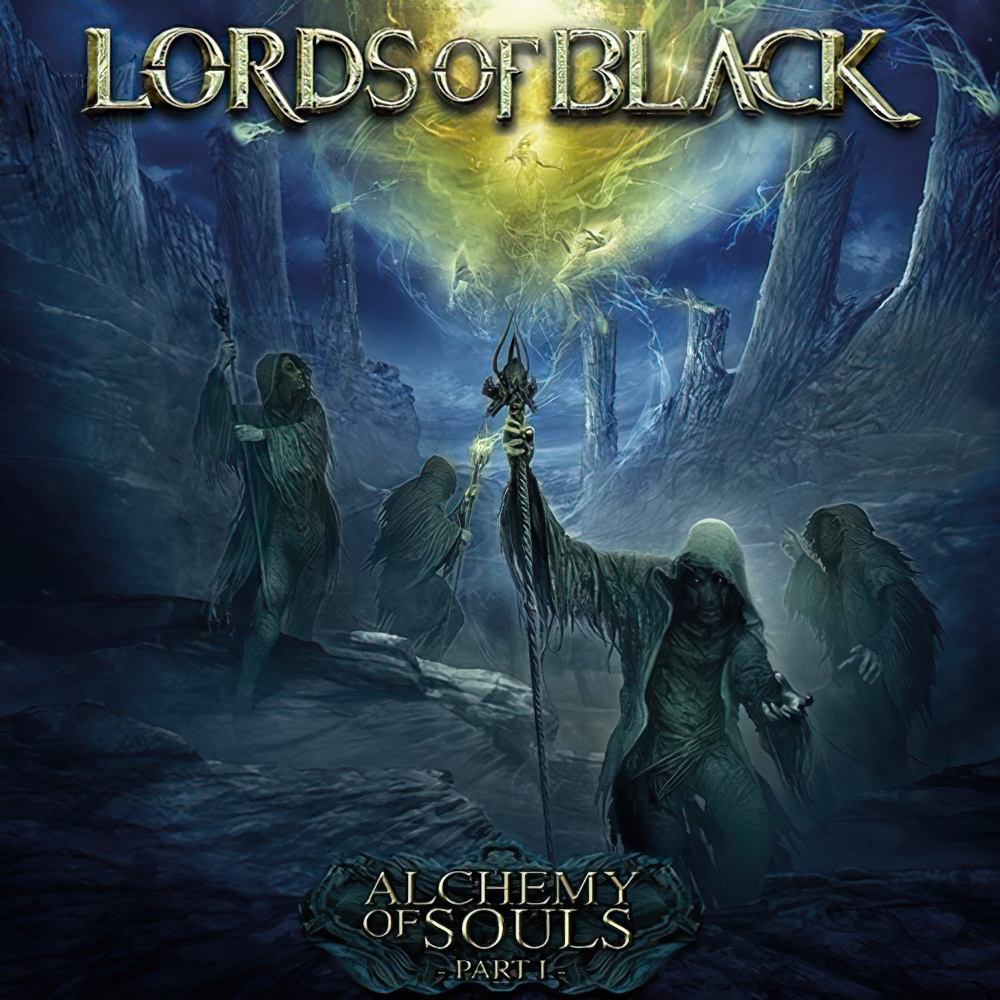 The fifth offering, “Brightest Star,” may be aptly named, as it is a real standout of the album. Beginning with a lumbering and ponderous tempo, a minor key, and thoughtful lead guitar, followed by jarring rhythm playing, it’s a welcome departure from the standard fare of the band. It is also a great opportunity to prove Ronnie’s usual “sound” is not a single-trick pony. With the song’s reduced tempo, and layered lead guitar harmonies, it is actually a bit more like something form the aforementioned “Something Wicked” trilogy, which is no small compliment in the metal world.

While “Closer to Your Fall,” is standard-issue Lords of Black (albeit still good), its successor “Shadows Kill Twice” is more like “Brightest Star;” it is something special. The first minute and a half of piano and lead guitar could have been called “Jon and Criss Oliva.” It’s ear candy for the Savatage crowd, even after the drums and distortion rhythm guitar come in and have interplay with the piano. And while the song may seem like it’s going to evolve back into the usual LoB formula, around three minutes, the song just stops and goes into a brutal chugga-chugga section, laying the groundwork for some nice instrumentation, and some of the best lead guitars on the album. “Disease in Disguise” (is it wearing its mask??) is a solid track, with some noteworthy lead playing, and “Tides of Blood” is much more blues-infused, like if George Lynch wrote a song for David Coverdale. The title track, however, is really worth the wait, even if just for the lovely Spanish nylon strings found in the introduction. One can imagine Tony finger-picking his heart out on a beautiful José Ramírez guitar in a wide auditorium (or some really good reverb post-production). Even after mercilessly heavy guitars come in and announce “it’s metal time,” Tony dials back the gain knob for a few bars to give the album a pensive Queensrÿche atmosphere. The ten-minute track takes us on a grand tour of the styles of Lords of Black, showcasing many dimensions of writing style, instrumentation, and vocals. This is one of those moments where words fail to describe everything happening in an epic metal tour de force, but rest assured, it earns its place as the title track. The album ends with two different takes of the delicate ballad, “You Came to Me,” which serves as a suitable epilogue to close out the album, and set the stage for the sequel to come.

When all is said and done, how does “Alchemy” stack up to previous Lords of Black albums, and against progressive melodic metal at large? While it lacks a few cool tricks from the previous “Icons of the New Days” album, it also has some new techniques, keeping it fresh and relevant. As a whole, it’s every bit the equal with “Icons,” putting it comfortably into the top rankings of today’s metal scene. This one lands on November 6, and there are some cool pre-order packages at their website here. Be sure to check it out.

“Alchemy of Souls, Part I” Track-Listing:

The Lords of Black have done it again, producing a thoughtful, relevant modern metal album jam-packed with goodies for old-school metalheads, and the return of Ronnie Romero’s titanic vocals. Be sure to check this one out.