Long Distance Calling‘s 2016 album “Trips” was a bit of an odd period for the band from Münster, Germany. A band that had been traditionally instrumental since their inception in the mid-2000s, their change to being a band including vocals left some fans feeling a bit confused. Some moments were great, like the chorus on the single “Lines,” and other moments like the somewhat tongue-in-cheek ’80s / Rocky -inspired “Getaway” just didn’t go over well with the heavy music community.

That leads us to the age-old “Metallica black album / Opeth not growling anymore” question of whether a band should do what they want artistically, or should they do what is commercially popular and might ensure more success? Long Distance Calling found a way to do both, and the result is their new album Boundless. It’s their first all-instrumental album in several years, so longtime fans of their original style can rejoice at that fact. On top of that, it’s a lean 50 minutes of wide and epic post-rock meant to take the listener on a journey. So, in appeasing their traditional fanbase, the band have also found a way to get back to their roots and be satisfied artistically.

Once again an all-instrumental band, the core four members remain: David Jordan and Florian Füntmann (guitars), Janosch Rathmer (drums), and Jan Hoffmann (bass). Former lead vocalist Petter Carlsen is no longer in the band and is absent from these recordings. Long Distance Calling style on Boundless is, at times, reminiscent of bands like Russian Circles and Pelican, or even Mastodon or Baroness, but only at their more rocking moments. There are times where the band is quiet and subdued, using quiet synths and ’80s drum effects, or even moments of violin and spaghetti western guitar twang, that ruin any attempts at overall comparisons. 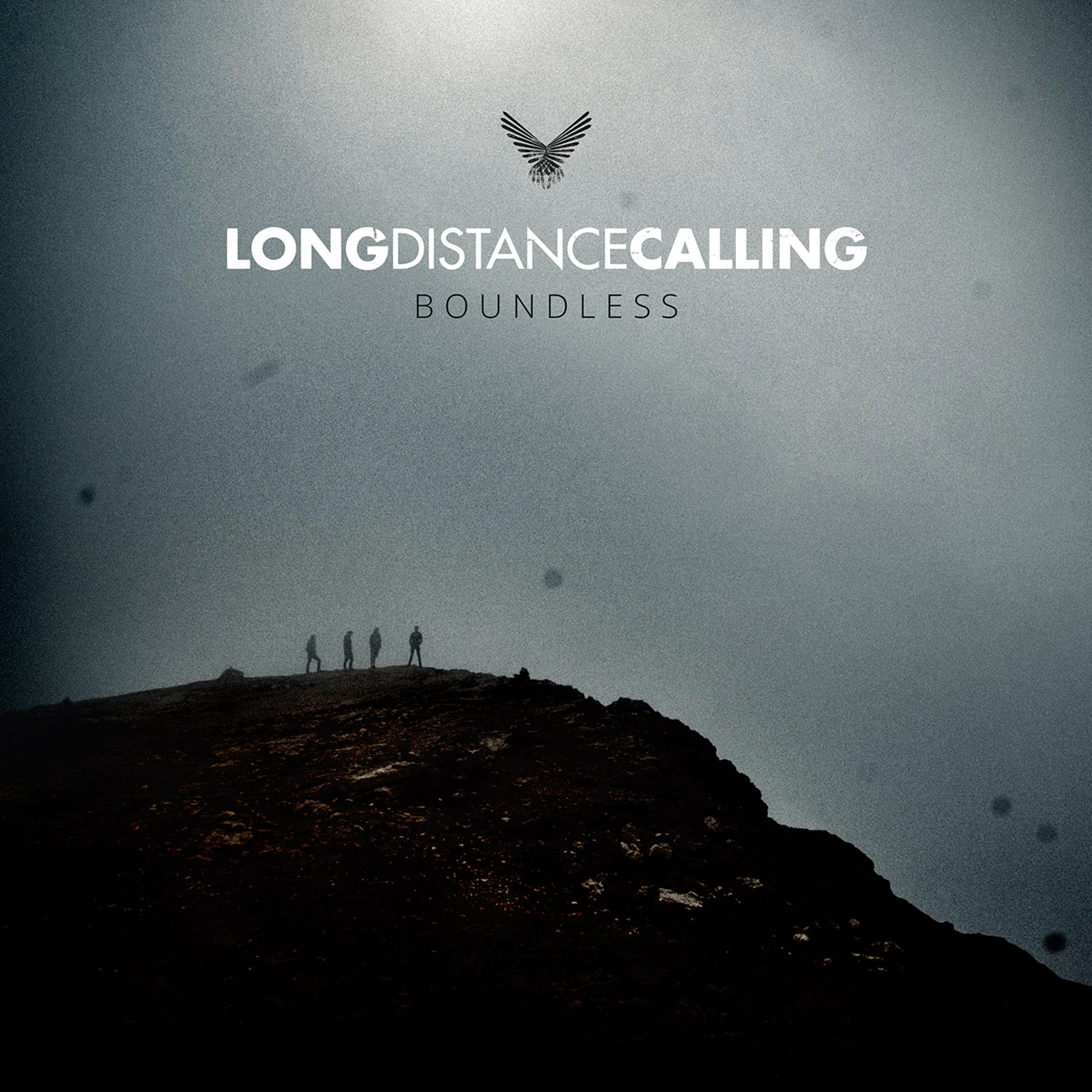 Most of the songs are fairly straightforward, and are about creating groove, mood, emotion, and wide open soundscapes. Admittedly, there are not many twists and turns in each song, so prog purists who see that LONG DISTANCE CALLING is on InsideOut Music, and subsequently expect sprawling 25-minute epics with time signature changes and Gentle Giant vocals, will be disappointed. Yet those who understand and appreciate the current era of “post-rock” music (a rather limiting term to describe an entire genre) will find something to love.

Those familiar with InsideOut know of their sister label, Superball Music, where Long Distance Calling once lived. While they’re admittedly a bit out of place on InsideOut (this is their second offering, after the aforementioned “Trips”,) they retain the sensibilities of what you would expect from a band on Superball, having more in common with someone like Oceansize than with Nad Sylvan or Neal Morse. Instead of soaring melodies you’d hear from other instrumental bands or artists, like Joe Satriani, for example, the songs here are not about flash or majestic solos. The melodies here are more contained within repeated notes and phrases high on the guitar, intermingling with ambient keyboards slid quietly into the mix. And many of the songs are about building up, breaking down, and then rebuilding… a tried-and-true formula which works well here.

“In The Clouds” is one of the high points of the album, as it starts with lead slide guitar to build the mood and then drops into a heavy straight-up crunch fest with the band plodding along with a unison riff you’d expect to hear in a great club in some dark and rainy city somewhere, reminiscent of great alt-metal from the late ’90s. As mentioned before, the song builds and builds on this feel until the drums open up to a crash cymbal rhythm and the band starts to crescendo. But sadly, in what could be seen as a poor songwriting choice, the song ends abruptly. That last build-up could have lasted another minute or so, and really pushed things to a fever pitch, but it ends so abruptly, the listener might feel a bit unsatisfied. Perhaps the band was afraid they’d overstay their welcome on that song, but something really great almost feels like a radio edit.

It is redeemed by “On The Verge,” though, which takes the listener on a trip through the wilds of sound. It is a masterclass in building groove and emotion. It begins with beautiful and lush keyboard soundscapes, and then builds… and builds… and builds, bringing to mind images of steel and fire as it leads to a perfect, reverberated snare drum climactic denouement, leaving the listener to suppress the urge to immediately hit the “back” button and repeat that same track and feel that experience all over again.

The press release from InsideOut Music touches on how this album was not played in the studio for the band’s biographer, but rather how they brought him into the mountains to hear it for the first time, and that sentiment is absolutely correct. To lie on the floor with headphones on as your first listen is a disservice to “Boundless”. At the very least, it deserves an appropriate open-road listening experience, where the sounds can soar as you drive. Insert your own version of an ideal adventure here, but this is definitely an album meant to accompany a personal outing in the real world.

Long Distance Calling seems as comfortable as ever in its own identity on Boundless, and as a return to form for the band, longtime fans will be thrilled, and new fans will find this a fantastic place to start listening before they work their way through their back catalogue.