Last in Line, is a band formed by three original members of DIO; namely guitarist Vivian Campbell, drummer Vinny Appice and bassist Jimmy Bain. When they got together and formed the band, naming it after DIO’s storming second studio release in 1984, it was, by their admission, just a bit of fun. They recruited Andrew Freeman (formerly of Hurricane and Lynch Mob) as their singer, and did a handful of shows including Claude Schnell on keyboards, just to play those DIO songs they wrote and recorded with Ronnie in the early 80s. They had no plans to write original songs when they began, but things took a turn for the good after those initial shows.

There was an instant chemistry among them, and the idea of recording new material was born. Then, Frontiers Records offered them a shot at recording an album of their own songs and, if you’ve ever had a hankering for classic sounding hard rock, you are about to be very glad they took the chance. The premise behind this album as Campbell stated was “to enter the studio to write this new album in the very same spirit as we did the Holy Diver album”. Former Dokken/Lynch Mob and current Foreigner bassist Jeff Pilson was brought in as producer, and as a long-time friend of Campbell, his appointment in the role ignited fires of inspiration in all four members. A couple of years flew and here they are with a debut collection entitled “Heavy Crown”.

If you’ve read up to this point you might think “no one can ever replace DIO or sound like him”–and I couldn’t agree more. DIO was not only one of the greatest voices of heavy metal, but he was also one of rock’s great gentlemen who always was there for the fans and gave everything he could to them. And his legacy will live forever. However Vivian Campbell and his bandmates are not trying to ride of the coattails of DIO. They’ve made an album on their own and in order for anyone to really be able to enjoy this record, we really need to stop comparing the band to DIO–as this is a band striving for success on their own merit. As a matter of fact, Freeman is NOT trying to sound like DIO. He has a great rock voice with plenty of power and no little soul, very impressive and certainly better than I have heard him sing in Lynch Mob. 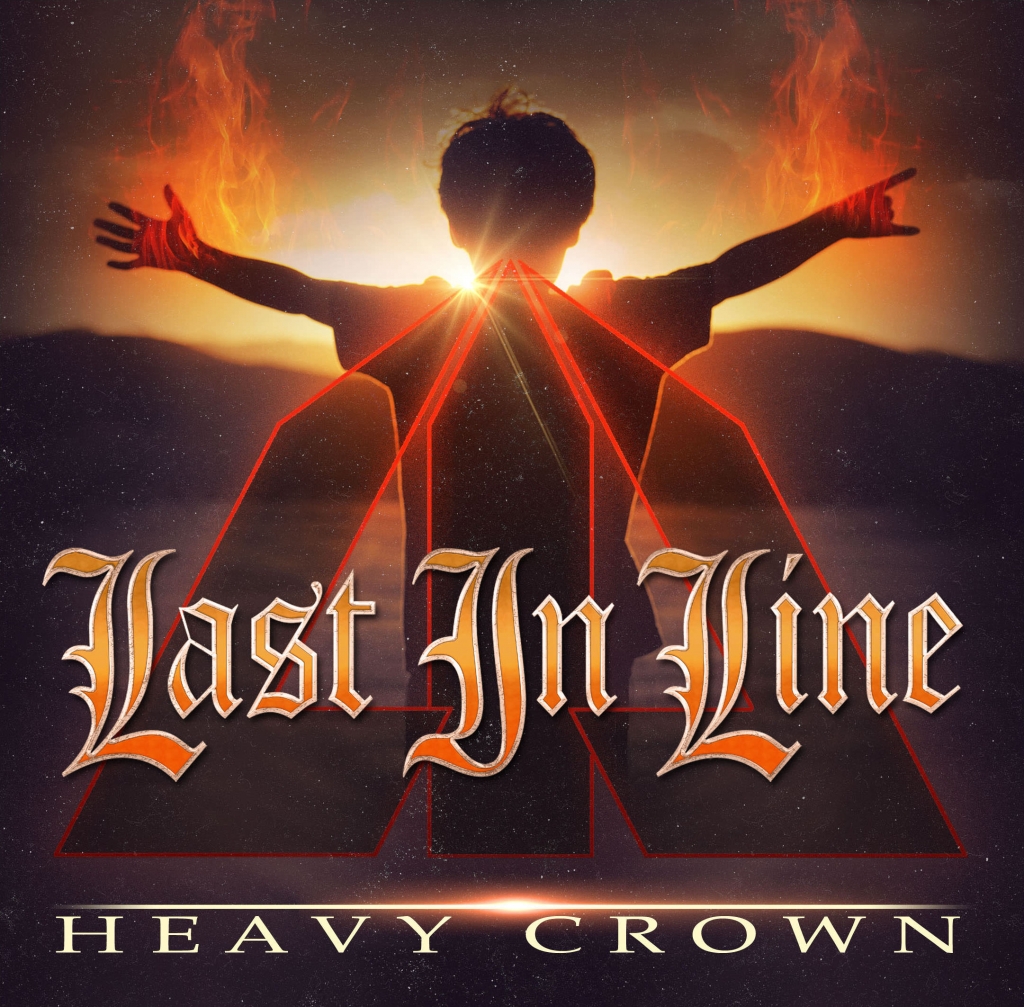 The album opens with the single “Devil in Me”. It has all the ingredients that make Heavy Crown a very special album. It bears a rocking groove tempo with some vintage DIO sound to it and is reminiscent of “Shame on the Night”. It is a powerful yet elegant tune, perfect as an opener, and has the imprint and the eloquence of the 1980’s hard rock sound. And for those not yet familiar with Andrew Freeman’s talent, this tune gives the perfect introduction, he deliver the goods with a power that compliments the sonic invasion of the song.

“Martyr” is a galloping track, pushing the pedal to the floor with a mixture of old school with more modern sound and feel to it, some sort of a vibe that can be felt throughout the entire record, and includes a savage solo from Campbell. There’s a nod to Black Sabbath’s “Neon Knights” in it, and the backbone groove courtesy of Appice and Bain, is simply spot on.

“Starmaker” takes things down a notch, tipping its hat to the classic DIO sound, but is still full of the sort of power and dynamics you would expect at this point. This song is a magical nostalgic trip back to the golden era of one of metals finest bands, to the point I would close my eyes and imagine Ronnie singing it himself. Freeman excels at this, with his most melodic and powerful performance, only matched by an equally impressive and hirsute guitar riff from Campbell.

“Burn This House Down” begins with a massive and infectious riff, serving up again a tasty mixture of modern and classic metal. The whole tune stays mid-tempo with Freeman phrasing like a master, backed for some additional vocals in a pure 80’s style chorus, and adorned by another emotional solo by Campbell, who definitively pulls all the stops in the record offering one of his most complete performances in years.

If you thought “Martyr” was a fast tune, “I Am Revolution” will make you think again. It is simply an all-out rocker tune, showing how fast and hard hitting the band can climb. It hits the accelerator pleasingly, wrapped up in a powerhouse rhythm section lead by a killer bass line courtesy of the one and only Jimmy Bain. It is a take-no-prisoners song and Campbell gives yet another fearsome class of a solo, leaving his guitar pleading for mercy.

At the midpoint “Blame it on Me” comes with a genuinely dark and brooding sound and a chorusing riff sporting a definite calculated vintage DIO feel. Bain’s bass buzzes like a killer bee and Mr. Campbell’s guitars build a fantastic layer-cake of rich sounds, full of inventive passages and a soaring solo (I know I’ve said it before, he’s simply on fire), slightly too short if you ask me. Once again Freeman proves himself adding exactly the amount of tension required for the song to reach a crescendo.

The title track “Heavy Crown” comes towards the end of the album. It kicks off with some moody and sluggish tones and gradually evolves into a Zeppelinesque ambience, with a jazzy vibe to it and some Think Lizzy nuances here and there. It is all about atmosphere, and it creates a great noise upping the tempo towards the chorus before falling away again. It is one helluva track, filled with emotion in Freeman’s singing.

There are many more excellent moments in this album, as the standard of playing is superb, with particular mention once again to the monster rhythm section of Vinny and Jimmy laying down the backbone for quite one of the most inspiring and voltaic guitar maneuvers coming out of Mr. Campbell’s portfolio. This is a starry release, full of nods to the band’s members past, but with a new direction, and there’s no greater praise to say that I’ve imagined Ronnie James singing these tracks himself. They have captured the essence of this legendary music while taking their interplay to a new level. This is music that can be described as nostalgic, effective and at the same time edifying.

It’s a sign of a good album when you catch yourself either humming a track whilst doing housework or singing a refrain in the shower, and yes, I’ve done both a lot ever since I laid my hands of it. As someone said once “There are more hooks on this album than on a strip of Velcro”.

There’s also an element which makes this album very special: it turned out to be Jimmy Bain’s musical testament as he untimely passed away last January 23rd while on tour with the band as part of the Def Leppard’s Hysteria on the High Seas Cruise. Bain remained a member of DIO for the heavy metal act’s first four albums (1984’s The Last in Line, 1985’s Sacred Heart, and 1987’s Dream Evil) as well as their 1986 live album Intermission and also played with a myriad of other bands, from Rainbow to Think Lizzy, Wild Horse, Gary Moore and even Scorpions. He was highly regarded as arguably one of the most influential heavy metal bass players of all-time, and his legacy will live on in this brilliant recording.

Do yourself a favor, and buy the album. Highest recommendation.