Whether you know his voice from ARK, Masterplan, Avantasia, Ayreon’s 01011001 album, or in collaboration with “Sir” Russell Allen, if your musical journey has ever taken you within earshot of power metal, you know Norway’s Jorn Lande very well. In his prodigious body of work as a solo vocal artist, his band is eponymously known simply as Jorn. His 2019 Live On Death Road has just been released to CD, MP3, DVD, and Blu-Ray, offering an impressive 50th Birthday look at the voice of so much of European metal in the last twenty years.

The live show begins in the dark, with atmospheric keyboard textures and steel string acoustic, before the man himself steps out into the spotlight, to deliver the appropriately autobiographical “My Road.” This sets the stage for the full band to join him onstage, to “Bring Heavy Rock to the Land.” He is supported by his go-to Les Paul slinger Tore Moren, Hardline veteran Alessandro Del Vecchio on keys, Jorn band regular bassist Sid Ringsby, and heavy-handed Polish beauty Beata Polak on a very nice Pearl kit.

The band tightens up and delivers on the third track, “Life on Death Road,” the title track of his 2017 studio album of the same name. The riffing and tempo are textbook 1987 Whitesnake, with a hint of No Rest For the Wicked, but who doesn’t love that? It’s a great little number for getting the crowd energized, replacing smartphones with fists in the air. It’s a real showpiece for Tore to demonstrate some versatile chops, including slow bluesy leads on the neck pickup, and launching into some all-out pyrotechnic shred on the bridge pickup, vibrato false harmonics and all.

The set employs a bit of power metal time travel to summon “Blacksong,” a hit from Jorn’s 2006 Duke album. The bass pumps right along with Beata’s crashing Paiste cymbals as Jorn turns up the showmanship to his usual over-the-top level. Tore makes un-Hammettly judicious use of the wah to bring a lovely solo a la Voodoo Circle flavoring. The song closes out with Ms. Polak beating the living hell out of the toms to great effect.

Jorn’s live set continues with catalog classics including “Stormcrow,” “Sunset Station,” and “Out to Every Nation.” It may be footage from another night of the tour, but from “Traveller” onward, Beata Polak is replaced by Primal Fear beast Francesco Jovino on the drums. Since the kit instantly changes from Beata’s personal Pearl kit to become Francesco’s Tama kit, it would presumably be a switch to footage from another show. The band visit Jorn’s recent Life on Death Road one last time to perform his likely autobiographical “Man of the 80s,” which brings some welcome arena AOR vibes to the show. 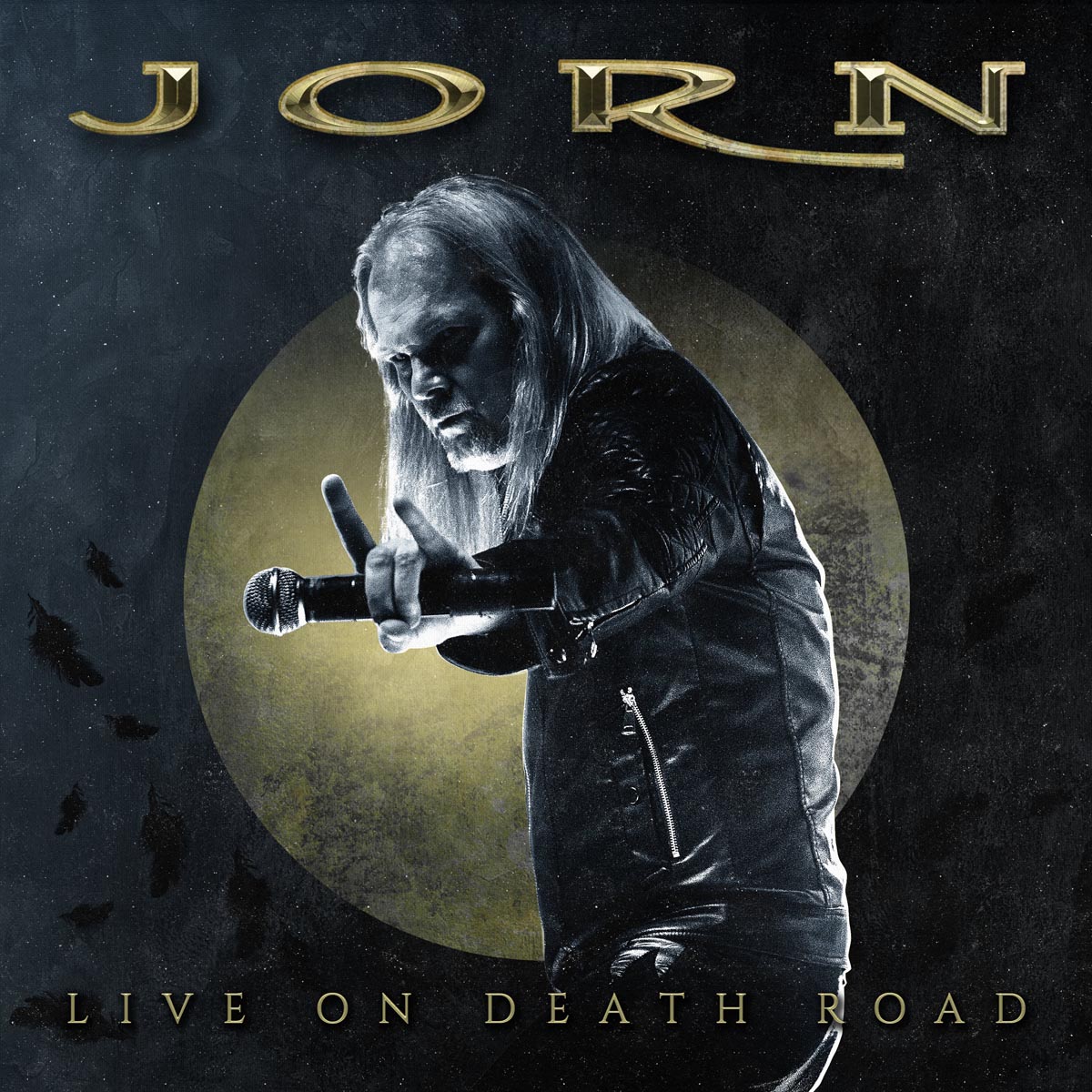 Jorn Lande has never been shy about his devotion to Ronnie James Dio, and it is with this in mind that the band launches into a faithful and high-power rendition of Sabbath’s “The Mob Rules.” Let’s be entirely real; no one has ever sounded like RJD except Ronnie himself. That being said, Jorn nonetheless delivers a fantastic tribute. We also think Tony, Bill and Geezer would honor the rest of the band with a stamp of approval. The band strikes while the iron is hot, and pushes on with “Rainbow in the Dark.” One notable choice is to tone down the keyboard action and amp up the guitars, to modernize the track just a bit by reducing the amount of fromage called for by the original recipe. Jorn himself does just as fabulous a job with this RJD track as he did with “Mob Rules,” and it’s definitely a crowd-pleaser.

The band then wraps up the set and closed out the night with “Lonely Are the Brave,” the title track from his similarly-named 2008 record. The track is a prime example of Jorn’s sound, drawing upon his love for the Sabbath–Purple–Whitesnake–Dio family of legends. From the driving bass to the snarling British guitar amp sounds, the track is a great choice to tie off a memorable evening.

While the show is required viewing or listening for the regular Jorn aficionado, it is also very listenable and accessible to any die-hard rocker from the old school. The camera work is blessedly conservative in its camera changes, and logical in focus. The stage lighting is not the best in class, but it does the job, and the action on stage can always be seen and appreciated. The sound, at least through Mackie monitors is robust and well-mixed, a good example of how far live sound has come in the last 30 years. The mix is actually done by Alessandro Del Vecchio himself, which explains why it sounds good to a musician’s ear. For those of you who will enjoy it in a home theater setting, the DVD and Blu-Ray have a 5.1 surround mix, which should be even better. All in all, it’s a really fun rock and roll night, and you can pick it up at the usual retailers, or directly from the label, Frontiers Music, right here.

While we know Jorn still has much more to offer in the future from his bag of tricks, this 50th birthday tour of his over the last year serves as a perfect snapshot to commemorate the body of his work to date. His vocals are as strong as ever, and this show brings a tightly solid band to perform a respectable review of his solo catalog. A few tracks from other collaborations would not have been unwelcome, but even without, the set is a great hard rock / power metal romp, absolutely listenable for all but the most over-the-top metalheads