There are few ways so apt to express disillusionment with the state of the world than poetry steeped in the darkness of doom, made all the more palatable when painted across a progressive-inspired canvas. The next storytellers of the fallibility of man bring us their debut album “The Arrows of Our Ways,” anguished and discordant with the fury of black metal and atmospheric doom. Overlaid with rich melodies of some less somber tale, Seattle-based Izthmi are unafraid to borrow from a plethora of sub-genres as they take this first album to explore both their distinct sound and thematic elements that connect with it most strongly.

Despite the apparent dismal dreariness that defines Izthmi’s work, the five-piece act use “The Arrows of Our Ways” to depict a journey towards inner peace, a solace that can seemingly be attained through the ethereal powers of love. Given its raw and upfront might, there is little love to be found on the surface of “The Arrows of Our Ways,” an album which harnesses howling wails as the fuel to a static-filled fire. At times the guitars are dissonant in the echoing desolation of old school black metal, but at other times tend towards the occasionally nebulous atmospherics of blackgaze projects such as Alcest. In yet another strange piece to the puzzle of Izthmi’s creation, the song titles span to such lengths that even angst-filled emo bands would blush at their verbosity.

Borrowing from not just atmospheric elements alone, “Chasm” is a track inspired by that of noise bands, comprised of an onslaught of sound that gives the impression one’s headphones might be broken. Given the sticker on the label that advertises a predominantly black metal style, these three minutes grow increasingly uncomfortable as dump relentless feedback and static at the listener, as though it were designed to be a deterrent from accessing the rest of the album. Getting past “Chasm” finally leads the listener to the greener pastures of “To Traipse Alone,” which finally ushers in the brutality of black metal, giving nods at the dirges of doom in their melodies. “To Traipse Alone” sets the scene for lament, vocalist Jakob Keizer’s howls filled with such fury that they seem a pure antithesis to weeping. 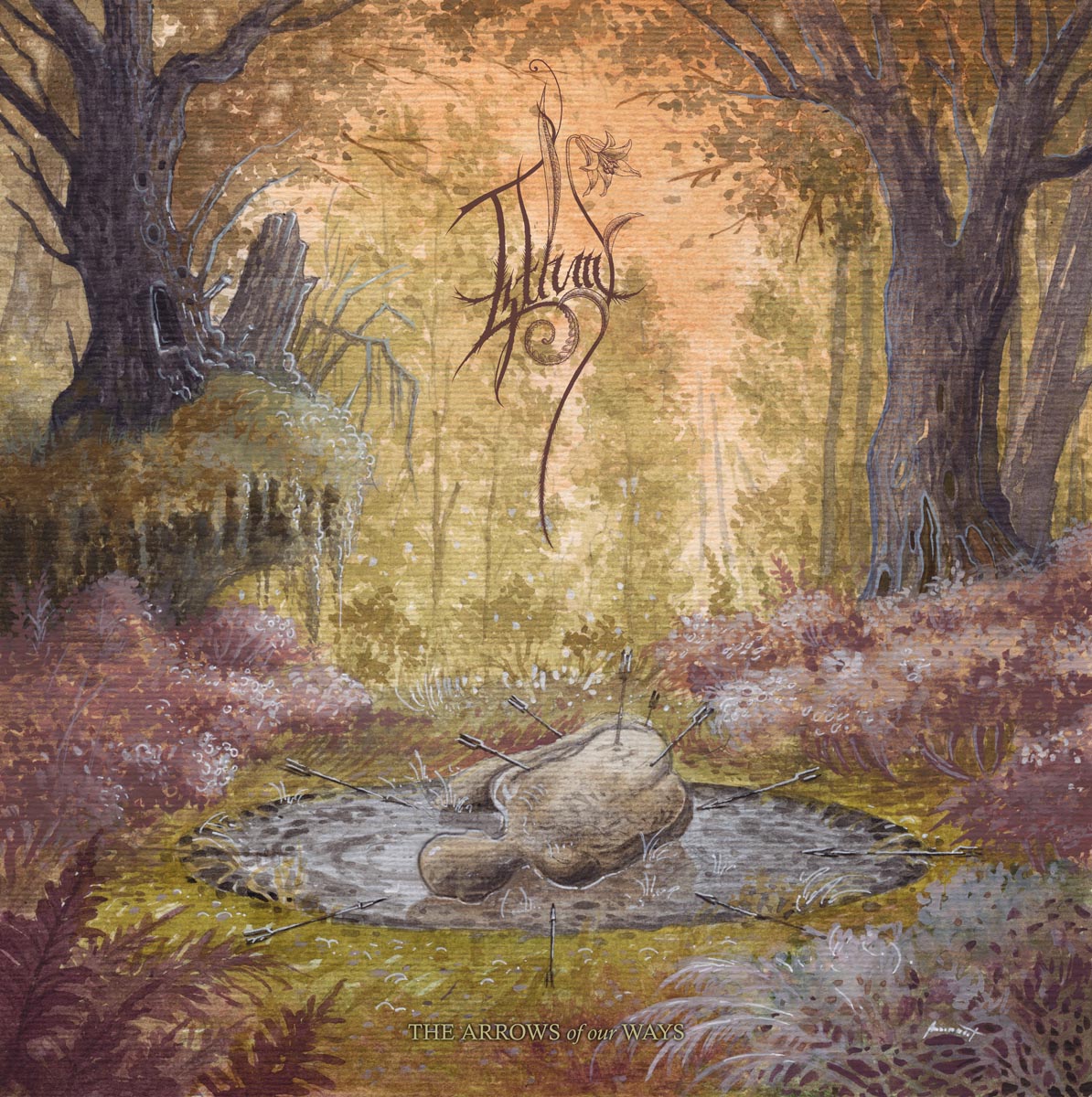 “The Arrows of Our Ways” Album Artwork

Aside from guttural roars, Keizer is the musician behind the synth that blossoms sparingly across Izthmi’s stormy skies, but is a certain nod to their melodic and progressive undertones. Guitarists Autumn Day and Brett Tomsett are responsible for filling out the instrumental interludes that punctuate Keizer’s vocal onslaught, the pondering breaths of fresh air where the desperation of Izthmi’s anger gives way to a more deliberative contemplation. Among such noteworthy passages is that on “Useless is the Song of Man, From Throats Callouse d by Name.” Piqued by waves of speed that depart from a more funerary undertone fueling much of “The Arrows of Our Ways,” this track gives an uncanny picture of the emptiness left in the wake of anger and confusion, gently echoing notes just one breath from silence.

A somewhat inconsistent ebb and flow is the definitive feature of “The Arrow of Our Ways,” at times pressing in on speed as though it were their definitive redeemer, and at other times leaving the listener almost entirely alone. However, given the harshness of those more intense moments, such a stylistic measure proves apt for the story Izthmi strives to tell. In personifying the chaos of a deeply personal journey, such a wavering intensity truly captures the human experience. If anything, Izthmi regards the ability to feel a spectrum of such vivid emotions as a gift that should be embraced along the course of exploration, rather than shunned for their mere existence.

Drawing from both black metal and progressive atmospherics, this debut is well on its way to defining a distinct style for Izthmi to forge ahead with, one which perfectly compliments their penchant for the poetic. There are a few distractions in the songwriting and production, particularly the rough transitions from instrumental segments to the introduction of vocals, which are abrupt in a way that doesn’t appear to be intentional. For the most part, each musician is granted the fair opportunity to showcase their prowess, but the drums seem to vary in their balance from song to song. However, redemption is found in flourishes of bright guitar work that betray the musical roots from which Izthmi draws, both in rhythm and lead segments. Melancholic through-and-through, “The Arrows of Our Ways” is a clever, if not desolate look at what it means to find meaning and peace in our turbulent times.

“The Arrows of Our Ways” Track-listing:

Though they may be newcomers to the atmospheric black metal scene, Izthmi brings confidence in a debut brimming with fresh vision for poetic dissonance. Gaining their footing with the search for peace and love among anguish, "The Arrows of Our Ways" captures the human spirit with uncanny grace.