As a genre, progressive rock provides one of the most broad and versatile canvases for artists to make a statement, free from a number of other conventions. A part-time project built on the versatility of keys, InVertigo seamlessly capture a number of musical eras in their work without ever losing a strong sense of artistic enthusiasm. Their latest album, titled “InMotion,” comprises six tracks that are as diverse as they are closely related. While “InMotion” lacks the same overall conceptual approach as the band’s earlier albums, these six distinct works of art tie together in a natural story that pulls from a sense of refinement and internally motivated creative power.

Though comprised of only five musicians, InVertigo thrives on the fact that its artists are multi-instrumentalists. Vocalist Sebastian Brennert is also responsible for InVertigo’s piano contributions, while keyboard player Michael Kuchenbecker also takes charge of the synthesizers that build the backbone of InVertigo’s easily digestible melodies. Dynamic in their instrumental depth, InVertigo has created “InMotion” to be both accessible for newcomers yet complex enough for longtime prog-rock aficionados. Soothing and mellow as much as it is energetic, “InMotion” hovers just out of easy listening range with the artist’s enthusiasm blending effortlessly with their musical prowess.

Each of the six tracks tend to stray on the longer side, most surpassing the six minute mark, though not a minute is wasted. An ever-fluid exchange of instruments leads to peaceful interludes which segue into impassioned vocal deliveries, passages which then melt away into galloping solos that make the listener question the peace that they had been initially lulled into. Opening track “Interrompu” is both rich and impactful, full-bodied synth making the song swell and soar with incredibly organic development. Growing and evolving as though it were a living being, the sharp synth seems draws parallels to the punchiness of progressive metal, including the metal opera project Ayreon. Even with aggressive peaks before verses, the course of “Interrompu” is one that follows with natural grace, particularly as Brennert’s vocals wrap around spirited riffs.

Where “Interrompu” has a feeling reminiscent of 80s prog-rock, other parts of the album shift from a retro-70s touch to more ethereal modern progressive tastes. Even amidst this diversity, third track “Severn Speaking” escapes classification as an offering of primarily spoken word. Overlaid on a steady bed of strings is a recording of a 1992 speech by climate activist Severn Suzuki, words that feel like an almost perfect reflection of popular present-day sentiments. Using the words of a monologue that could have easily played on the news within the last year, InVertigo delves into a channel of creative expression that has been used sparingly in the past, including by alternative rock group Linkin Park. “Severn Speaking” is not the exception when it comes to the messages presented for listeners within “InMotion,” tending to err away from poetry and metaphors in favor of much more straightforward storytelling. 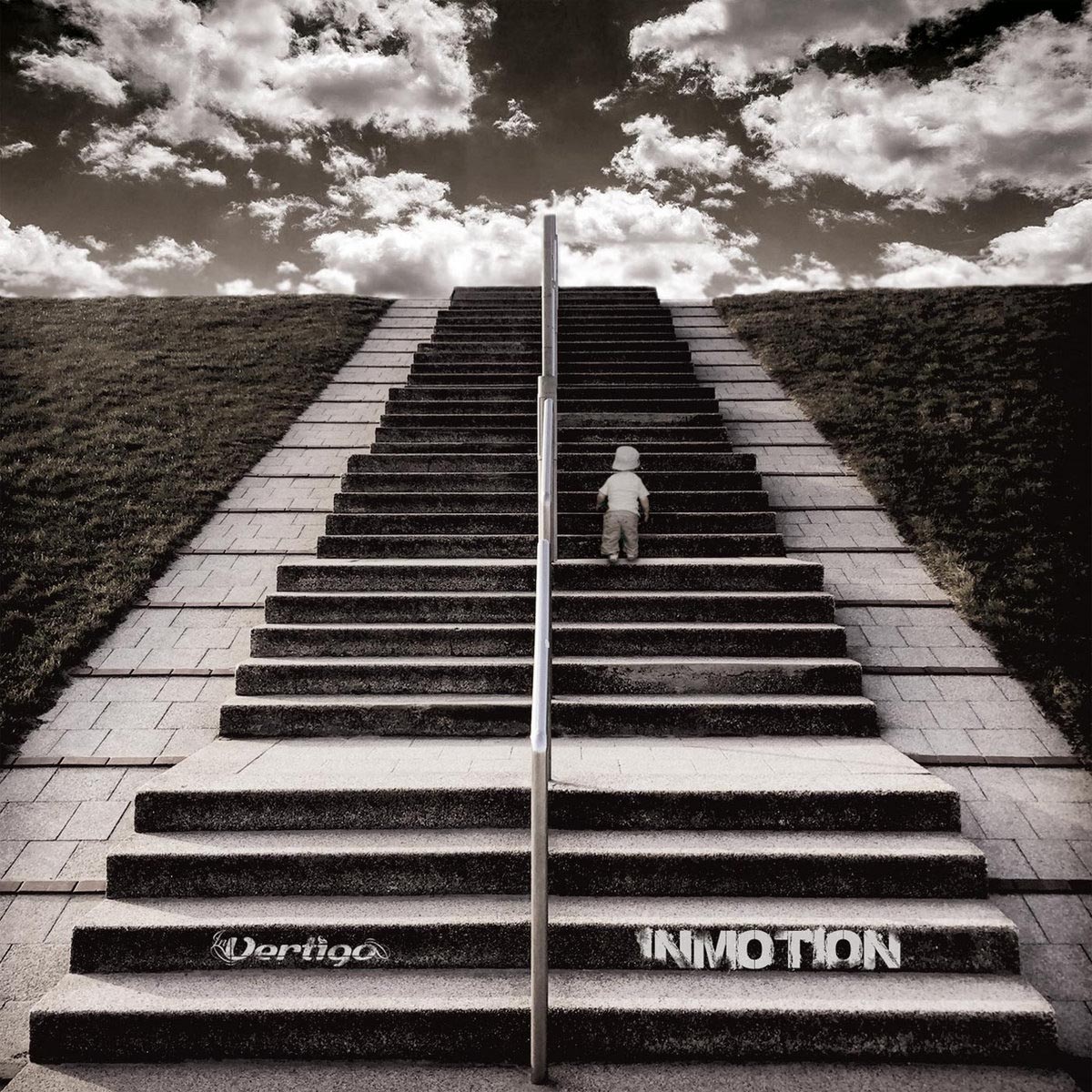 For a song that portrays simplicity and joy in its message one needs to look no further than second track “Listen to the Smell of the Pretty Picture,” a tender exploration of the overlooked pleasantries in life. Such subtle and joyous sensations are painted lyrically while equally nuanced compositions are covered instrumentally, alternating between a vocal-led mix and the layered synth progressions that make InVertigo so noteworthy. Tying back to the same style that was solidified in sophomore album “Veritas,” “Listen to the Smell of the Pretty Picture” is even more proof that seven years spent in hiatus were well-utilized to develop an evolved style that shows numerous marks of maturity. “InMotion” is a display of growth in musicianship and compositional strength that shines through even in some moments of lyrical simplicity or less-inspired guitar.

Distinct themes allow each song to maintain a distinct concept and distance from one another, but subtle motifs embedded in riffs and bridges give the album a very real sense of continuity. By the closing duo of “Life Part I: Random” and “Life Part II: Metaphors,” it feels as though a story is reaching a natural conclusion. These closely related tracks do well to explore the touches of modernity that fourth song “Wasting Time” flirted with only gently, pulling in synth arrangements that are cinematic in their upbeat melodies. Matthias Hommel’s bass has the opportunity to dig in with renewed vigor for a finale that breaks effortlessly through the atmosphere painted by a sea of keys.

Showing off their confidence after a break that spanned seven years, “InMotion” is a powerful display of InVertigo’s creative energy. Utilizing keyboards and synth to build a distinct identity within the umbrella of progressive music, the long and winding tracks of “InMotion” shift between soothing melodies and pure electric energy. Drawing somewhat haphazardly from different eras of influence, progressive rock served as the ideal delivery system for a number of messages that seem to come directly from the musician’s hearts. InVertigo has made a valuable addition to their discography, one which has further cemented their unique synth-rooted style in the realm of modern progressive music.

Between calm waters and turbulent seas lies the synth-heavy craft of progressive rock band InVertigo, coming forth with an album that vibrantly showcases the efforts of perseverance and commitment to a creative vision. Sampling from a number of other eras and genres, “InMotion” is an accessible and enjoyable work of art which shines bright with natural enthusiasm.