“The only word is love, an infinite loop in continuum.” This line, taken from the track “Annihilation: The Mothership of Light”, may hold a clue to the genesis of In Continuum’s name and essence. It is somewhat ironic that the infinitely delayed realization of a sophomore album from the band Sound of Contact resulted in a pair of concept albums called “Acceleration Theory”, but considering these two parts were both released in 2019, it appears that mastermind Dave Kerzner is finally on an accelerated roll. If you’ve just come in to the story and need to take a step back to figure out the relationship between Sound of Contact and In Continuum, you may want to refer to our review of Part One: AlienA. Given the similar structure and the revisiting of themes throughout both albums, not to mention the continued story-line, we suggest that the listener consider both of these separate releases as one double album, released eleven months apart. Indeed, the full impact of the story is best revealed when listening to them both back to back.

Before we begin with Part Two, there is a calling to revisit Part One and become reacquainted with how strong an album this is. With a cast of truly first-class musicians forming the core band and then adding notable special guests, the performances flesh out the solid songwriting to present a classic sci-fi story that is brimming with prog-rock goodness. Part Two naturally moves the plot forward with a similar sonic backdrop. The core band is basically intact, though there is a bit more Fernando Perdomo and Nick D’Virgilio this time around. The musical inspirations are once again drawn from a healthy mix of Genesis and Yes, with Pink Floyd reigning supreme in their influence. These giants have formed much of the basis of the Kerzner sound and for his fans this is far from a liability but rather a stamp of approval, resulting in fresh new songwriting from a familiar and beloved template.

The instrumental “Impending Annihilation” opens the album, a bit like the overture “Acceleration Theory” did on the first album. This delivers one of the strongest melodic themes of the album, and foreshadows a more aggressive version later in “Invasion” when Kerzner adds his driving vocals. The lead synth lines over D’Virgilio’s full drum kit and multiple guitars from McStine and John Wesley is completely satisfying. “You Don’t Know How It Feels” picks up the story where the main character Kai (played by Gabriel Agudo) is wrestling with the truth he knows within himself of light and love, but how to communicate this to a world that is going to war? We get a special cameo on this song from Michael Sadler (Saga) who Kerzner befriended at the Progstock and Cruise to the Edge festivals. The only piece missing from the song is an incendiary guitar solo, which could have elevated it to the next level, but that is apparently meant to wait until the end of the album. “The Path” then offers a none-more-Gilmour performance from Kerzner on this Floydish tour-de-force (kind of a “Short and Sweet” by way of “Terminal Frost”) with some nice Yes’ish moments thrown in from the always-willing Perdomo who can channel Gilmour and Howe at the same time.

Several short segue pieces are weaved throughout the album, a Kerzner staple, and one of the most successful of these is the brief “In Her Cocoon” where AlienA connects telepathically with Kai light years away, as she is still banished from re-engaging with Earth. This then flows into “AlienA Pt 2” where Gabriel again unleashes his “I want to hold you” vocal line which makes the listener wonder if “Peter” is actually his first name. “Vampires of the Soul” more fully explores the mysterious creatures known as ‘scavengers’ with Gabriel sounding his most demonic. But since it isn’t Kerzner’s thing to introduce growl vocals into his sonic template, the scene stays firmly entrenched in a PG rating. “Know That You Are” is one of the album’s songwriting highlights, a lovely ballad in the vein of Kerzner’s own “Secret”. D’Virgilio’s spacious percussion serves the piece as does Perdomo’s sublime but subtle guitar skills. The repeated line “come back” can’t help but echo the Simon Collins-sung lines in Sound of Contact’s “Beyond Illumination”, further connecting the two bands. 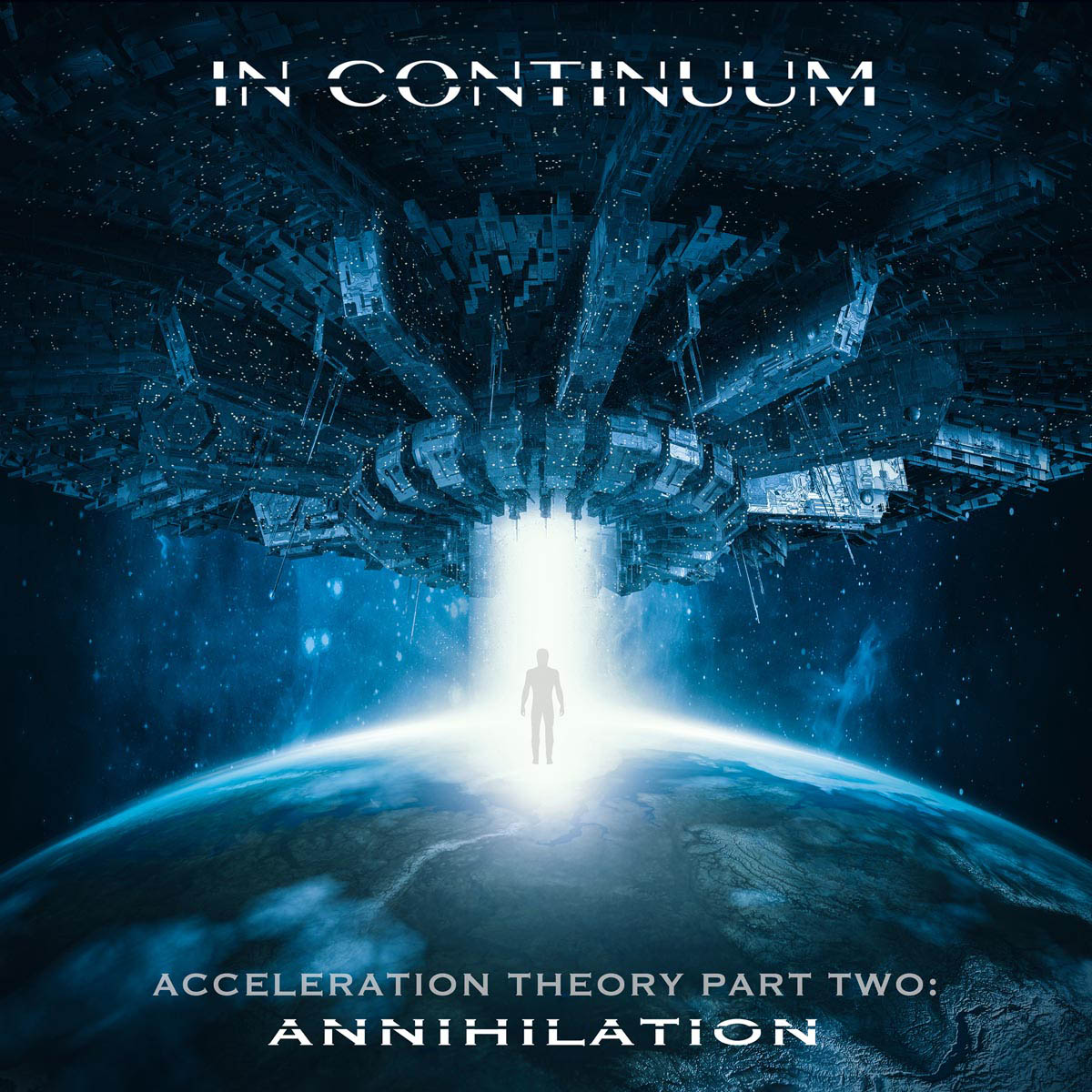 Unlike Part One, this album hold a 20-minute epic, broken into four sections and reprising some previous themes. In many ways, the core of the entire album coalesces in this one piece. We get a nice Kevin Gilbert infusion, as Kerzner affectionately references a vocal technique used in Gilbert’s song “Shadow Self” which the two friends played live together over two decades ago, delivered here with a robust choir of voices. The entrance of the aliens is curiously heralded in by a similar horn motif used by the aliens in “War of the Worlds” (or was it “The Quiet Place”?)…this must be how alien invasions prefer to be announced? The “Invasion” section is top notch and as fine a vocalist as Gabriel is, there is something very satisfying about Kerzner singing his own material. The story line continues to play out with the destruction of mankind (in essence, saving mankind from itself by being the first to destroy the human race before we do it to ourselves!) until Kai reveals to the invading aliens his “super powers” that AlienA has infused in him. This impresses the alien Council and gives them reason to pause, considering that humans may be able to evolve after all and therefore maybe don’t need to be destroyed. The last section is kind of like Richard Dreyfuss getting to go aboard the spaceship at the end of Close Encounters, as Kai experiences the wonder of the mothership and is reunited with AlienA. Rewardingly, the epic closes with a triumphant solo from Randy McStine. The finale of the album “Interstellar Reunion” is a fitting anthem of “We are made of stars” sung by Jon Davison which satisfyingly brings the double album saga to a close.

There is no question that Kerzner loves to combine sci-fi with progressive rock and thus the two parts of “Acceleration Theory” seemed inevitable to have come from his muse. You can almost hear the voice of James Earl Jones ringing out, “Dave…it is your DESTINY!” In that regard, his work here is done. Along with previous albums “New World” and “Dimensionaut”, Kerzner and friends have provided plenty of material to dazzle the astronaut within us all. The spiritual aspect of the theme also evokes the mystery that the cosmos offer us. It’s helpful that the accompanying booklet gives the full story-line and lyrics, as some of the vocals are a little hard to make out, either being a bit buried in the mix or overwhelmed by the repeating-vocal delays. Perhaps a novel or movie dramatization will be his next ambitious project some day. But for now, if you are also a fan of science fiction and classic prog-rock, you will likely find a welcome home in this universe that Kerzner has created.

You can order the digital bundle of both albums in high resolution audio (24 bits, 96 KHz) from here, the digital album here and pre-order the CD at this location.
Released by: Independent
Released Date: November 15th, 2019 (Digital) / November 28th, 2019 (Physical)
Genre: Progressive Rock

The Dave Kerzner-led collective known as In Continuum bring their sci-fi prog story to a close with the dauntingly-titled “Annihilation”. Fans of Kerzner’s earlier work, including Acceleration Theory Part One, will welcome this conclusion as it continues along similar lines with skilled musical performances and songwriting.