Another storm rages from the blacksmith’s forge.

For those who remember the resurrection that heavy metal experienced in the late 1990s in Europe, the name Hammerfall embodies the most nostalgic side of said time period, bringing a thought dead sound once purveyed by the likes of Manowar, Accept and Judas Priest with enough of a power metal edge to keep company with the Helloween-oriented contingent that was dominating the European scene. But for all the rest, they are a longstanding metallic institution that lives up to their namesake by bringing the impact factor through a combination of hard-hitting riff work, and also leaving an impression with a formulaic songwriting approach that puts an emphasis on arena oriented bangers. Barring a brief interlude in 2011 into the world of the zombie apocalypse via the album Infected, they’ve stuck to a consistent message of metallic heroism underscored by the visual of a hammer-wielding knight in varying landscapes and dispositions, and their eleventh LP Dominion proves to be no exception.

While this is an album that can be best described as playing it safe from a standpoint of stylistic evolution, the musical results offered up are anything but that. Helmed by the squeaky clean yet masterful pipes of vocalist Joacim Cans, affectionately known by those who have witnessed his handwork live as he who is small in stature (at least compared to the towering Viking and band founder/guitarist Oscar Dronjak) yet quite wide of range, this latest opus strikes the iron with a ferocity to rival the masterworks that this outfit offered up during their formative period circa 1997-2001. About the only consequential changes in the band’s lineup since time period in question was the exodus of virtuoso bassist Magnus Rosen and lead guitarist Stefan Elmgren, the latter being replaced by an arguably more technically proficient guitarist in Pontus Norgren who is the other standout player in this game of notes, often rivaling the likes of Marty Friedman and Paul Gilbert with his shred-happy guitar solo work. 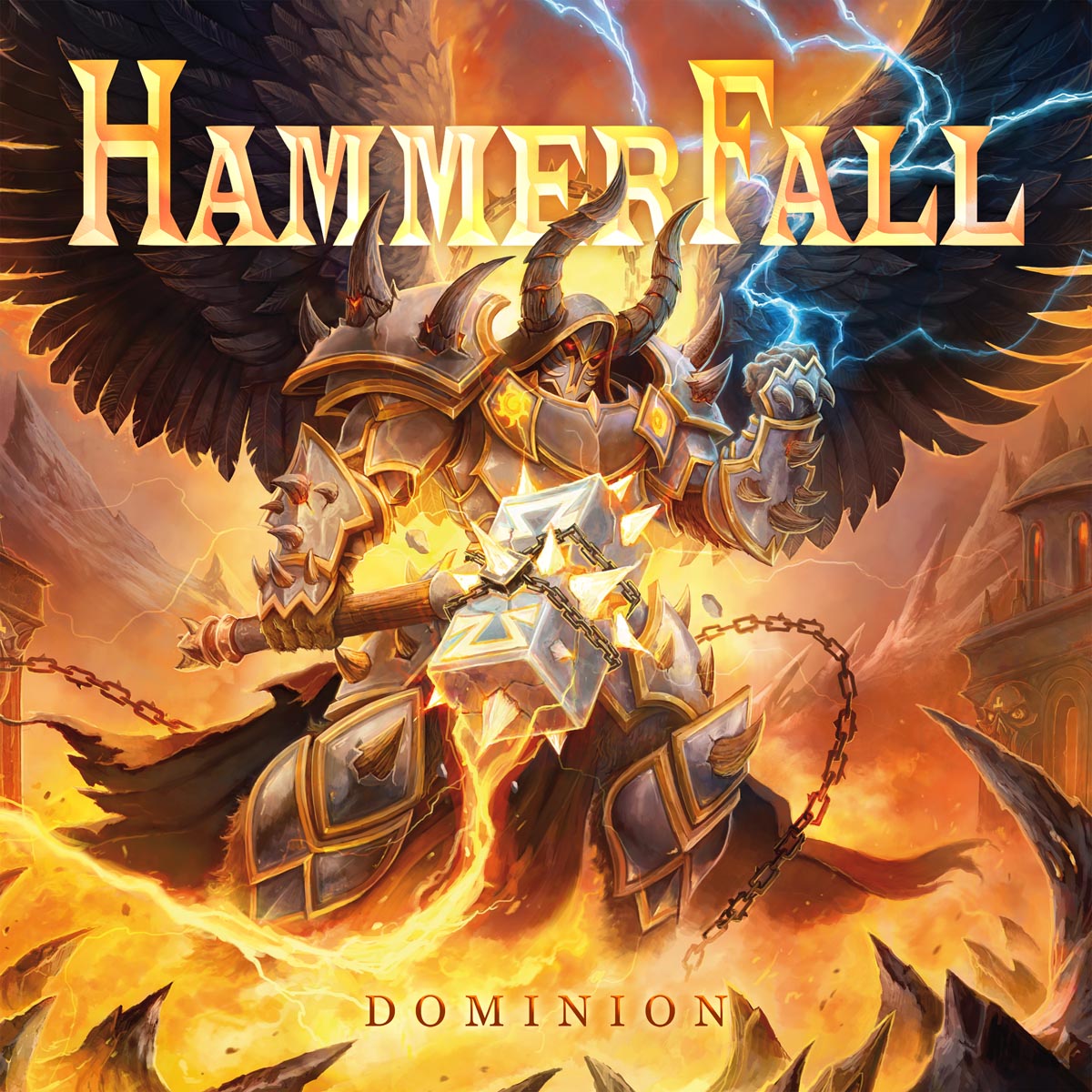 Relative to the past few couple of albums that preceded this one, i.e. the returns to form that stand between the present and the somewhat underwhelming Infected, this album is marked by a greater degree of energy and flair that hearkens back to the original spirit that made Hammerfall a household name. High octane power/speed metal anthems such as “Scars Of A Generation”, “Testify”, and “Bloodline” flirt with territory normally reserved to the likes of Primal Fear and various other German speed metal bands that have been refining the sound originally pioneered by Priest’s magnum opus Painkiller in the musical department, though tempered a fair bit by Joacim’s smoother vocal delivery. Likewise, the cruising opener “Never Forgive, Never Forget” largely punches through the speakers in a grandiose manner, though opening and concluding on a serene, atmospheric note that is ironically drenched in a melodeath vibe.

Though definitely comprised of more speeding mayhem than any other album that has carried the Hammerfall moniker during the 2010s, Dominion is not an album that forgets this band’s strength in a wide array of expressions within the power metal style. Taking a cue from their magnum opus and second LP Legacy Of Kings, two ballads are offered up here in “Second To One” and “And Yet I Smile”, the former being a piano-driven turned heavy affair that listens like a shorter recap of “Glory To The Brave”, while the latter has a bit more of a vintage Iron Maiden feel and drips epic goodness from one moment to the next. A couple of down tempo crushers after the Accept mode in “(We Make) Sweden Rock” and the triumphant title anthem “Dominion” rule the roost like twin responses to Balls To The Wall, with the somewhat quicker bruiser “Dead By Dawn” nipping at their heels. Even the moderately quick paced speeder “Chain Of Command” makes itself distinct with a fiery, high end vocal delivery out of Cans.

While this has been a band marked by a consistently good studio output since their inception over two decades ago, there has naturally been a contingent of their core fan base that has found most of what they’ve put out following Renegade as being a tad short of former glory. Dominion is an album that seeks to reclaim that glory and succeeds on all fronts, listening like a near perfect composite of Glory To The Brave’s raw power, Legacy Of Kings’ speedy and catchy majesty, and Renegade’s polished grandeur. Though what they’ve put out since those albums has been possessed of varying degrees of greatness, this album is the first one since the early 2000s to truly embody that unfettered energy that made the early days of the power metal revival so exciting. Any self-respecting fan of this band will want to blast this baby out until their speaker are blown, and those who have been sitting on the sidelines for the past 18 years waiting for another certified classic need look no further than the horned, raven-winged, lightning-wielding knight that’s about to fell his mighty hammer upon their disbelieving craniums.

The ironclad, hammer-wielding hero of yore comes raging back from the studio after a 3-year crusader’s tour to send sparks flying from the enemy’s armor, smashing forth with the same degree of impact that put him on the power metal map two decades ago.