How can a piece of music hold such beauty and impending dread at the same time? For nearly 20 years, Norwegian sextet Gazpacho have excelled at creating atmospheric meditations on somewhat challenging or disturbing themes. With “Fireworker” they have outdone themselves, creating a concept which in some ways encompasses all that has come before and pushes the envelope even further. As usual, the premise is conveyed via achingly exquisite soundscapes, at times beguiling in their ever-changing nature. In this new release they offer five chapters to present their exposition, three shorter works book-ended by two longer pieces over 15 minutes in length. It’s a convincing approach, especially given the quality of the material. For fans of earlier heralded albums like “Night” and “Tick Tock”, there is much to appreciate here. But first, let’s dive in to what this so-called fireworker really is all about, so that the listener may determine if they’re ready for the curtain to be pulled back.

You probably aren’t aware of how the Fireworker – or Space Cowboy as it is sometimes referred to – plays out in your own life. That is by design. For it is the puppet master pulling all of our strings, the unseen author who pens all of our story-lines in its relentless effort to survive. It’s probably best to let keyboardist Thomas Andersen describe it himself: “There’s an instinctual part of you that lives inside your mind, separate from your consciousness. It’s an eternal and unbroken lifeforce that’s survived every generation, with a new version in each of us. It’s evolved alongside our consciousness, and it can override us and control all of our actions.” A benevolent force to support us in being our best? Not quite: “It will silence the parts of our mind that feel disgust or remorse so that we’re unable to stop it. The conscious part of our mind will actually ‘rationalize and legitimize’ those thoughts and actions so that we never discover the beast behind-the-scenes. We’re all just vessels—or “Sapiens”—that the creature uses until it no longer needs us.”

Feeling cozy yet? Yes, this is the underlying theme which runs through the hypnotic waves of Gazpacho’s atmospheric stylings. At least the harsh truth goes down easy with music like this. Just play along and the Fireworker will “reward you like a puppy and let you feel fantastic; if you don’t, it’ll punish you severely.” Got that? 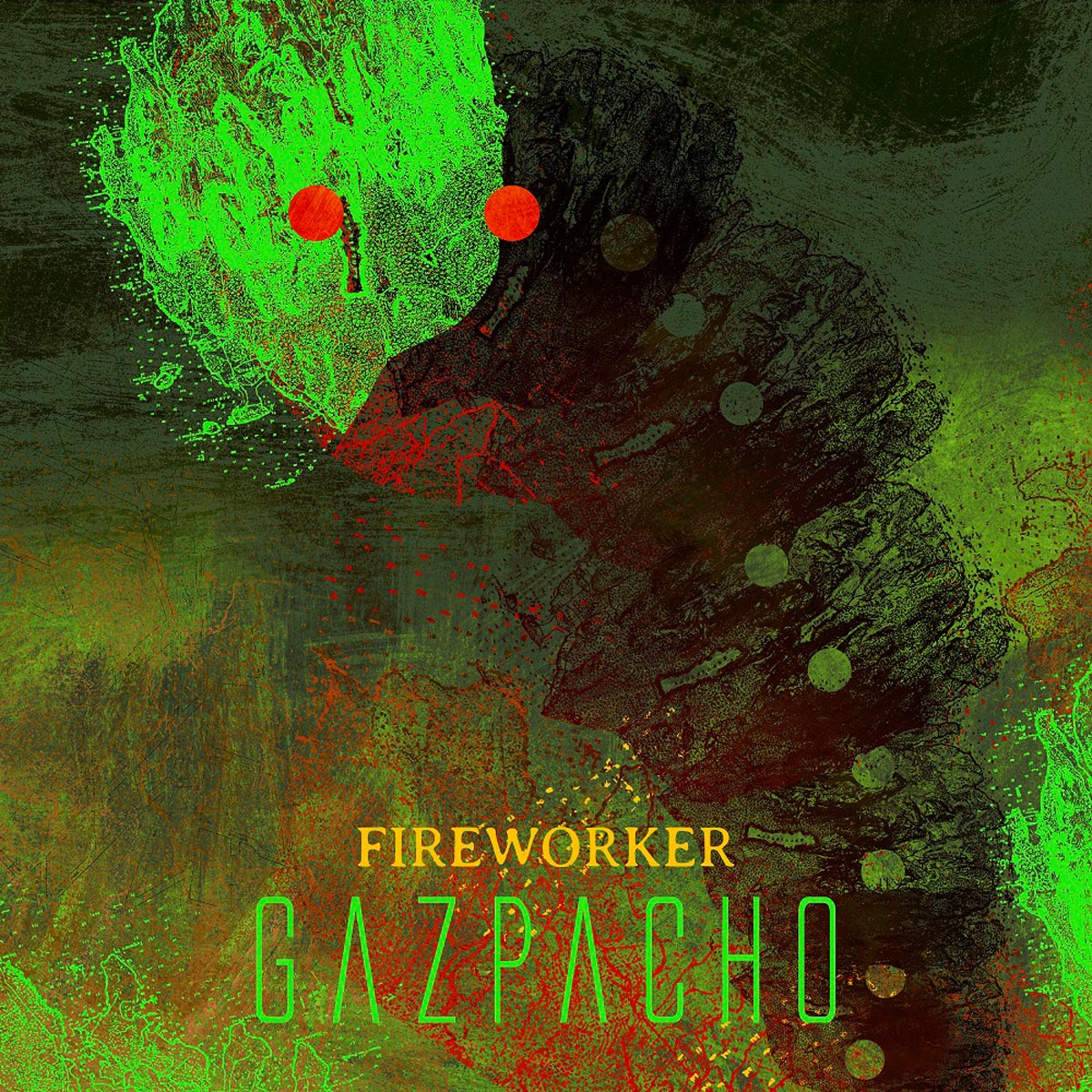 Epic opener “Space Cowboy” sets the scene, a 20-minute piece essentially compromised of four connected 5-minute sections. The simple piano motifs that open the piece underneath Jan-Henrik Ohme’s signature vocals soon give way to a grand entrance from the band in one of Gazpacho’s finest moments with Kristian “Fido” Torp’s bass lines propelling the piece forward. However, it’s more than a little frustrating that the full band kicks in and out with each chord progression cycle initially, making it difficult to fully immerse one’s self into the composition. Perhaps that reflects the nature of the subject matter. This quality continues to challenge the listener throughout the album, with the band seldom locking in to one repeating progression for very long. The third section is called “Clockwork”, released separately as a single, conveying an intensity which builds and eventually releases through explosive guitar fireworks in one of the band’s heaviest moments.  There are surprises along the way as well, not the least of which being a full choir who significantly add to the second and fourth movements of this piece, ultimately closing its final moments in spectacular fashion. All in all, this first album-side nearly overwhelms the listener with its range and inventiveness, inviting repeated listening even before continuing on with the rest of the album.

The three subsequent shorter tracks are more accessible but no less rewarding. The evocative “Hourglass” is a favorite, its haunting piano lines casting a wide shadow that envelops the listener. The choir briefly returns, leading into a beautiful violin passage from Mikael Krømer. The energized title track follows, the album’s first single, giving drummer Robert Johansen a more robust platform, amidst Ohme’s lovely backing vocal “Ahhhh’s”. Finally, “Antique” revels in its moody atmosphere with a vocal delivery of longing and pathos, playing on Gazpacho’s strengths. Often these three songs are easier to return to for repeated plays than the lengthy numbers, being more compact and easier to digest. Still, “Sapiens” beckons, the marching tempo laid out by the rhythm guitar reminding the listener of past epics. This may be the most hypnotic of the bunch, with the dreamy middle section being an album highlight as sustained guitar lines reach higher and higher to the sky. Still, when it finally reaches its conclusion there seems to be room for more…perhaps a sequel will be in the offing to further the tale?

“Fireworker” undeniably finds the band in inspired form and should become a favorite for their dedicated fans. As an entry point it may still be a bit uneven for some, so perhaps one of their earlier noteworthy works would be a better place to start. But once one has acquired the taste, this Space Cowboy awaits with all of its allure and deception. Be safe out there, y’all.

Gazpacho returns with perhaps their most overarching theme ever and a gorgeous album with which to deliver the storyline. Their satisfying blend of longer and shorter pieces channels the strengths of the band in atmospheric, gut-wrenching beauty. An album which challenges and soothes the listener, just as a Fireworker is meant to do.