Music fans have heard this story countless times: a talented hard rock band formed in the second part of the 80’s, whose rise to the top of the charts came to a halt due to the grunge movement dominating the attention of the record companies. In the blink of an eye, music executives stopped looking for the next Bon Jovi and started searching for the next Nirvana. Casualties of this sudden change of direction are in no short supply – there are enough bands that fell into that category to warrant a lengthy Netflix series. Luckily, for some of them, the story is approaching a happy end, or at least a more promising chapter, as the current state of the music business allows bands to work more independently and to rely more on the direct support by the fans. One of the protagonists who has been given another shot is the Seattle based Fifth Angel.

Inspired by the success of Queensrÿche, who shunned playing clubs for the sake of writing, recording and releasing their own music independently, Fifth Angel followed a similar path when they were formed in 1984. Concentrating on honing their writing and recording skills, the band crafted an incredible self-titled debut. Released in Europe via RoadRunner and in the US via Epic Records, “Fifth Angel” received raving reviews in all the major metal magazines of the day, including Hit Parader, Kerrang!, RIP, Metal Edge, Metal Forces and many others. A sophomore effort would follow, this time with producer Terry Brown (of Rush fame) at the helm, and with the introduction of guitar prodigy Kendall Bechtel. Everything seemed to be falling into place: the video for the title track went into rotation on MTV, and the track “Midnight Love” became the theme song for Howard Stern’s radio show for over four years.  However, the winds of change were beginning to stir over the music industry and when grunge music hit hard in the early 90’s, (ironically based out of Seattle as well), Fifth Angel disbanded.

Fast forward to 2010, and out of nowhere came an invitation for Fifth Angel to headline the Keep It True festival in Lauda-Koenigshofen, Germany. Gathering many of the core members and adding Heir Apparent vocalist Peter Orullian, (Ted Pilot is now an endodontist practicing in Seattle and was not able to sing for the reunion), the band prepared a blistering set of songs from the first two albums. The reception was solid enough to warrant a second appearance at the 2017 edition of the same Keep It True festival, and this positive momentum planted the seeds for a new album. Thus, “The Third Secret” was born.

With the lineup now consisting of Ken Mary (Flotsam and Jetsam, Alice Cooper, Bonfire, House of Lords, Impelliteri, Chastain and more) on drums, John Macko on bass and mainman Kendall Bechtel on guitars and vocals, “The Third Secret” preserves the DNA of what made Fifth Angel what they were in the 80’s, and adds an extra dose of heaviness. The album kicks off with the apocalyptic prediction of “Stars Are Falling”, with a barrage of riffs that reminds the listener of Iron Maiden’s “The Trooper”. As the song reaches the chorus “you better run, because the stars are falling from the sky”, that all too familiar will to start kicking and screaming quickly sets in. “We Will Rise” is another fists-in-the-air number, with Kendall’s vocals alluding to the work of Dio and Bruce Dickinson.

The religious overtones are hinted at on the thumpering “Queen of Thieves”, which lyrics talk about a deceiving woman who ate an apple that was rotten to the core, and take full effect on “Fatima” and on “The Third Secret”. Those with a religious inclination might remember the Three Secrets of Fatima, a series of apocalyptic visions and prophecies which were supposedly given to three young Portuguese shepherds. And the one-two punch that address this story are the centerpiece of the album, with John Macko and Ken Mary providing a solid backbone to Kendall’s vocal explorations and gritty yet silky guitar tones. The title track in particular, is a Kashmir-esque number with ominous verses and a hypnotical chorus that will resonate in your brain hours after your last listen. 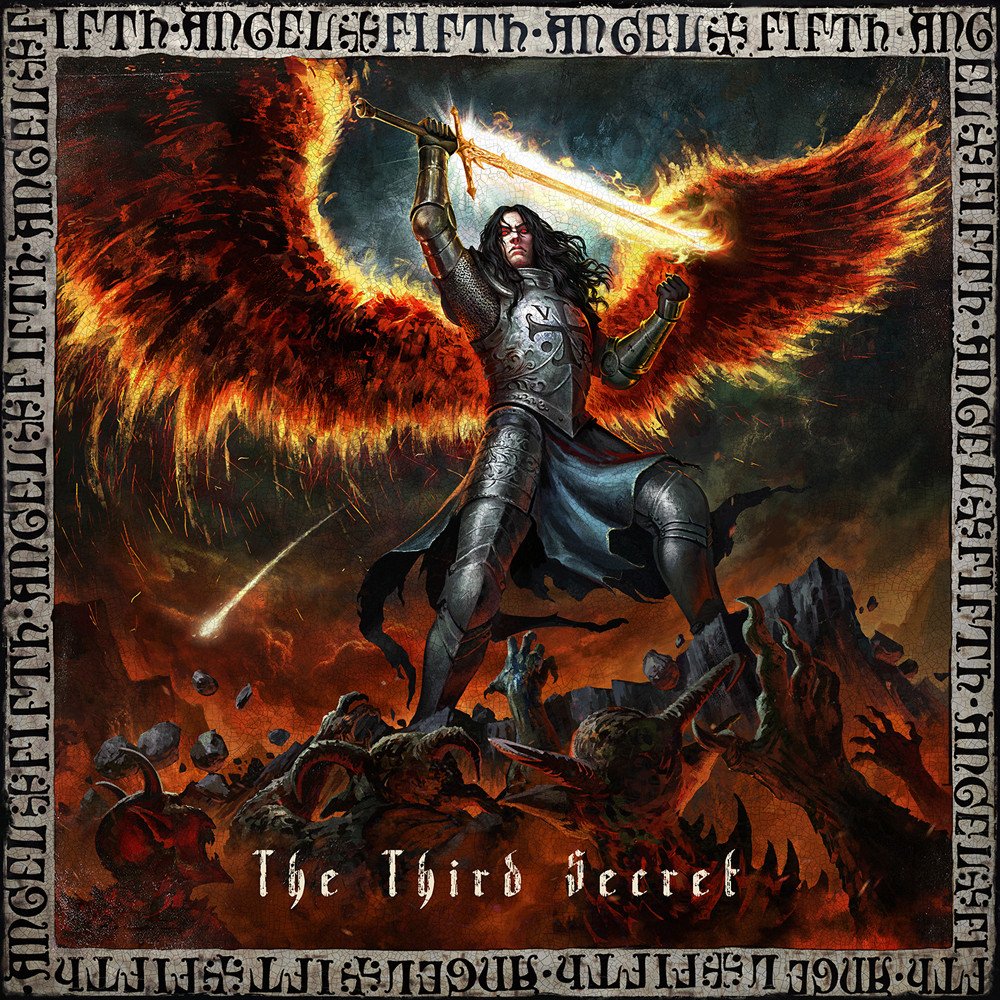 The first single to come out of “The Third Secret” is a power ballad called “Can You Hear Me”, one of the very few moments throughout the album where the band takes the foot off the gas. It’s a strange choice for a single, since it’s not really a good representation of the album as a whole, but a good ballad nonetheless, with an equally addictive chorus. “This Is War” would have been a better summary of the release, with its stratospheric-reaching vocals, exquisite double-bass drumming on the chorus and an AOR feel and riffs that sound like an army crossing enemy lines.

The quality of the lyrical content takes a small dip on the fast number “Shame On You”, where the lyrics dig a bit too deep into self-help territory, but things go back on track and end on a high note with “Hearts Of Stone”. Although a modern album, “The Third Secret” undeniably harks back to the second half of the 80’s, a time when the lines between hard rock and heavy metal were significantly blurred. Fifth Angel are back, grittier and heavier than they’ve ever been, and they’re living proof that Nietzsche was right when he said “what doesn’t kill you makes you stronger”.

Fifth Angel created something special with “The Third Secret”: an album that manages to sound familiar yet infectious; modern in the mixing and tones, and yet classic and traditional. Finding that balance is a tough thing to do, and many failed to achieve it. Kendall Bechtel put in practice a recipe that includes Stryper influences with Dio-esque vocals, the right amount of distortion and ear-piercing riffs, with the reliable foundation of John Macko and Ken Mary allowing him to shine bright