The Queen of Egypt embraces a new dawn.

Following what could be best described as a less than amicable split between the majority membership of Midnight Eternal and their vocalist Raine Hilai, the former opted to soldier onward under a new name with the intent of embodying the mirror opposite spirit of what the original name signified. The thus named Everdawn, for all intents and purposes, tends towards the same basic blend of symphonic bombast and operatic nostalgia that hearkens back to the latter days of Nightwish’s original run with Tarja Turunen that they pursued under their former name, though not quite to the point of being the same exact band. Where there was previously a sense of youthful exuberance matched with a more derivative sound that all but totally matched the recent stylings of such noted female-fronted symphonic acts as Xandria and Beyond The Black, the current road that this now Jersey-based quintet treads is one marked by a greater sense of stylistic nuance, though still largely bound to the lofty yet orthodox character of the current symphonic metal scene.

Much of the evolution in sound that is observed on this band’s debut LP “Everdawn,” which could be viewed as the sophomore outing of Midnight Eternal under a different name, can be chalked up to the new membership that has been imported into the fold. The introduction of Russian-born operatic soprano Alina Gavrilenko has brought a more commanding vocal presence into the equation, one that can match the nimble yet colossal character one tends to associate with Floor Jansen and Simone Simmons. Though many in the critical field were quick to knock the more mundane character of Hilai’s vocals on the previous album, the contrast here is not so much in technical skill, but more so in timbre, as Gavrilenko’s highly dynamic sense of expression fits this stylistic template better. Naturally one would be remiss not to mention the consequential element that is Mike LePond’s involvement in the band, as his active and often flashy bass work definitely helps to codify this band’s progressive bona fides, while also providing a heavier foundation upon which this album’s impact factor is further heightened.

Though a more developed undertaking relative to its predecessor, this is an album that tends to keep things on the compact side of the equation, generally opting for straightforward song structures that result in moderate length songs. On the banger side of the equation are a number of fairly swift and infectious anthems such as “Stranded In Bangalore” and “Infinity Divine” that tend towards the driving yet simplistic character of Nightwish’s “Once,” though a closer inspection reveals a guitar performance out of Richard Fischer that is a bit more indicative of the flashier and more active approach that Emppu Vuorinen took on “Wishmaster,” including more regular guitar solo breaks that are tasteful yet reasonably technical in their delivery. At other points the feel of things rushes to a more speedy, power metal sound in line with the classics off of “Oceanborn,” such as the biting riff monster “Lucid Dream”, while the brief instrumental interlude “Toldeo 712 A.D.” seems to abandon the traditional symphonic metal paradigm completely for something halfway between Symphony X’s dark territory meshed with Kamelot-like atmosphere. 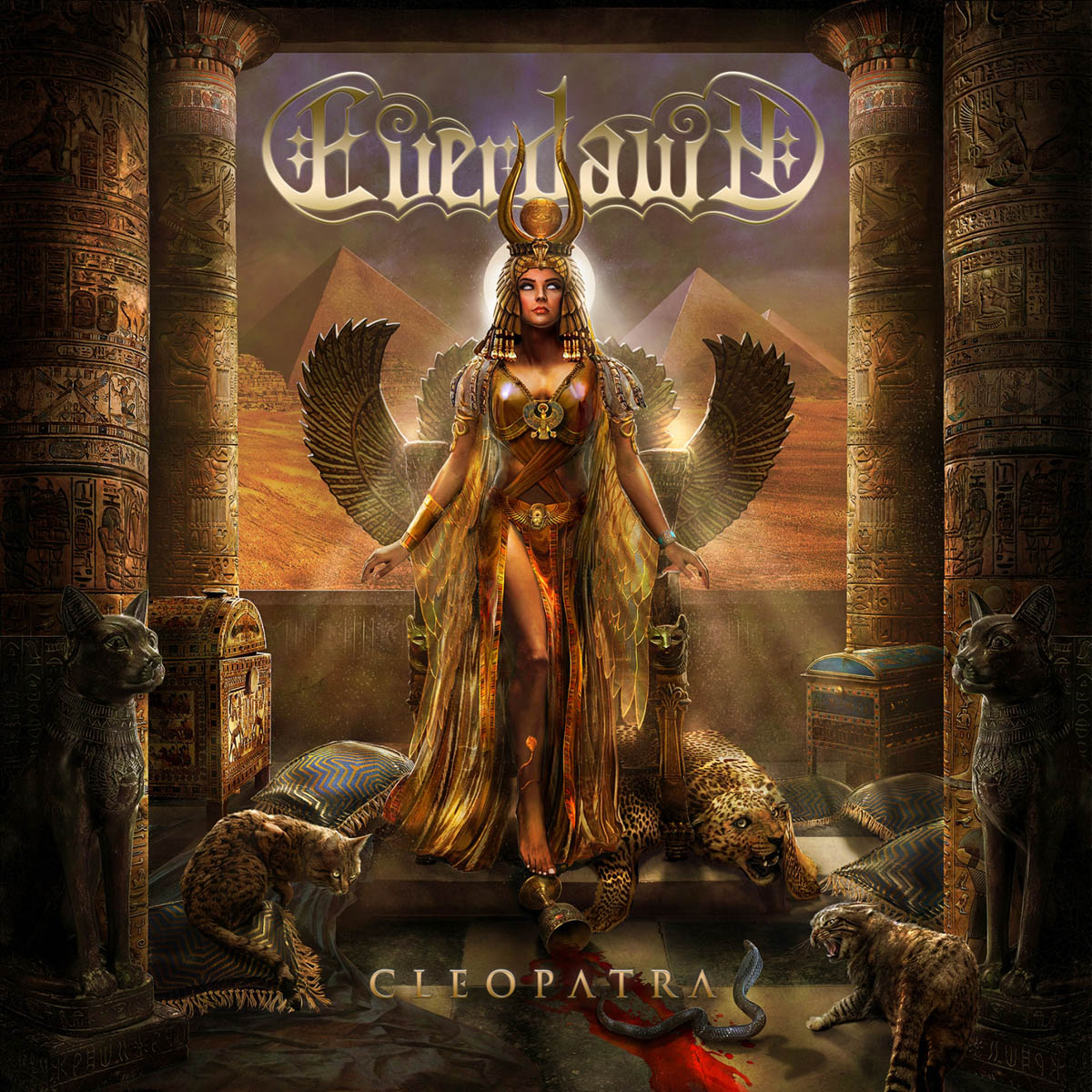 For the most part, the formula is kept fairly consistent, but the few noteworthy deviations from typical symphonic bluster often coincide with songs venturing beyond the 5 minute mark. For all of its heavy tendencies towards a lofty, dense and beautiful atmospheric approach in line with the Xandria model, “Ghost Shadow Requiem” has a bit of an old school heavy metal vibe to its opening riff, and the typical Hollywood-like pomp that followed is accompanied by a punchy rhythmic foundation that has a pretty blatant Iron Maiden character, especially when the gallops come rolling on in. The intermingling of Middle East tonality and some progressive twists turn the otherwise textbook anthem that is title song “Cleopatra” into something fairly atypical, though still mercifully less convoluted than what normally passes for songwriting out of Nightwish of late. All of that being said, the best is ultimately saved for last in the case of “The Last Eden”, which perfectly emulates the haunting and drawn out character of “Century Child” while throwing in a bit more high impact riffing to give the song that needed kick to fulfill its grand finale status, with Fischer showcasing his best lead guitar work to boot.

While a bit more spiced up relative to its peers, this album is definitely tailor made to fit in well with the current flock of symphonic metal bands that have been making waves in Europe over the past decade. Such noted outfits as Xandria (particularly following the exodus of original vocalist Lisa Middelhauve), along with fellow German outfits Elvellon and Beyond The Black are the most obvious points of comparison, but the mostly textbook template that is at work here could see just about any fan of the symphonic style from the likes of Arion and Dawn Of Destiny taking to this. It doesn’t totally play it safe, but if there is any flaw in the delivery here, it is that this outfit has stuck fairly close to home and only occasionally showcases their progressive tendencies relative to the whole presentation. But originality is only one part of what makes for a solid album, and in every other department this is about as good as they come in symphonic circles. Don’t expect the reinvention of the wheel here, but definitely expect the engine to hum at a slightly different level than what has normally been put out in this style of late.

Contentious endings pave the way for new beginnings as the formerly Nightwish-inspired symphonic metal act Midnight Eternal adopts a new moniker and a slightly more intricate approach on what is otherwise a sophomore studio endeavor.