It’s far too easy too look at the ethereal feats of instrumental bands and credit them as merely cinematic indulgences, a soundtrack to some lost visual. Such sentiment discredits the delicate narratives that these artists create, particularly in the realm of progressive metal, where instrumental act Etherius are beginning to carve a name for themselves. With instruments alone, Etherius are fighting to ensure that they are not seen as merely one piece of a missing whole, but that they are stronger for lacking a voice to fill their ranks. “Chaos. Order. Renewal.” is a demonstration of careful choreography, four musicians who are acutely aware of their chemistry and able to create with precision and clarity.

As much storytellers as they are instrumentalists, Etherius is derived from the ranks of one of the most recognizable instrumental guitarists, none other than the renowned virtuoso Angel Vivaldi. Formed by Angel Vivaldi rhythm guitarist Jay Tarantino in 2017, Etherius released their first EP in 2018 to clear the way for their full-length debut. “Chaos. Order. Renewal.” is a crushing, relentless blend of speed and meticulous execution that gives a clear nod to each of the member’s strengths, particularly given the keyboard contributions from multiple members. Though no concrete narrative guides its pace, the album is pulled by a natural tide that beckons listeners with promises of both peace and excitement

Tarantino’s guitar moves like a dancer across a stage, meticulous in the most minute nuances of cascading riffs, seamlessly shifting across tempos and time signatures. This is complemented by the chemistry found with guitarist Jay Perkins, the two meeting to soak in the gratuitous spotlight afforded to the driving forces of the band. “Pyramid of Mirrors” shows that Etherius is more than a self-indulgent playground for ambitious guitarists, tying in Chris Targia’s bass in an irreplaceable moment of gravelly darkness. “Pyramid of Mirrors” offers the balance between light and shadow, resonant picking vibrating across near silence after bright flourishes give way to near static. This subtle give-and-take structure reappears in following track “Unity in Darkness,” featuring the talents of none other than Angel Vivaldi himself. Where Etherius is still fighting to define themselves by a signature style of playing, hearing the sheer jubilee of Vivaldi’s hands gives this track a distinct leg up on the rest of the album. 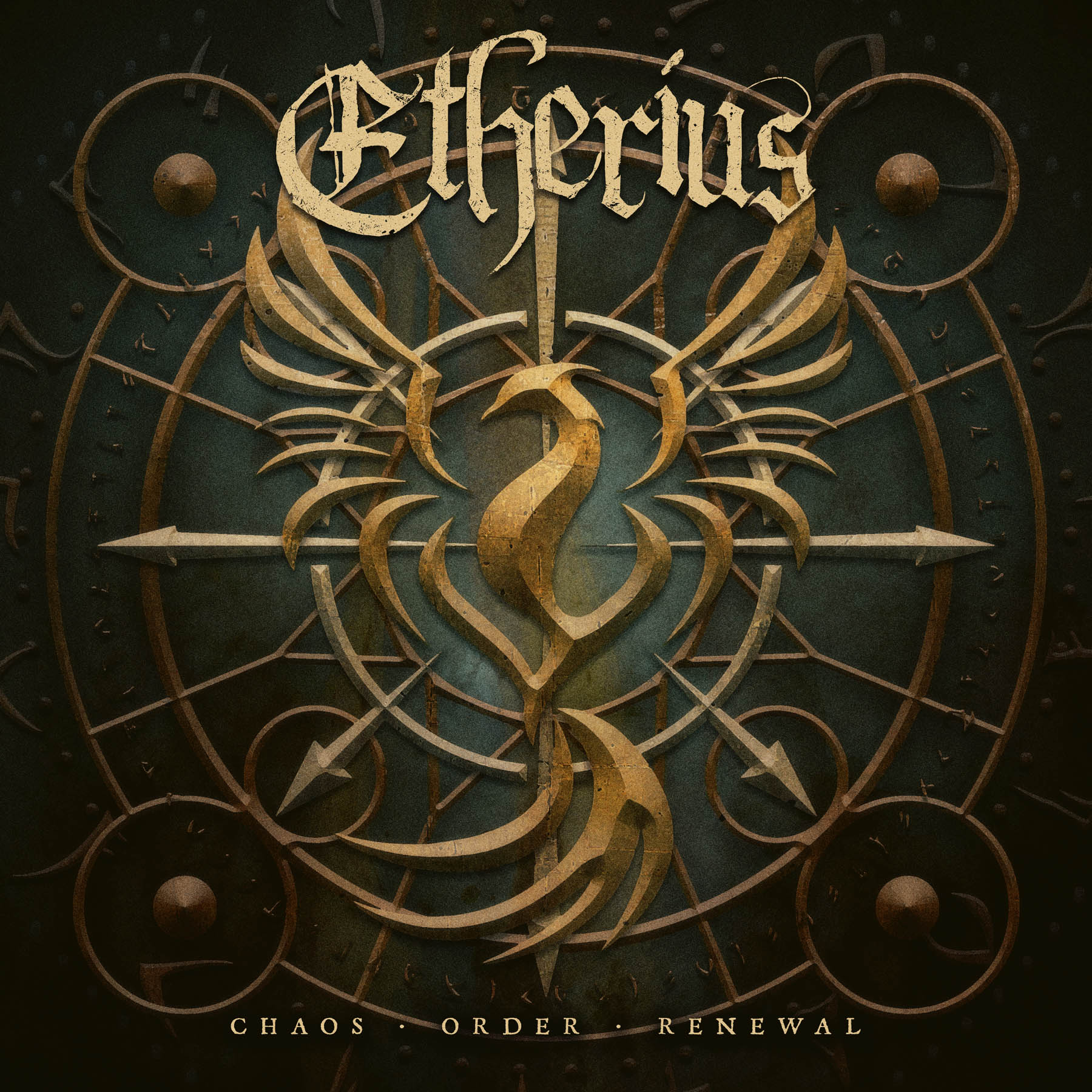 As much as Etherius succeeds in carving an identity without the use of a voice or constraining themselves by the sweeping grandeur of a forgotten soundtrack, there is the sense that some of their songs were written as though they were simply waiting for a vocalist to arrive. “The Rivers of Sand and Blood” opens in such a way that one would expect a voice to rise at any moment, falling into a structure which seems meant for verses and choruses rather than simply instrumental motifs. Such a choice is pointedly intentional, but offers to further bind a band which has the capacity for increased flexibility throughout the album. This very same track once more brings the dimensions of depth and fleeting grace into play, hearty bass playing off galloping riffs in such a way that they form two halves of a carefully constructed whole. Such teasing moments cause fleeting moments of emptiness, though they are quickly replaced with impressive transitions on Tarantino’s part.

With consideration that “Chaos. Order. Renewal.” is a debut, it certainly feels as though Etherius has withheld some of their potential for the sake of broader experimentation. “The Eye of Ra” strikes with the intensity and determination of a technical death metal band without abandoning a more melodic brightness. It is impossible not to be awestruck upon hearing Tarantino press on at a nearly inhuman pace, a feat of dexterity that is found in smaller bites throughout the rest of the album. “The Eye of Ra” also allows the drums to have a more spirited role in the mix, giving Zaki Ali the opportunity to develop a stronger personality as he drives the percussion on the album to a close. Humility is certainly a trait to be appreciated, but given the explosive power of “The Eye of Ra” coupled with blinding riffs in “The Rivers of Sand and Blood,” Etherius certainly has room for growth in songwriting without flying too close to the sun.

Etherius have slowly teased themselves out into the spotlight, eager with overflowing passion and a desire to impress. Driven by progressive inspirations and songwriting which distinguishes them as an instrumental act that is unafraid to stand alone, “Chaos. Order. Renewal.” has layers and cohesion which certainly warrant multiple listens. Building out a unique identity behind their stylistic balance of contrast is still in its early steps, but the album strides forward without hesitation. Each of the musicians seem perfectly attuned to one another’s needs, growing and shifting alongside one another within each of the seven tracks in practiced unity. Though it may take time for Etherius to establish roots that are distinctly their own, “Chaos. Order. Renewal.” is an enjoyable and promising album that has its appeals in instrumental solace.

The first full-length offering from instrumental progressive metal band Etherius, this album brings both speed and technicality into play without sacrificing the depth of progressive textures. Taking steps to assert a more definitive style without a voice to guide them, the riffs of “Chaos. Order. Renewal.” take center stage and are undeniably delectable.