The birthplace of melodic death metal may have been in the metal-rich cradle of Scandinavia, but in the years since its origin the genre has spread its wings and inspired creation around the globe. Hailing from Thessaloniki, Greece is melodic death metal band Ephemeral, who have recently released their debut EP titled “VII.” Though described as an EP, this seven-track album clocks in at nearly forty minutes long while boasting a fully developed concept which holds consistently throughout its duration. Featuring one track for each of the seven deadly sins, the newcomers in Ephemeral show the songwriting variety and maturity of melodic death metal veterans in an appeal that is sinfully delightful. To dive headfirst into “VII” is to expect highly melodic riffs that enthrall as much as they intrigue, and furious screams that guide listeners from the fiery heights of wrath through the downfalls of pride.

The heaviness and brutality of “VII” flourishes not just from harsh vocals or from blistering speed in its first half, but from a commitment to the pronounced melancholic atmosphere that is also present in bands such as Dark Tranquility and Insomnium. Lamentation abounds in the fold of “Pride,” muted vocal harmonies and tender keyboards telling a tale of agonized mourning with poetic expertise. “Greed” is one of the EP’s brightest  firecrackers, with multi-instrumentalist and vocalist Elias leading the charge on a relentless guitar while keyboard player Angel G fires off a memorable refrain on keys. Anything but slothful in its pursuit, “Sloth” is one of the atmospherically lighter tracks on the album with a key-forward presence and a delicate composition against a more aggressive vocal variety. Elias’ growls consistently provide a strong contrast for the rich melodies of “VII,” and layer well with the clean vocal approaches interspersed throughout “Sloth” and “Wrath.”

Each of the seven songs of “VII” are highly dynamic, ranging from just under two minutes to well over eight minutes long. Yet no matter their length, the speed and transitions require engagement and commitment from the audience as they are pulled along on this sonic journey. This fearless set of transitions, including those from acoustic hooks to soul-splintering keyboard reprises, is one of Ephemeral’s greatest strengths. As speed ebbs and flows while tones shifts from grief to hope, transitional segues connect contrasting passages with natural ease. “Wrath” is the EP’s clearest demonstration of this mastery, opening with a pondering procession before launching into a nimble series of furious riffs courtesy of Elias. The chorus of “Wrath” would not be out of place on an early Insomnium album, but the varied verse structure and instrumental passages throughout set Ephemeral apart from mainstream melodic death acts while demonstrating their ambition. 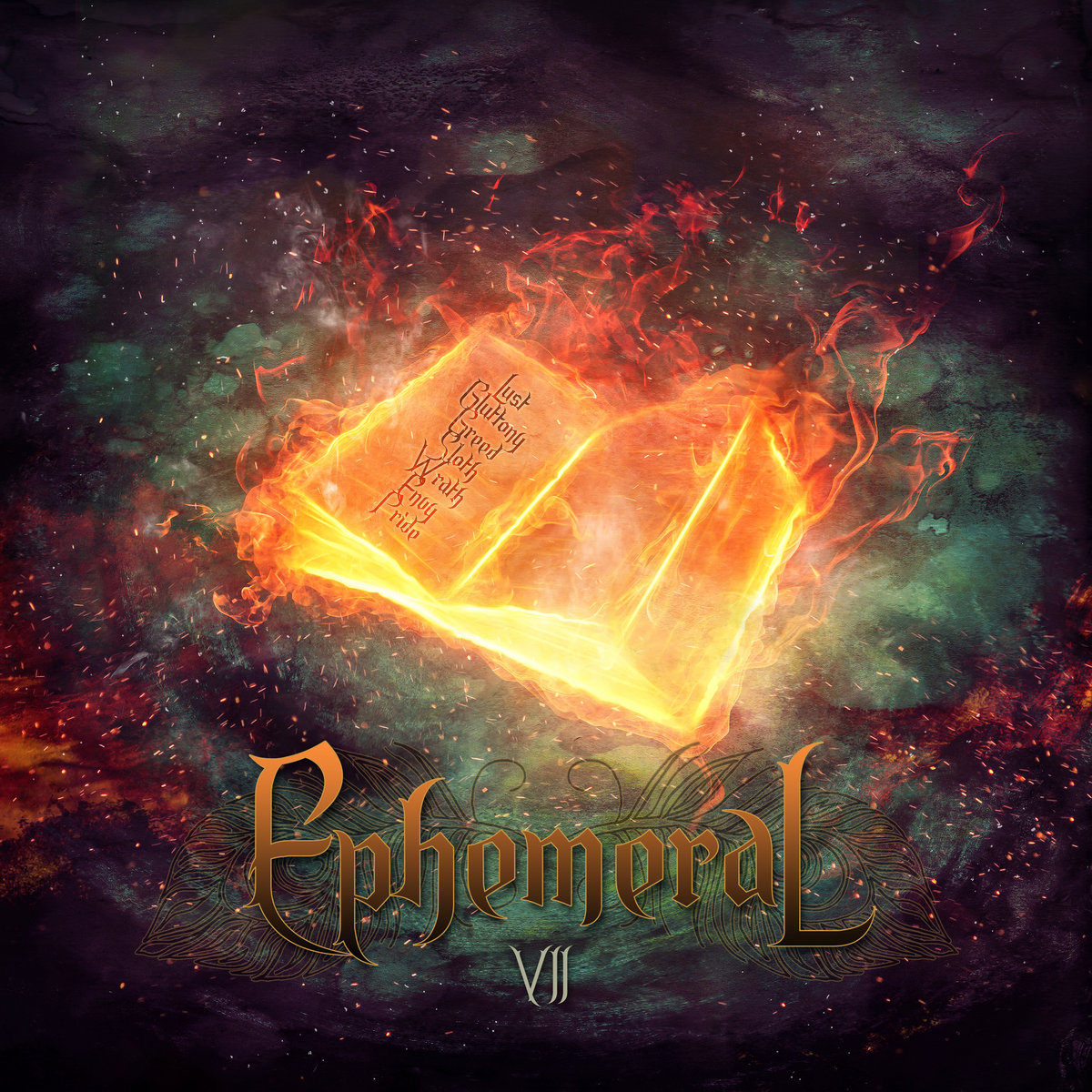 For all of its strengths, there are a handful of clear weaknesses that break the full immersion of “VII.” Of primary concern is a mix which consistently favors vocals and keyboards at the cost of bass and drums, of particular note in “Sloth.” Such a flair of personality as the bass hook opening “Envy” show Elias’ potential as a colorfully inspired bass player, yet often these deeper notes find themselves suffocated in favor of electrifying keys or howling vocals. In this same vein, the creative drumming of “Gluttony”  is a distinguishing feature that would give Ephemeral an even greater edge in a crowded scene, but often finds itself muted alongside other orchestrations. Redeeming these slight imbalances in mixing is the fact that though sometimes near inaudible, the songwriting of “VII” is consistent throughout, and even in those moments where instrumentation is buried beneath other layers, it remains on-par with the more forward layers of music.

There is room to grow as Ephemeral finds their footing, particularly in their approach to mixing the rhythm section against the blinding melody, but “VII” finds them on a steady foundation. A willingness to experiment and approach a wide variety of speeds and textures are promising for a future full-length, and keep Ephemeral firmly on the path to more distinct originality. Far from a truncated sampling to merely test the waters, the fully-realized ideas of “VII” make for a thoroughly enjoyable experience that is intense as it is melodically-minded.

Including highly melodic riffs that intertwine with earth-shaking growls, the sticking points of Ephemeral’s debut EP include variety and ambition in equal measures. Leading listeners through the fiery heights of wrath through the downfall of pride, “VII” navigates sins in the blinding delight of melodic death metal.