Music is not a destination, but a journey. Sometimes the boldest of expeditions are made in a tired wandering through the hazy humidity of summer, a hypnotic trance where sauntering sleepily forward is as enlightening as springing forward at a sprint. Such pondering explorations of the human soul and a search for greater meaning are fearlessly embodied by Dool, a rock band from Holland who have captured gothic darkness and melded its saccharine sweetness with the soft shroud of psychedelic rock.

“Summerland” may be the group’s sophomore album, but the experienced musicians that stand at the helm drive Dool with years of combined wisdom, including two members of cult rocker’s The Devil’s Blood. Guitarist and vocalist Ryanne van Dorst is responsible for generating an air of mystery which persists throughout the album, a primal yearning for spiritual discovery that resides deep within the hearts of man. Drawing from experience in a number of other Dutch bands, Dorst brings with them the influences and knowledge to guide a project that is as ethereal as it is unique.

If nothing else, Dool has created for themselves a distinct identity that stands as the sum of both external influences and internal self-discovery. Sometimes leaning towards gothic pop in the same vein as Ghost’s earlier work, while other times digging their heels into a more aggressive and metal-driven bite, “Summerland” is brimming with self-confidence. Unafraid to distinguish themselves with impassioned riffs that follow in the deep roots of 80s rock and metal powerhouses, tracks such as “A Glass Forest” come packing speedy solos amidst the circular composition that ties the album together. Many songs spanning well over the six minute mark, “Summerland” often reminds listeners to treat it more as a guided meditation than an active conversation. Blissful rhythm work by guitarists Reinier Vermeulen and Nick Polak keep the air of peace from growing too stagnant, pushing the album to complete its course with steady and reliable hands.

“Summerland” is as difficult to digest critically as it is impossible to escape once one relaxes into its seductive touch. Amidst a sea of lyrics inspired by sex and psychedelics woven on a shimmering veil of rhythmic guitar and percussion, appealing to a single song proves to be an almost impossible feat, with closing track “Dust & Shadow” almost entirely impenetrable without a surrendering of one’s subconscious much earlier in the album. Opening “Sulphur & Starlight” follows in the vein of classic rock, luring listeners in with a slightly nasal harmonization on a chorus that seems to float atop the gentle waters of JB Van Der Wal’s concentrated delivery of bass. “Sulphur & Sunlight” is also the first taste of drummer Micha Haring’s personality, one of the brightest and most dynamic elements that persists throughout the album. 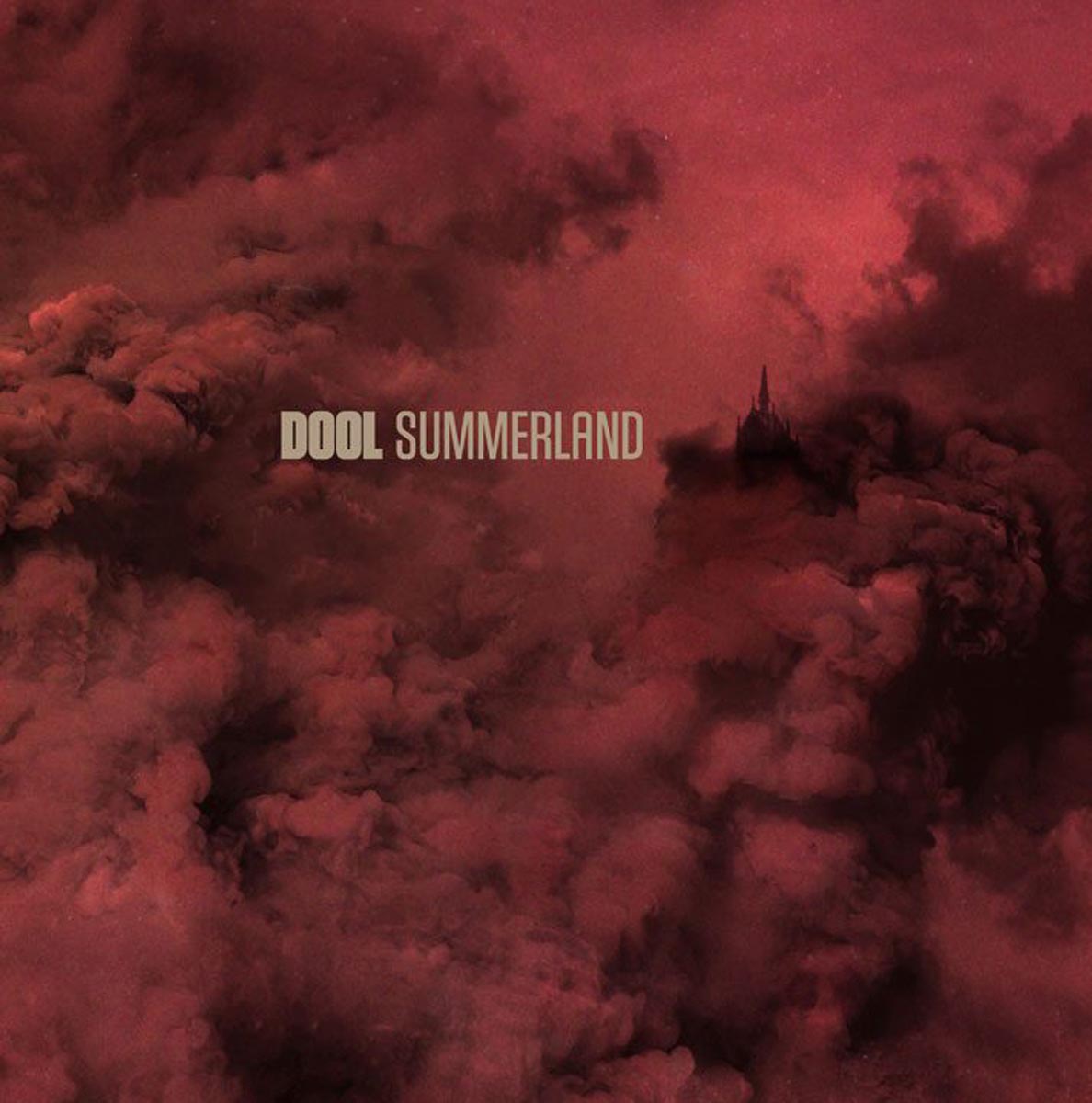 The standout on “Summerland” is “God Particle,” a winding, multifaceted track that uses the element of surprise to keep the listener engaged. Adding to an already rich instrumental offering, the Middle Eastern flourishes that hide subtly throughout the mists of “Summerland” are incredibly prominent within “God Particle,” swinging from moments of bursting energy from beautifully ensnared guitar lines before reverting to a false sense of serenity. The excitement experienced here is difficult to find on an album which draws sometimes from the high-octane fire of metal, the impressive slog of title track “Summerland” feeling muddied and muddled in comparison, a winding road of somewhat directionless repetition. Where much of “Summerland” feels like an aimless reflection of one’s unknown, it is “God Particle” which sees the transcendence of compositional strength bring the listener to another dimension altogether.

Dool have mastered the art of omnipresence and a careful balancing of the many influences that have allowed them to craft a style that is dark and serene while simultaneously unsettling. “Summerland” is a strong offering which cements the unique sonic identity that Dool has gathered from another opportunity at serious songwriting, but it also shows their growing pains. Repetitive hooks, aimless riffs, and a somewhat unbalanced mix make the final production feel somewhat disjointed from the spiritual mission that “Summerland” was meant to embody.  Liking this album is relatively effortless, but coming to appreciate it takes a leap of faith and a number of listens. True to their namesake, Dool’s “Summerland” is full of wandering and full of potential for those that give it the chance.

An inspired wandering derived from the intangible themes of spiritual discovery, Dool continue to cement their identity as dedicated artists with an intense passion for their craft. Masterfully weaving together the omnipresence of psychedelic rock with the frayed edges of gothic darkness, “Summerland” has a pleasantly sharp bite amidst its aural tenderness.