With more than 50 years of a lustrous career under their belt, almost too many lineup changes to keep track of, and a genuinely unstoppable nature, Deep Purple is back to the fold with a new album, entitled “Whoosh!”. Releasing original material at this stage in their careers can be a risky proposition, and a band of their stature could just as well rest on their laurels and continue to focus on reissues and repackages of doubtful taste and little added value. Thankfully for us fans, they chose to tread uncharted ground, point their creative juices in the forward direction, and almost completely forget that there’s such thing as a rear-view mirror.

When I say they ALMOST completely forgot about their rearview mirror, it’s because their history is too rich to be ignored. “Whoosh!” is undeniably a Deep Purple album, and carries all the elements that made them a force to be reckoned with in the classic rock arena. The title and cover artwork harkens back to the previous release “Infinite”, where the end of the road seemed to be fast approaching. Instead, this new entry in their discography effortlessly scrapes any doubts about their ability to deliver and promises to take the listener into outer space. This may look like an unattainable goal for a band whose members are well into their 70’s, but they reach it with unparalleled flair and ease.

Originally intended for a June 12th release, “Whoosh!” had its release postponed to August 7th due to Covid-19, so the fans had to wait a little bit longer to experience it. It’s worth the wait, however: some of the latter-day Purple releases were met with scratching heads (here’s looking at you, “Bananas”!), but that won’t be the case this time, as they check all the boxes here. From the fast pace of “What The What” to the moodier passages of “The Power Of The Moon”, there’s something appealing for every fan, and a general feeling that there’s still a long way to go until they decide to hang their boots.

The first single “Throw My Bones” begins the adventure and sees Ian Gillan reflecting on Purple’s status and attitude at this point in their career: “All I got is what I need/ that’s enough as far as I can see / why should I walk into the great unknown / when I can sit here and throw my bones”. Quite a meaty bone they’re throwing at us fans to start! “Drop the Weapon” follows on, with a rocking first riff and Steve Morse and Don Airey playing catch up on the verses, whilst employing exotic textures.

While “We’re All The Same In The Dark” is another traditional Purple song, with Morse exploring different tonalities on guitar, “Nothing At All” really sees them push their creative boundaries, with a waltzing pace and Morse perfectly complementing Don Airey’s heavenly church organ sound. The partnership with Bob Ezrin is now solidified – it’s their third collaboration in a row – and he’s determined to leave his mark in the band, in the same way that Martin Birch did in the ’70s. Sonically, the new effort sounds like a cross between “Now What?!” and “Infinite”, with plenty of room for everyone to shine and an overall crispiness which is very pleasant and completely shies away from the loudness war that permeates modern music. As Gillan says on the track of the same name, there’s “No Need to Shout”!

While “Step By Step” adopts a more reflective stance, the boogie “What The What” is pure fun, taken straight out of the Little Richards playbook, with the lyrics telling the drunken tales of “Long Tall Sally and Short Fat Dave/arms and legs going every ways”. The adventurous and fresh “The Long Way Round” drives our journey to different shores, with riffs not too far from “The Mule”, a dazzling keyboard solo, and many mood swings. Old time fans might recognize a blink-and-you’ll-miss-it call back to Black Sabbath’s “Thrashed”, when Gillan says “I promised myself I won’t get thrashed again”. Don Airey may have been the last to join the current lineup but he doesn’t suffer from the “new guy syndrome”, as his ideas and solos are prominently showcased here. Of course, the signature Hammond B3 sound is there, but Don’s tasteful new patches also show up here and there, giving their 21st release a modern aura and a sense of expansion of their musical palette.

The care with visual content is particularly noticeable here. After underwhelming cover arts like the ones of “Now What?!”, “Bananas” and “Rapture of the Deep”, the disintegrating anonymous pilot of “Whoosh!”, who seemed to have been struck by The Avenger’s arch-enemy Thanos, is a feast for the eyes. Also worthy of praise is the use of the original logo from the “Shades of Deep Purple” and the exquisite photography of the videos for “Throw My Bones” and “Man Alive”. In the words of the band, the motto when entering the studio was “Deep Purple is putting the Deep back in Purple”, and that is unquestionably accomplished also in the visual side of this release.

“Whoosh!” was recorded in Nashville, but before you think they’ve gone down the Billy Ray Cyrus or Garth Brooks routes, rest assured that it’s not the case. The band even finds time to include a mini-suite halfway through the album, with the hypnotic “The Power Of The Moon”, the quick interlude “Remission Possible” and the complex and orchestral “Man Alive” alluding to a similar theme. Gillan’s enigmatic narration on “Man Alive” is akin to the one he did on “On Top Of The World”, from “Infinite”. The odd time signatures and dynamic changes bring an atmospheric, mystic, and proggy feel. The lyrics reflect their sentiments on the current situation of the world and are overarching enough to fit the recent shifts in dynamic caused by the coronavirus. 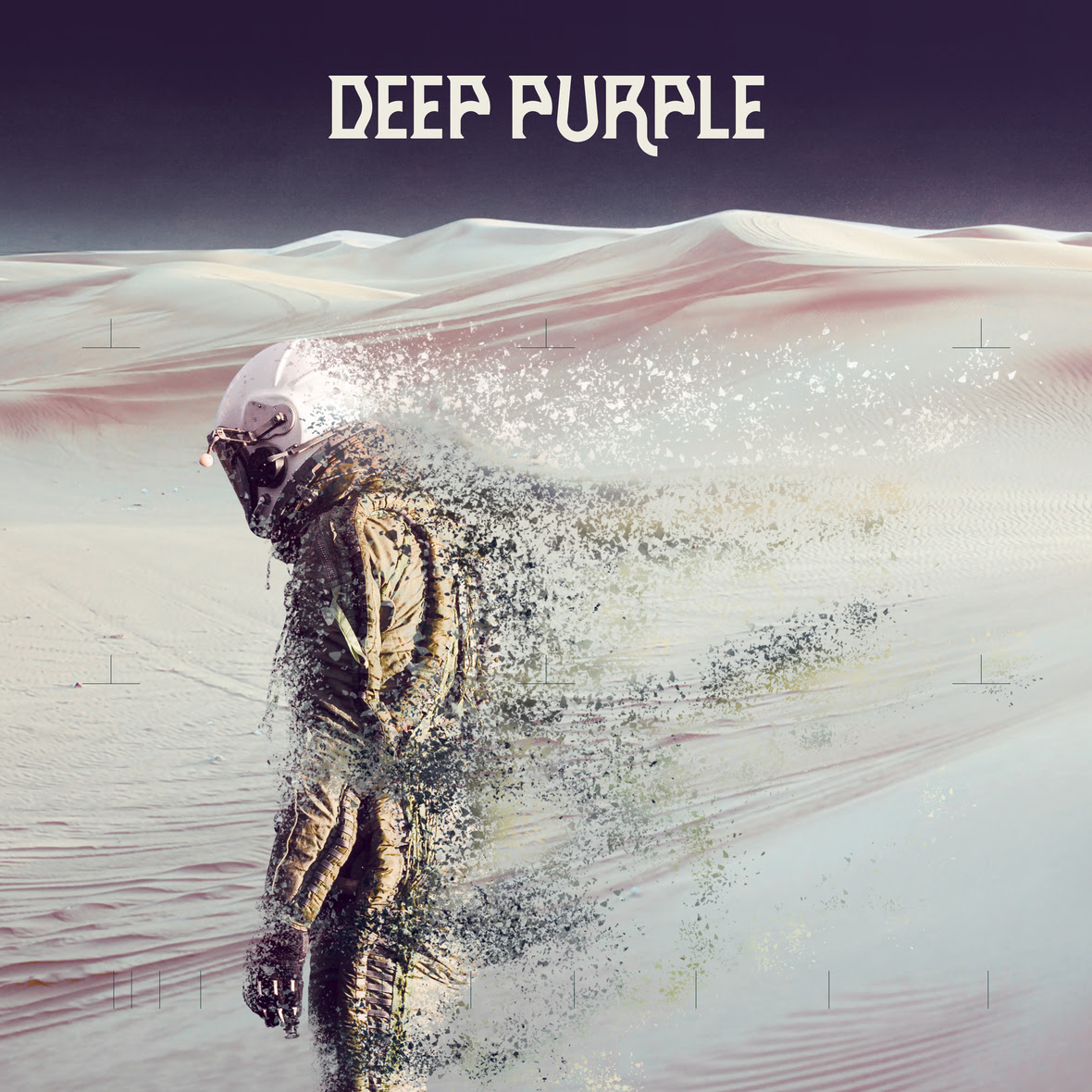 When it comes to individual performance, obviously Gillan’s voice is a long way from the stratosphere-climbing wails of “Child In Time”, but recently he found his comfort zone in a range that  sounds convincing and manages to captivate the listener. Morse, arguably the most tasteful of all guitar shredders, showcases his usual arsenal and rewards us with beautiful arpeggios and riffs, whilst Don digs deeper into his bag of tricks. And one would be hard pressed to find a more fitting and gorgeous-sounding marriage of instruments that Roger Glover’s thundering, reliable backbone, and Ian Paice’s instantly identifiable shuffles.

At the far end of the track-list, we have “And the Address”, a funky little number which leaves the impression of being intended to have vocals, but which the band chose to put it out as an instrumental. “Dancing in My Sleep” seals the deal with almost dance-like, cyber keyboard sounds, and evolves into funky verses, finding the perfect balance between a familiar feeling and the sense of something new.

Will this album have the same impact as “Machine Head” or “Burn”? Absolutely not, and it would be silly to expect it to. Times are different, they’re older, and the fan base has absorbed a lot of music since then. The fair thing to do is to compare “Whoosh!” with their more recent output. In that sense, it is unquestionably victorious: it’s a lot more diverse and energetic than “Infinite”, “Now What?!”, “Rapture of the Deep” and “Bananas”, and it would give “Abandon” a run for its money. If on their recent releases there are moments where the group seemed to be running on fumes, on “Whoosh!”, there’s a sense of renewal and excitement that hadn’t been perceived in their albums in a long time.

It’s quite easy to get infatuated with a band’s new material upon its release. We’ve all been guilty of claiming the latest album “the best thing they’ve done in years”, only to redact this statement a few months down the track. “Whoosh!” is chockfull of songs with enough power to challenge that notion and drinks further from Deep Purple’s apparently endless well of creativity. There’s enough power here to warrant a lot more room for this material in their live set than in previous efforts. Aside from the standard release, there’s also a Limited Edition CD+DVD Mediabook (including the 1 hour feature “Roger Glover and Bob Ezrin in conversation” and, for the first time, the full live performance at Hellfest 2017 video), and a Vinyl 2LP+DVD edition. Get your copy today, and enjoy a band free of any artistic limitations who is now adding yet another colorful brick in the wall of their immeasurable legacy!

Deep Purple holds no punches on Whoosh!, and delivers an album full of energy, proving there’s still plenty of gas in their tank. While contemporaries like Black Sabbath and Led Zeppelin choose to disband and focus on their members’ solo careers, Purple remains a tight and prolific unit, that simply refuses to quit. File “Whoosh!” under “all killer, no filler”!