As a child, did you ever dream of what it would have been like had Venom sounded like early Dokken, but kept the same lyrical content. Would they still have been the forefathers of “black metal”? Or what if Celtic Frost turned glam and….strike that, it DID happen. Sweden’s Deaf Rat has decided to inject some evil into vanilla hard rock, as if Ghost morphed into Hardcore Superstar. Deaf Rat draws its dark lyrics from current events and isn’t quite so tongue-in-cheek. The result is an powerful heavy tinged hard rock with mixed signals, kind of like receiving an invitation to a party only to arrive and find out its a celebration of the end of humanity.

Despite the dark lyrical content, which mostly centers the use of politics and religion as excuses for gaining power, Deaf Rat puts forth some quality hard rock, emblematic of many of the acts coming from Scandinavia lately. The material draws influence from hard rock legends (e.g. Guns N’ Roses – check out “Save Me From Myself”), classic rock heroes (e.g. Led Zeppelin – check out “Bad Blood”) and some sprinkles of heavier traditional metal (e.g. Black Sabbath – check out “Ban the Light”) and modern hard rock (e.g. Hardcore Superstar – check out “Tying You Down”). Nonetheless, the band does mix in some of its own deadly poison for its an enjoyable, but not entirely unique, brew. 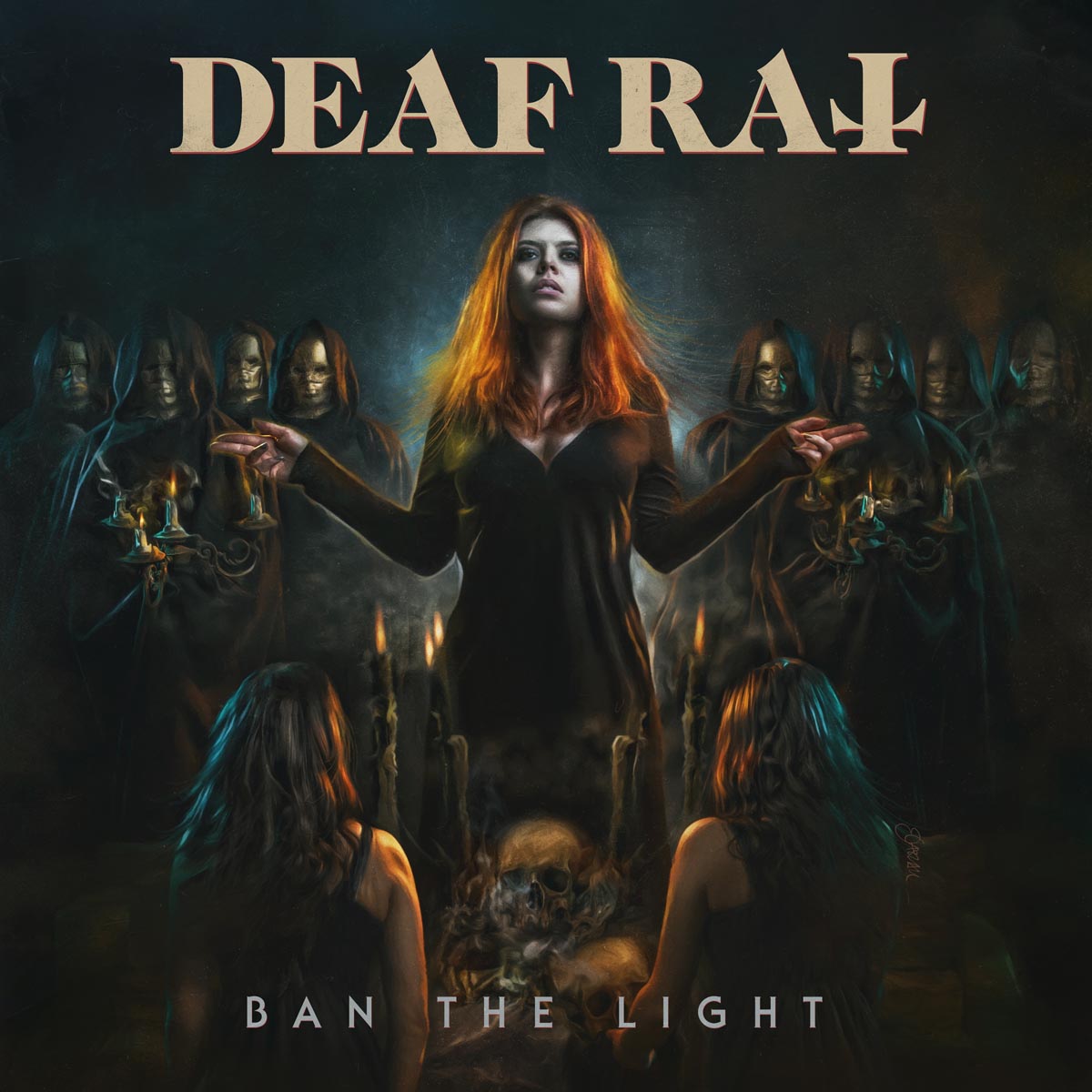 The songs have a good balance of talent and memorability, enough to make the album a fun listen, but not enough to distinguish from so many similar acts out there today. Today, Scandinavian (and in particular Swedish) hard rock has never been stronger, but having yet another to choose from is analogous to finding that pearl in the ocean of Finnish melodic death metal. Regardless of the lack of unique material, “Ban the Light” does feature some well crafted foot tapping and head swinging tunes like “Make You Suffer,” “Tying You Down,” “Fallen Angels” and album favorite – the tritone flavored title track.

Deaf Rat offers a solid base to build upon and the band will be certainly be interesting to watch grow in the future. “Ban the Light” presents an interesting concept, and definitely has some quality moments to shine, but dark imagery alone doesn’t help distinguish the music from the many well established hard rock acts out there today.

The debut album from Sweden's Deaf Rat is good collection of quality hard rock, featuring dark lyrical content that doesn't come across gimmicky. While the execution and production are fine and the songs energetic and enjoyable, the album isn't very distinguishable from the myriad of high quality hard rock acts from Scandinavia alone.