Addiction is the opioid of death.

The Victorian era is often remembered for its conservatism and pushback against the rationalism of the preceding period, but as with any time in human history, the darkness beneath the surface can prove doubly so when such an epoch is otherwise viewed as one of contentment and progress. Case and point, famed essayist Thomas De Quincey, whose life was dominated by a life-long addiction to opium brought about by a combination of self-medication and recreational use, the influence of which caused him to pioneer the woeful art of addiction literature in the western world. Such a subject is a prime candidate for a conceptual work in the bleak and melodramatic template of depressive black metal, and young Australian up and comers Cancer (not to be confused with the famed English death/thrash outfit) offer up a truly gripping and apt account of Quincey’s life and work in their newly minted LP “Opioid.”

As with any mode of expression based in sadness, a degree of real life trial and tribulation goes a long way in bringing a character of genuineness to one’s work. In Cancer’s specific case, this ties in with the recent shakeup in the band’s lineup that has thusly resulted in a formerly 5-piece band to have morphed into a two-man studio project that has also cut ties with the band’s prior production team in favor of a self-produced, independent venture. This shakeup was no doubt a deeply consequential one for the remaining members of the fold given that every member of this outfit had also worked together in the similarly styled and more prolific depressive black/Gothic metal outfit Deadspace for several years. Nevertheless, this duo comes out the better for the experience, having crafted a truly powerful and vivid retelling of Quincey’s toil with one of nature’s most often abused remedies.

One of the principle flaws in this particular stylistic mode of expression is relying far too heavily upon a sense of theatricality, which leads to downplaying of the metallic side of the coin. Cancer not only bucks this trend, but manages to do so while still maintaining the intense melodramatic factor, resulting in an eight song cycle that could appeal equally to fans of more orthodoxy black metal subsets with a heavier reliance upon frosty riff work and blasting segments of pitch black coldness, all the while still having a lighter, post-rock feel that occasionally flirts with shoe-gaze during some isolated moments of quiet respite. Vocalist John Pescod transitions seamlessly from a forbidding sepulchral shriek reminiscent of Varg Vikernes in his early 90s prime and the quasi-operatic singspiel and falsetto wails that express moments of intense agony amid the maddened rage, though actually the music surrounding his torn protagonist persona is where the magic really happens. 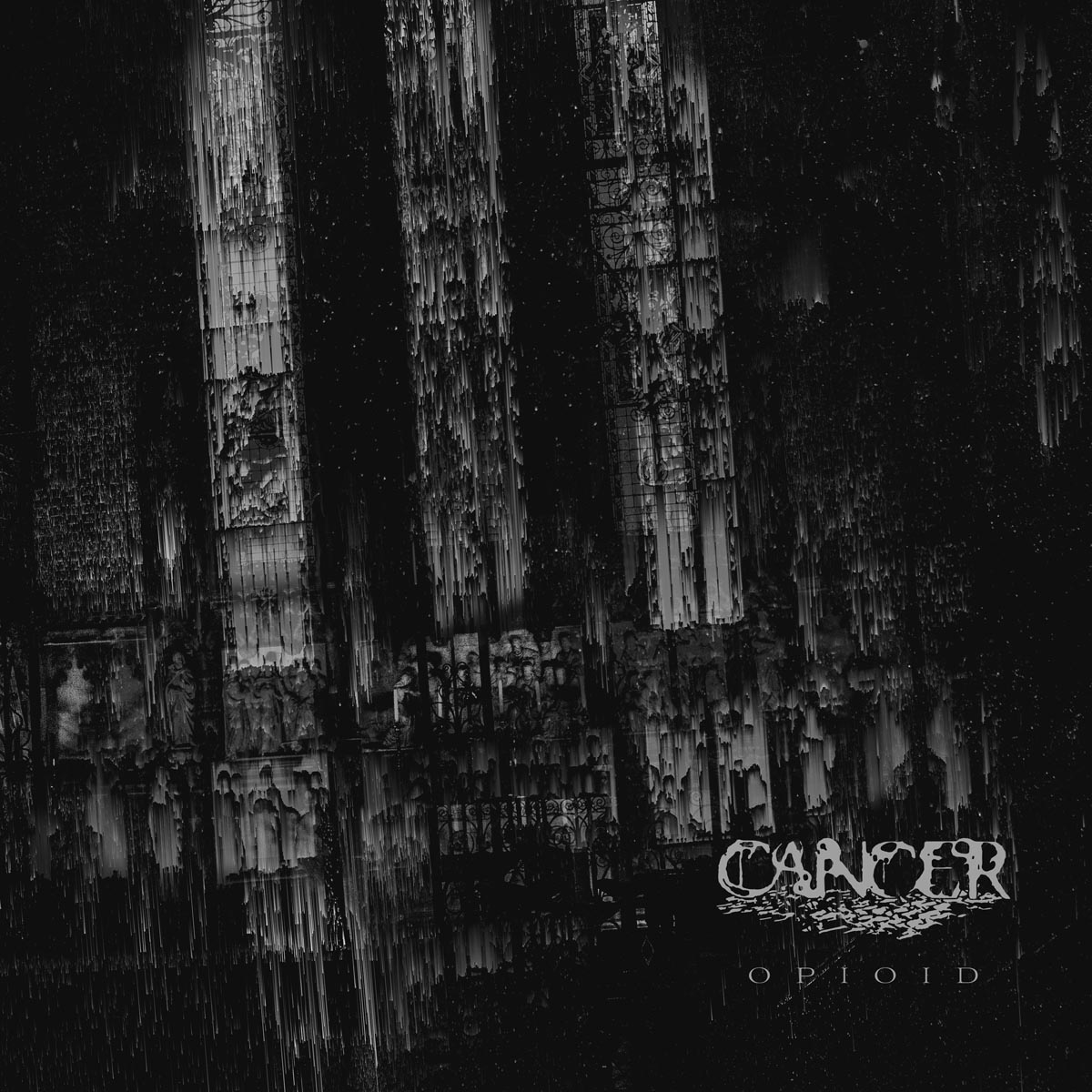 While this album should be treated as one cohesive musical drama with fleeting moments of silence separating its eight respective chapters, there are some segments of this compact, 35 minute opus that stand out a bit more than others. Generally speaking, the more aggressive the music becomes, the stronger the outcome and the more memorable the song, with highlight moments being the blasting fury of “The Depths II – Mind’s Parchment” that sounds heavily informed by the early 90s Norwegian sound, and the dank murkiness of “The Depths V – Sunken Piers”, which sees a slower presentation but also Pescod’s vocals often blurring the lines between black and death metal with some viciously deep guttural barks. But the true coup de grace is the closer “The Depths VI – In Memorium”, which ties the whole thing together with an extended farewell fanfare that also reaches heavily into the chaos of early Burzum.

Given the more streamlined formula and greater adherence to traditional blackened methods of expression, this is the sort of album that can easily straddle the lines that divide black metal’s various subsets, though its production and atmospheric character still endears it to the newer post-rock character of outfits like Alcest and Fen a tad more than not. In a style that is not really synonymous with disciplined songwriting or a keen sense of organization, this is remarkably easy to follow and adheres quite effective to a programmatic scheme that goes with the territory of a conceptual work. If nothing else, anyone not otherwise averse to the black metal sound and the unique vocal idiosyncrasies of its depressive variant will find a solid presentation here, and all the rest will likely be left to ponder whether or not opium can truly render a man into such a state of utter despair.

One of the more interesting up and coming depressive black metal acts in Western Australia whittles its ranks and strikes out on its own, yet delivers its most ambitious conceptual work of woe and despair yet.