If the fifth album from Brighteye Brison seemed like it was a long time coming, well, that’s because it was. Fortunately, the band was recently picked up by Bad Elephant Music and after eight years and several detours since their fourth album, Brighteye Brison have finally released the aptly titled V. This Swedish band may be under many prog fans’ radar, but these guys are by no means newbies. Originally formed in 2000 and having recorded four albums in that decade, two of the members joined the esteemed band Änglagård in 2012 before returning to work in earnest on completing the material for V. Heavily rooted in the keyboard foundations of classic prog bands like ELP, Genesis, Yes and Gentle Giant, Brighteye Brison bring that tradition into the 21st Century with quirky, diverse and layered compositions

V runs well over an hour in length but does so in the span of only three songs, most of which have a discernible lack of repeating melodic sections or choruses. This fact alone signals that Brighteye Brison aren’t very concerned with being novice-friendly. But experienced prog fans will find much to delve into if they aren’t overwhelmed by the sheer quantity of material in each of the epic-length tracks.

Brison eases us into their world with the relatively short opener “The Crest of Quarrel”. The listener immediately gets a sense of the indulgent nature of the band when the slow intro synth build up takes over two minutes to get to the start of the song proper. This piano and keyboard-based piece features the most accessible song-structure on the album. The lead vocals, although perhaps an acquired taste, conjure Andy Partridge in their use of phrasing and sliding into notes. The title track “V” follows with a flurry of lead guitar and synth lines over mellotron that for a moment sends us into the realm of Genesis before pivoting into much more quirky songwriting. Diverse sections come and go fast and furiously, short verses mixing with longer instrumental passages in a variety of moods and styles. It’s all rather impressive although there isn’t a whole lot to hold on to and patiently savor, it’s A.D.D. progressive rock. Surfing this landscape for over 17 minutes, it’s more than a little daunting to realize that a 37 minute epic still awaits… 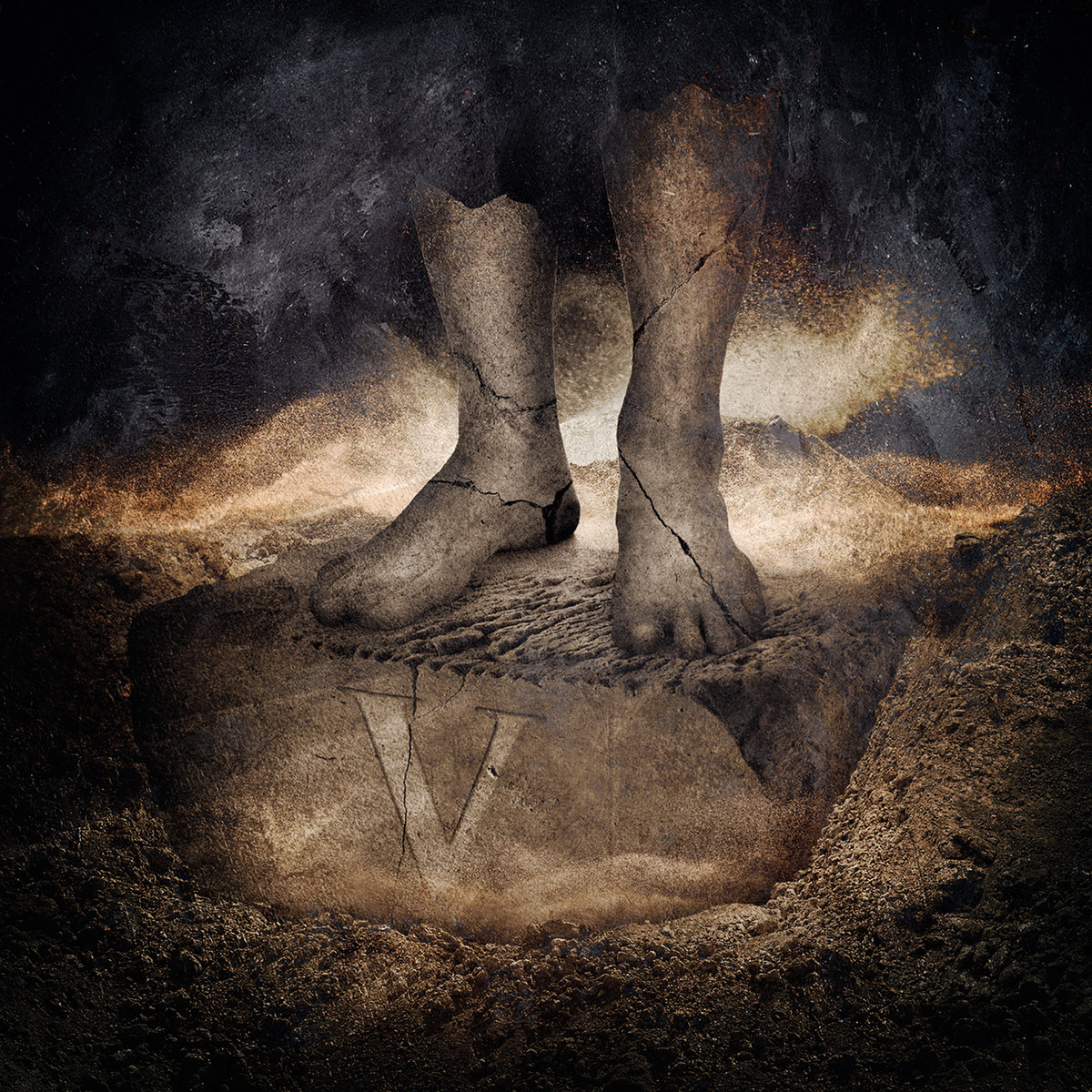 “The Magician Chronicles – Part II” is the main centerpiece of the album and certainly worth the price of admission in and of itself. Indeed, this one track is nearly the length of most albums. So, sit back and enjoy its dynamic arrangements which demand repeated listenings to fully appreciate. An early theme is reminiscent of Yes’ “Machine Messiah” by way of Moon Safari’s group vocals; surely a band could do worse! When the three vocalists bring their voices together, the results are at times quite rewarding, much more impressive than any one of them singing on their own. Fortunately, Brison makes the most of many such group vocal moments. However, the musicianship is where this band really shines. The keyboard-heavy arrangements are filled with impressive soloing and soundscapes, even as the performance in guitar, bass and drums are equally satisfying. At times it seems that the vocals and songwriting can’t quite keep up with the level of instrumental mastery that each of the five members displays, which is why the album overall is a very good experience but perhaps not truly great. Musically, Brison can deliver on almost any level, but it may take a little more development in writing before they deliver an original triumph. For now, V offers a lot to chew on and it’s a tasty meal at that.

This skilled five-piece from Sweden features two keyboardists who drive the core of their classic prog sound. Heavy on ideas, musicianship and epic length, there’s not much that is concise in Brighteye Brison. Fans of classic keyboard-centered 70s prog bands, along with their modern contemporaries such as Moon Safari, Flower Kings and even Phish, will find much of interest here