Darkness has a way of welcoming the lost with open arms, the chasms in which shadows and ice make better company than the light. Vermont-based metal group Barishi seem to have taken some inspiration from the cold quietude of their state in crafting their latest album, drawing from the harsh chill of black metal and dampening its bite with progressive songwriting structures and technical composition. True to its name, “Old Smoke” creates hazy atmospheres with dissonance and distance between the listener and the full strength of Barishi’s potential bite. Their first album since 2016’s “Blood From the Lion’s Mouth,” this latest creation brings with it an increased sense of aggression while also flaunting a bolder reach towards ever-greater complexity and prowess in their craft.

It is not only leaps in instrumental style that define Barishi’s newest offering, as this is the first album which features the band as a trio rather than a quartet. Former vocalist Sascha Simms left the band following their sophomore album, leaving founding member and guitarist Graham Brooks to field vocal duties on his own. The transition came with increased aggression, as Brooks offers no clean vocals in “Old Smoke,” just the developing roars of a vocalist still trying to find his footing in anguished screams. With this as their third album, vocals alone are not the only marks of a group still searching for their own identity, a balance between the direction they have been led by their own hearts and the very influences from the genre that gave them their passion. With six tracks and a run time of nearly an hour, the lingering instrumental passages waver between inspired and aimless, but always press on with unique enthusiasm. As such, even with the loss of a member, Barishi have retained more than enough personality.

The strongest moments on “Old Smoke” are found in the unexpected twists of “The Longhunter,” which finds itself nestled at just about halfway through the album. It begins with a haunting passage of spoken word, immersive to the point of becoming dissociative, and strikes Barishi with a true hallmark of authentic black metal in its veiled intonation. Oozing brutality, Brooks’s vocals reach their most menacing here, the pure strength and intent behind them matching the thunder of relentless blast beats. It’s a touch warmer than the old-school black metal from the north, a tinge more claustrophobic, the walls of an icy chasm closing in tight around the listener. A similar feeling is replicated on penultimate track “Entombed in Gold Forever,” lingering just outside the point of suffocating closeness. The black metal influence is strongest in the moments when Brooks seizes control on strings, his guitar cutting with speed and technical precision, vocals searing like gusts from a storm. But as the song structure gives way to lengthy instrumental passages, the bass appears in greater force, and the speed comes down considerably in a more progressive flavor. 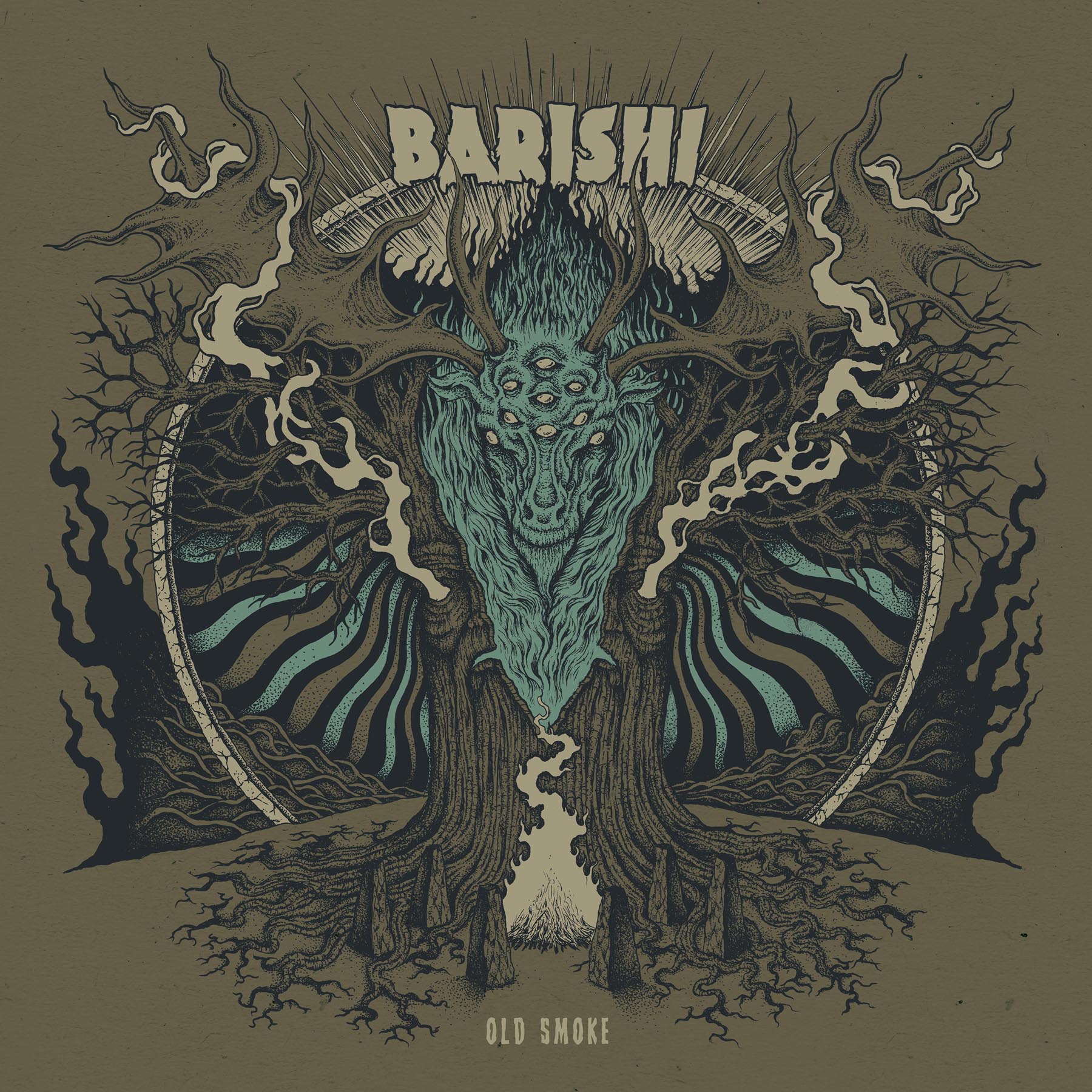 Those interludes are where bassist Jonathan Kelley and Brooks find their moments of near peace, putting on the hat of atmospheric doom musicians, keeping their pace to that of a dreary march with the exception of a few splashes of color. Though the riffs hold enough complexity to engage listeners across time signatures and slight shifts in tempo, it often falls just out of reach of the pure trance which the former half of the album had been seeking. Such moments as those in “The Silent Circle” cry out with the potential for just a touch more intensity, but that sense of yearning instilled in listeners comes to form part of the album’s appeal. Still, Barishi are not entirely without their more enticing moments where patience with their musings comes with great reward. “Entombed in Gold Forever” features an aggressive solo which would not be out of place with some of today’s strongest technical death metal bands, all without compromising the stoic energy that had been driving the first half of the album.

Fairly authentic, Barishi seem to have put their hearts on the line in the creation of “Old Smoke,” and have left us a final product that is covered in frost and plaintive yearning. For all of its anguish and moments of darkness, they have captured beautiful moments of humanity in their own passion and creative flair. Though they now consist of just three parts, each of the trio have proved themselves a cornerstone in the doom-tinged dissonance of “Old Smoke,” a clear definitive step forward in a sound that lingers just out of the atmospheric. Brooks has proven himself a dedicated and versatile musician, not backing down in the face of adversity and pushing Barishi forward with his own vocal might on top of increasingly technical riffs. Not any weaker for their changes, “Old Smoke” helps the band re-establish their footing and strive forward in creating the enticing melodies of smoke and shadows that make black metal and progressive metal perpetually appealing. Still seeking a strong differentiator, the passion behind “Old Smoke” tells of promise and potential in the hands of creative and driven artists.

Heavy with the weight of longing, the black metal chill compliments the enticing progressive songwriting of Barishi, who have delved deeper into brutality with their third full-length album. A touch of arctic frost and increasingly mature songwriting have filled “Old Smoke” with passion and purpose as they seek to define themselves in a world rich with inspiration.