Anyone who’s over 40 years old will admit that it’s hard to get into new acts as you get older. Most bands you love and grew up with are still around making music, the backlog of old groups that you would like to be more familiar with gets bigger every day, and the modern output may not be that appealing in most cases. More often than not I end up choosing to work my way through the back catalogue of, say, Cactus or Budgie, or to listen to AC/DC’s first albums for the millionth time, rather than experience a new band. With Bad Wolves, however, that trend has finally been broken.

You may know Bad Wolves solely from their cover of The Cranberries’ “Zombie”, which would have had Dolores O’Riordan as a guest if she hadn’t passed away on the exact day when she was scheduled to record her vocals. Their version certainly does the original song justice whilst giving it a modern and heavier outlook, but there’s more to the Bad Wolves sound than what just transpire from the emotion-laden cover (which has amassed over 58 million views on YouTube). Formed by veterans in the music scene, the band has released their debut album Disobey, which shows a collection of very diverse and interesting tracks while maintaining a common thread and identity between them.

Disobey starts holding no punches, with the first song “Officer Down” presenting djent riffs and siren-like guitar licks, with tinges of nu-metal and verses alternating pop and rap influences. From the onset, it’s clear that the versatility of singer Tommy Vext (formerly of Divine Heresy and Snot) is a key element of this band. “Learn to Live” comes up next, with a barrage of guitars and again a noticeable nu metal influence, with expansive bridges and great drumming. “No Masters” kicks in with a heavy blues-based riff, an anthemic chorus, and a short but great guitar solo, as Vext’s layered vocals soar high. The “Zombie” rendition follows and provides some breathing space, and it’s followed by “Run for Your Life”, one of the most diverse tracks in this release, with tricky time signatures, syncopated riffs and heart-racing drumming by John Boecklin (ex-DevilDriver).

“Remember When” is a modern metal ballad which reminisces the Linkin Park aura, and a heart-gripping subject – in true diary form: Tommy Vext tells us the true story of his twin brother who is in jail for trying to kill him. “Better the Devil” harks back to Faith No More, with added sludge breakdowns and atmospheric verses, while “Jesus Saves” is a crusty, pedal-to-the-metal song, where layers and layers of guitars add significant weight. 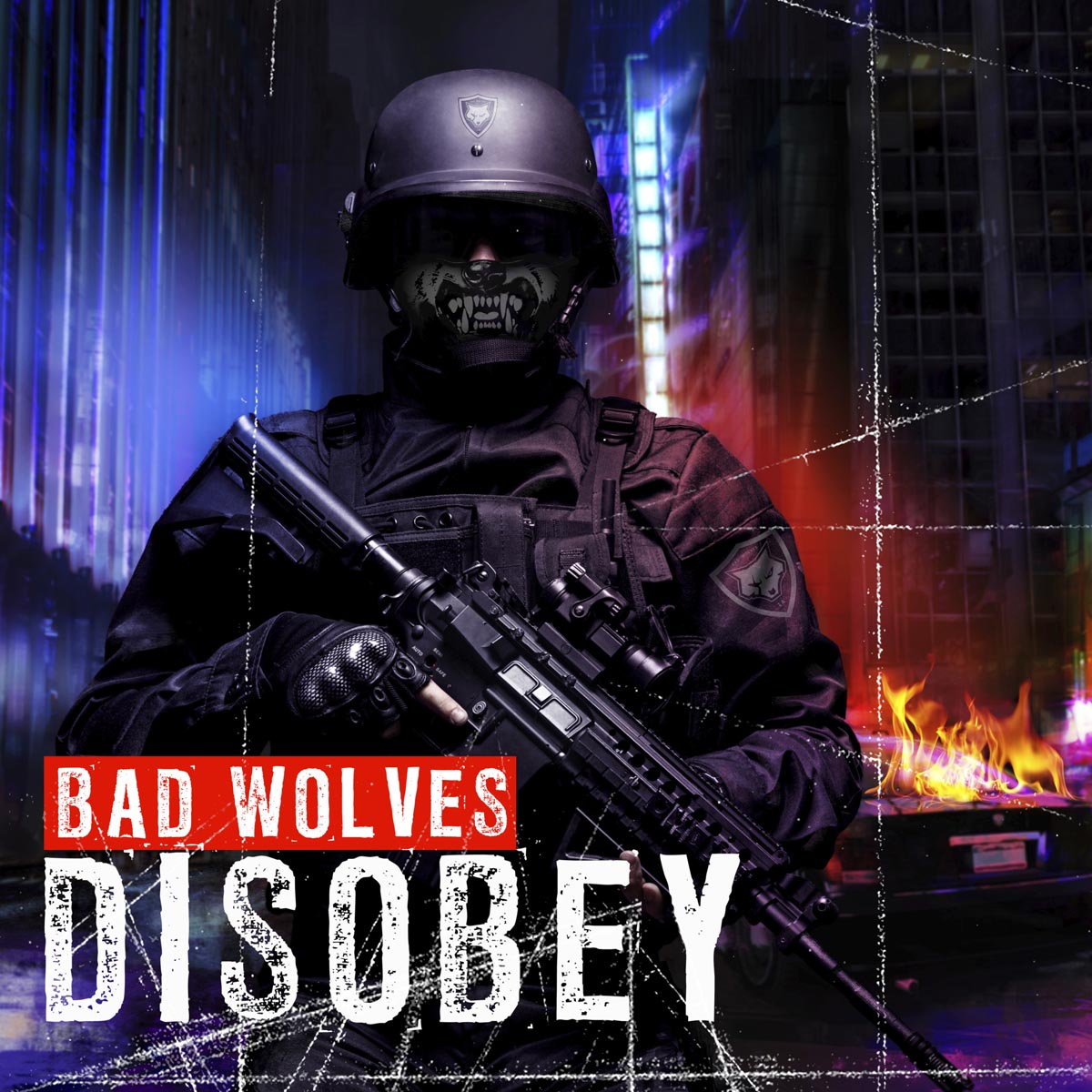 “Hear Me Now” is by far the most commercial-infused song in this release, and begs to be played on all radio stations across America, a true radio anthemic moment mastered with aplomb in a beautiful duet with labelmate Diamante.  As if to challenge the notion that they’re aiming for commercial success however, the band channel their inner Meshuggah and their outer Leprous on “Truth Or Dare” and “Shape Shifter”. “Toast to the Ghost” closes the proceedings and summarizes the album quite well, with an excess of blast beats and double-bass drumming, growling vocals, dissonant chords while leaving room for captivating vocal harmonies.

Overall, Disobey is such a varied effort that the uneducated listener might thing they lack focus or direction. What we have here though, is a band that was able to sound like more than the sum of its members’ collective pasts. Absorbing influences from pop, djent and death metal, their debut is a collection of songs that aim at many directions, whilst maintaining unity and coherence. With no limitations to any stylistic traits, this is an album that can serve as a bridge between anthemic pop and brutal heaviness, or between the old and the new. Embrace this slab of modern metal now and you’ll be in for a pleasant surprise.

“Disobey” is a promising and varied debut, unashamedly showcasing the band’s diverse array of influences. While it does foray into Limp Bizkit territory here and there, the end result is much more dense and intricate, and each of the members’ capabilities are given a proper chance to shine and be fully appreciated