One of the first albums I remember becoming a fan of, was Fates Warning‘s A Pleasant Shade of Gray. That record would be an early defining moment in my musical journey and quickly turned me into a fervent Fates Warning follower. However, despite my increasing enthusiasm for the band’s music, I was introduced to their catalog via the 90’s Ray Alder albums, and appreciating the strengths of their earlier material was a slow affair. In 2011, when the debut effort helmed by Fates Warning former singer John Arch and Fates Warning mastermind and current member Jim Matheos saw the light of day, I was nothing but floored. Sympathetic Resonance was warmly received, not just by the fans of old-school Fates Warning, but by the progressive-metal fanbase in general, even more so considering John Arch had been absent from any official studio recordings since the A Twist of Fate EP in 2003.

Years have passed and we’ve been treated to no shortage of Fates Warning releases from past and present versions of the band; but fans Sympathetic Resonance were left to wonder, will we ever get a follow-up? Turns out that after eight long summers, much speculation and even more hype since August 2018 now we know the sophomore album Winter Ethereal is around the corner. Last March 26th 2019 the single, “Straight and Narrow”, was released. That advance track immediately showed a different side of the Arch / Matheos project. Sympathetic Resonance was mainly an impressive prog-metal album, dark at times, yet energetic: an absolute fest of jaw-dropping riffs and haunting melodies. Nevertheless, the first taste offered of Winter Ethereal, delivered a shorter, rawer, heavier experience.  What would we get with the long awaited follow-up album? In the same way fans of an anticipated games or films avoid the Internet for spoilers, and to keep this review from feeling like a hearing-impaired guide for a television program, I will try to highlight standout tracks and give an informative general overview without telling everything…

Winter Ethereal delivers more of what I loved about Sympathetic Resonance; although offering a more sundry, dynamic and balanced listening experience. The opening track, “Vermillion Moons”, picks right up where the first album left off.  A nine-minute metallic piece featuring crushing guitar riffs and haunting melodic guitar work intertwined, it really sets thing in motion in a spectacular way, serving an outright masterclass of progressive metal. “Wrath of the Universe” is another song that delivers a commanding metal performance with an angrier tone at times. It deals with – at least in part – the problem of how humanity has treated the Earth, which we always take more from than we contribute back. Although it may seem a song like this could appear self-loathing, it’s painted in a way that feels more observational, or perhaps like a stern warning. Like much of this album, nearly all of the lyrical content will make you reflect on either yourself or how you view the world.

“Tethered” tones things down but remains a feast for the ears. John‘s vocals shine here and display his full range, taking you through the emotions of love, loss and despair in a harmonious, moody, and somewhat reserved tune. The drumming is also restrained, focusing on technical intricacies rather than flurries of double kick blasts, and featuring some fanciful cymbal work. “Straight and Narrow” follows a similar lyrical premise but takes the album right back to a heavier, more traditional metal style with the shortest runtime found in the album. As I aforementioned, this song breaks out from prog stylings and is drenched in metal overtones, present here more than in any other cut in Winter Ethereal, yet it doesn’t fall short in terms of quality or musicianship in display. The “Straight and Narrow” video clip is well made and worth watching, even if the YouTube audio doesn’t offer the track the proper sonic justice. 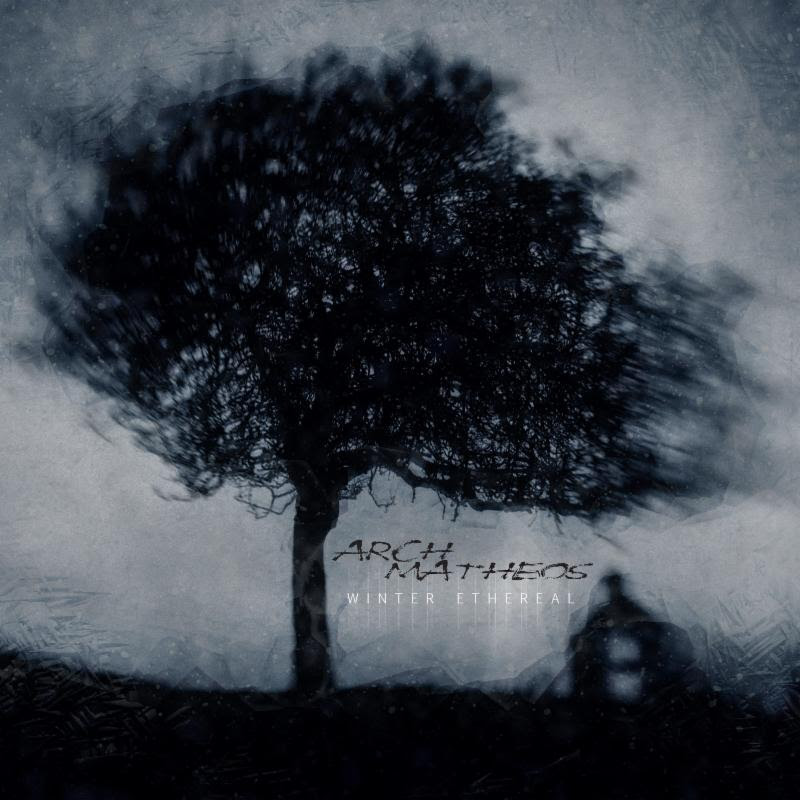 “Pitch Black Prism” is definitely one of the album highlights (and my personal favorite), with an overall vibe that harkens back to the sounds of albums Fates Warning album like Disconnected or FWX. Matheos‘ signature style really takes command throughout, grabbing a somber, dark story and conveying it in a lively way – Rush’s  “Red Sector A” comes to mind. “Kindred Spirits” closes out the album serving the right counter balance to the foregoing heaviness. Not only is the longest track on the album, it also has some of the most musical depth throughout, faultlessly providing the high and low points of the reflective emotional story it tells. While all of the songs resonate one with me way or another, this one applies on a personal level as someone who has fostered and rehabilitated wild and domestic animals.

On the critical side, having the bass a little louder in the mix would have given the overall sound a punchier feel, especially considering the talented group of bass players listed here. Moreover, the album art doesn’t seem to be the proper graphic representation to actually channel the vibrancy and vigor contained in it, reminding me instead of a darker gothic-infused artwork of a doom-metal band.

Rounded by a star-studded set of guests, including appearances from both present and former Fates Warning drummers and bassists – Joey Vera, Bobby Jarzombek, Joe Dibiase and Mark Zonder – plus other noted musicians, such as the legendary Steve Di Giorgio (Death, Testament, Charred Walls Of The Damned), Cynic’s Sean Malone, and renowned drummer Thomas Lang, Winter Ethereal is driven by Jim‘s signature guitar tones, which drive the music into a territory where it stands on its own, separated from the vast majority of the bands in a genre that despite the name, certainly feels stagnant. The other defining component here is John Arch‘s unique and gifted vocal registry, which seems to have improved with age, gaining maturity and depth.

Winter Ethereal impeccably balances the heavy subject matter with energetic, diverse, and well-paced musical counterbalances. An immersive album exploring a wide landscape of sounds, elements of the classic John Arch era come to the surface, yet the record retains an organic and modern sound. While much of the lyrical focus of takes a somber, reflective and at times menacing tone; the content doesn’t strikes you as preachy, angry or depressive, but rather feels thought provoking and sincere. Hopefully, we’ll be hearing more from these two gentlemen in the not so distant future. Filed under the MUST BUY category.

Arch / Matheos had an almost impossible task of surpassing their debut release and rose to the challenge. “Winter Ethereal” surpasses its predecessor’s complexity, splendid quality, and ability to surprise the listener at every turn. Just buy it.