There is a common sentiment these days that hard rock has become a passé mode of expression, having been supposedly supplanted by the barrage of electronic dance music, pop/country and modern rap artists that can’t help but fill arenas with a highly simplistic auditory presentation. Particularly in the U.S., it seems that barring a tour by bands that were originally making waves several decades prior, the Billboard Top 200 has been all but monopolized by the Taylor Swifts and Katy Perrys of the world. Naturally the masses received an all too delicious shock to their protected little commercial world when the likes of Tool came along and managed to knock one of said pop stars off their proverbial high horse, proving that an album can be dark and still completely top the album charts. Though of a very different stylistic persuasion, a case could be made that American hard rock/post-grunge veteran outfit Alter Bridge would be equally deserving of such lionization, if their latest LP dubbed “Walk The Sky” is under consideration.

For those who may have been living in a bubble since the mid-2000s, this Florida outfit traces its roots back to the initial demise of 90s post-grunge pioneers and chart-toppers Creed in 2003, following a period of drama and diverging musical tastes. It thus becomes inevitable that the two outfits be contrasted from one another, and though legions of Scott Stapp and yarl enthusiasts my protest the fact, Alter Bridge is the superior band in just about every department. Much of this can be credited to front man and vocal extraordinaire Myles Kennedy, who brings a far more nimble and versatile persona into the mix that conjures up images of a more polished and less bleak answer to Chris Cornell of Soundgarden fame (R.I.P.), meshed with a number of prominent 80s heavy metal vocalists with comparably massive vocal ranges. But this is only the tip of the ice berg, as guitarist Mark Tremonti’s riff work became far more adventurous (due in no small part of Kennedy sharing guitar duties with him), the rhythm section comprised of bassist Brian Marshall and drummer Scott Phillips came off as a tad less formulaic, and the overall musical paradigm became more progressive. 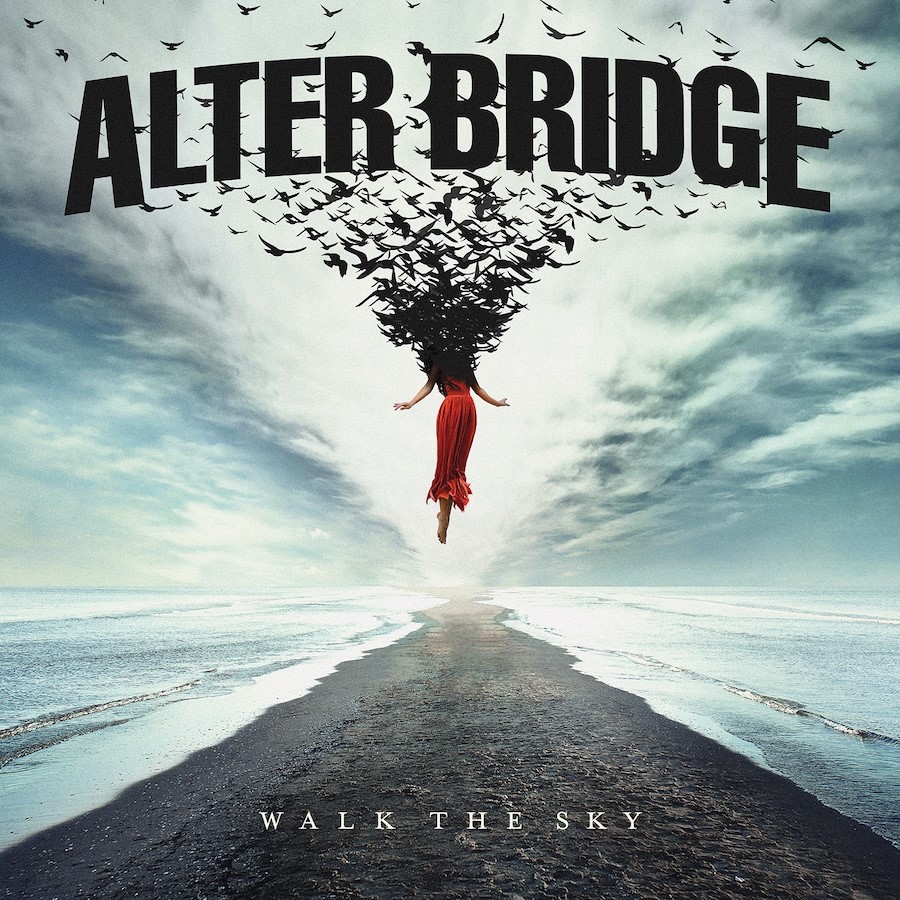 Although their output has been in a clockwork fashion, putting out successive efforts every three years since their inception, Alter Bridge offers up a truly organic and borderline theatrical experience on their sixth studio go-around. Starting off on what can be best described as a humble, up close and personal ballad/prelude in “One Life”, the approach is one of nuance that finds the guitars providing a sort of soft, ambient backdrop that almost melts into a rich, orchestral sound and results in a dense accompaniment to Myles’ crooning notes. But this impressive one minute and twenty-six second ditty proves to be the calm before a mighty storm of blockbuster anthems that blur the lines between 90s alternative rock, 80s heavy metal and occasional glimmers of modern progressive metal seamlessly. Much of the formula at play carries a mystical quality, spearheaded by heavy-ended groove numbers with a sort of Led Zeppelin-inspired eastern musical flavor such as “Wouldn’t You Rather”, “Native Son”, and the Tool-inspired and droning beast “Indoctrination”, yet everything ultimately reaches a point of cadence that can be best described as triumphant.

In essence, while the stylistic presentation on here is highly varied and occasionally genre-defying, there is an overall sense of melodic catharsis that plays into the formula of these songs that makes them highly accessible. Sometimes the whole song is an exercise in simple alternative rock expressions that function as throwbacks to the 1990s with a slightly more refined presentation, as heard on “Godspeed” and “Tear Us Apart”, both of which could have been Creed songs were Kennedy’s soaring tenor traded out for Stapp’s yarling baritone. Then again, versatile musical journeys in concise packages such as “In The Deep”, “Take The Crown” and the riveting ballad turned progressive metallic romp “Walking On The Sky” are exercises in dynamic contrast and intricate moments that are in a world all their own, albeit one appealing enough for any would be passerby to enter. Perhaps the greatest treat for any would be metal heads considering this opus would be Tremonti’s semi-frequent guitar solos, which channel elements of Kirk Hammett circa 1991 and occasionally even George Lynch at times, a rarity for a mainstream rock outfit in this day and age.

While it might be a stretch to assert that this is the greatest offering out of Alter Bridge in a career now spanning 15 years, it is definitely a major boon for those seeking a more metallic version of their stock and trade, and functions about as well as any of their albums as an introduction to their handiwork. Resting on top of one of the finest modern production jobs given to a rock album of late is a collection of highly involved songs that run the gamut of just about every important band heard in the 90s and 2000s within the American rock scene, trimming away all of the lame, anti-virtuoso baggage of said era while still embodying the same aesthetic. Some songs on here shine a tad more brightly than others, with s special highlight being the thrashing riff monster “Forever Falling” which provides a dark blend of Metallica and Soundgarden influences that no metal fan could pass up, and the entire package being offered up here is a solid one that is sure to play well to a wide audience, and hopefully give the present day purveyors of bubble gum pop fluff a run for their money in album sales.

Refusing to be pigeonholed by the orthodoxy of post-grunge, these contemporary icons of American rock forge a versatile and highly polished path through the modern musical wastelands to remind the masses that heaviness can still court the mainstream