It’s no secret Alice Cooper has entered the twilight years of his career, but he’s not riding into the sunset quietly – and that’s a great thing for his fans. The original master of shock rock (as well as clever lyrics, golfing, reinventing himself numerous times, we could go on…) has been incredibly prolific this decade. He has released two albums with Hollywood Vampires (with rumors of a live album on the horizon,) as well as two studio albums and two live albums as Alice Cooper, with possibly more to come soon, and of course there was Coop’s recent Record Store Day exclusive release of his reunion with the original Alice Cooper Group, and right now we find ourselves treated to a fun little trinket called Breadcrumbs.

Breadcrumbs will only be released on 10” vinyl in rather limited number: only 20,000 copies available worldwide. But for those who are not about to spin records on their turntable in 2019, fear not, for the album will also be released digitally on the same date. One could look at this as manipulating supply and demand, but with Alice Cooper, that’s probably not the case. When his 2017 studio album Paranormal was released, independent record stores were treated to their own exclusive blood red vinyl copies not available elsewhere. It just seems like ol’ Alice is having a bit of fun at this point of his career.

Speaking of what he’s doing at this point in his career, it’s fairly well documented here at Sonic Perspectives that Alice Cooper in the 2010s is firmly entrenched in what this reviewer likes to think of as the nostalgia point of his career, and, considering Coop is now firmly entrenched in his 70s (and is in spectacular health, golfing a mean full round of golf every day, while only playing nine on concert dates) he has every right to be that way. Even the very core of the concept of his band Hollywood Vampires with Joe Perry, Johnny Depp, and Alice Cooper live band members, it started as a way to pay homage to lost but not forgotten friends like John Lennon, Jim Morrison, Keith Moon, and others. In his live shows this decade, he takes the salute even further while saluting his “dead, drunk friends.” So, what’s the next logical step in this audio time travel? Breadcrumbs. 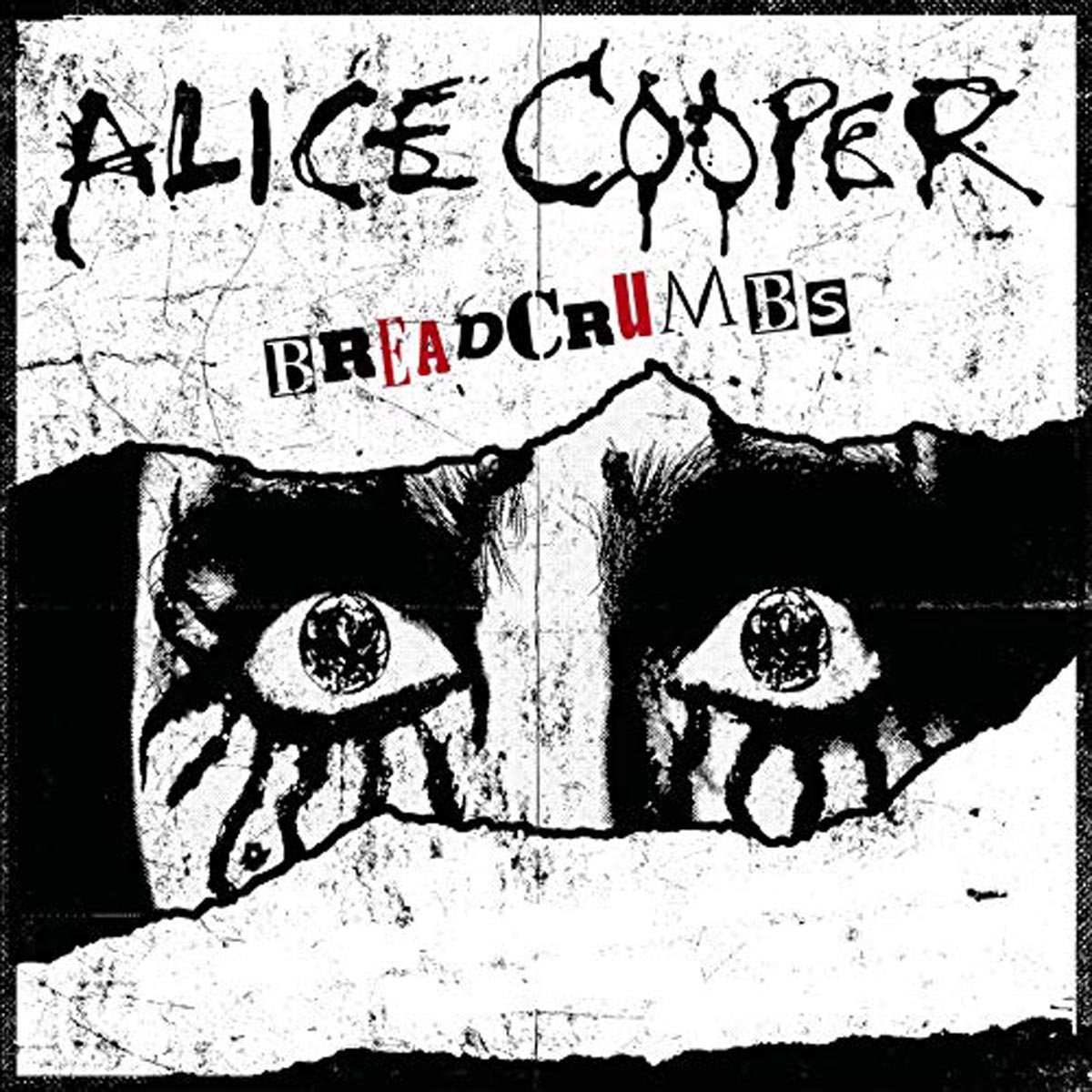 This EP is a short release, clocking in at about 22 minutes, but that’s why it’s an EP. It’s meant to be – like the song “Detroit City 2020” says – loud and fast. Alice Cooper is looking back at his roots in Detroit, as chronicled in original Alice Cooper bassist Dennis Dunaway‘s book “Snakes! Guillotines! Electric Chairs! My Adventures in The Alice Cooper Group” and in doing so, continues to play music that inspired Cooper (then Vincent Furnier,) Glen Buxton, Michael Bruce, Dennis Dunaway, and Neal Smith to go big or go back to Arizona. It’s six songs, and it’s a little bit of everything. The aforementioned “Detroit City 2020” is a revamped and updated version of “Detroit City” off of 2003’s The Eyes of Alice Cooper (has it been 16 years already?!) but is a bit lacking if the listener is familiar with the original chorus and expects the chorus to be in its usual place. Elsewhere, we find cover tunes in the forms of Bob Seger‘s lesser-known “East Side Story”, MC5‘s “Sister Anne” (a band mentioned in the original version of Detroit City,) Suzi Quatro‘s “Your Mama Won’t Like Me”, Ryder & The Detroit Wheels‘ “Devil With A Blue Dress On” (which might be the most sluggish song on the album, and could stand to be played a few beats per minute faster). And lastly, we have an original new Alice Cooper tune, “Go Man Go”, which is a classic Alice rock ‘n roll road trip song in the vein of “Dynamite Road”, off of Paranormal, which Cooper described as the rockabilly, “Devil Went Down to Georgia” song off of that album, when this reviewer was lucky enough to pick his brain a bit at 2018’s Raleigh Supercon in North Carolina.

As fun as the entire album is, in this writer’s humble opinion, the song that is by far the most electrifying is “Your Mama Won’t Like Me”. It’s got snappy brass hits, nice and fluid Fender Strat playing, some classic Cooper gender-bending, absolute confidence and swagger, and Alice singing as good or better as we’ve heard him in years. In short, the song straight-up rocks.

Overall, the entire effort is well-meaning, entertaining, rocking, and just a good bit of fun, and a nice little physical media collectible for diehard Alice Cooper fans. Which leads to our final point – this isn’t for everyone. The casual Alice Cooper fan, maybe someone stopping by to see what the legend is up to, is much better served by checking out 2017’s Paranormal album, or the new Hollywood Vampires album, Rise. But if one is sitting at their desk on a Friday afternoon and looking to spin a bunch of Alice Cooper to pass the work day, this will slide in nicely to the overall playlist. But the 10” vinyl is really recommended for loyal fans and/or vinyl enthusiasts (under which category this reviewer thankfully falls, as he waits patiently to receive his own physical copy he ordered). That said, as we’ve seen all too recently these past few years, we never know when our “Heroes” will leave us, so it’s definitely worth checking out for 22 minutes of a fun romp through some updated rock and roll history, as we never know when or if we’ll get new studio material from Alice Cooper again. Granted, that shouldn’t be the deciding factor in whether to listen to music, so, thankfully, this little EP is a hot little piece of vinyl to spin for decades to come.

It's obvious that such a release is right up Alice Cooper's alley these days, and it's obvious this was all his idea, as it is pulled off very well. It's so good, in fact, that an entire album of similarly released material would be welcome. Alice Cooper's voice sounds tremendously good on this EP, as he's reaching that point where he sounds better in the studio than he does live, where he's admittedly a bit more gruff sounding. In the studio, he resembles the Billion Dollar Babies Alice of yore, which is an impressive feat roughly 45 years later. Alice Cooper is content to keep riding this nostalgia wave, and faithful fans should be just as content to keep riding along with him. The garage days of rock 'n roll are alive and well even if the man performing the music is a Multi-Million Dollar Baby.