As Alice Cooper‘s career nears the end of the sixth consecutive decade over which it has cast a gloomy shadow, it’s easy to look back on the icon’s distinct periods throughout. In the ’70s, we had the legendary Alice Cooper group and the beginnings of a very long and successful solo career with Welcome To My Nightmare. Then there was the film noir hard-boiled detective era, the blackout period, the triumphant sober return with shred-filled hits of the ’80s, the commercial success of the “We’re not worthy” era with Trash and Hey Stoopid, and even the darker metal days of Brutal Planet and Dragontown. There has been a pretty reliable return to form since 2003’s The Eyes of Alice Cooper, but in the 2010s, as Coop enters his 70s, one can feel the man waxing nostalgic about his past… but also perhaps with a bit of melancholia over all of his friends who left before him. This has become what could be called the “My Dead Drunk Friends” era, as heard in the song of the same name live with his solo band, and also in the final song of the self-titled album Hollywood Vampires, Alice Cooper‘s all-star side project with Aerosmith‘s Joe Perry and superstar actor and surprisingly talented guitarist Johnny Depp.

The band has been touring sporadically but with some dependability since 2015 saw the release of that self-titled album, and now we’re on the cusp of the band’s sophomore album release, Rise. The first album started in classic manner, with vampiric narration by the legend (not strong enough of a word) Christopher Lee, who has since left us, in a sad loss that summarizes the underlying theme of Hollywood Vampires quite well. The band’s name is a nod to Alice Cooper‘s drinking club during his heaviest drinking days in the ’70s with such rock icons as Keith Moon, John Lennon, Mickey Dolenz, and Harry Nilsson. Coop has a way of weaving such tall tales that they beggar belief, but there’s enough corroboration out there that, yeah, it’s all pretty much true. So, that first album followed suit with a theme of paying tribute to those old dead, drunk friends, but also paying tribute to the living by showcasing cameos from A-list friends like Paul McCartney and Brian Johnson. But while killer original songs like “Raise The Dead” got the album going nicely, it might have left some listeners feeling flat with what became mostly a cover album (even though a lot of them, such as Nilsson‘s “Jump In The Fire” are fantastic). 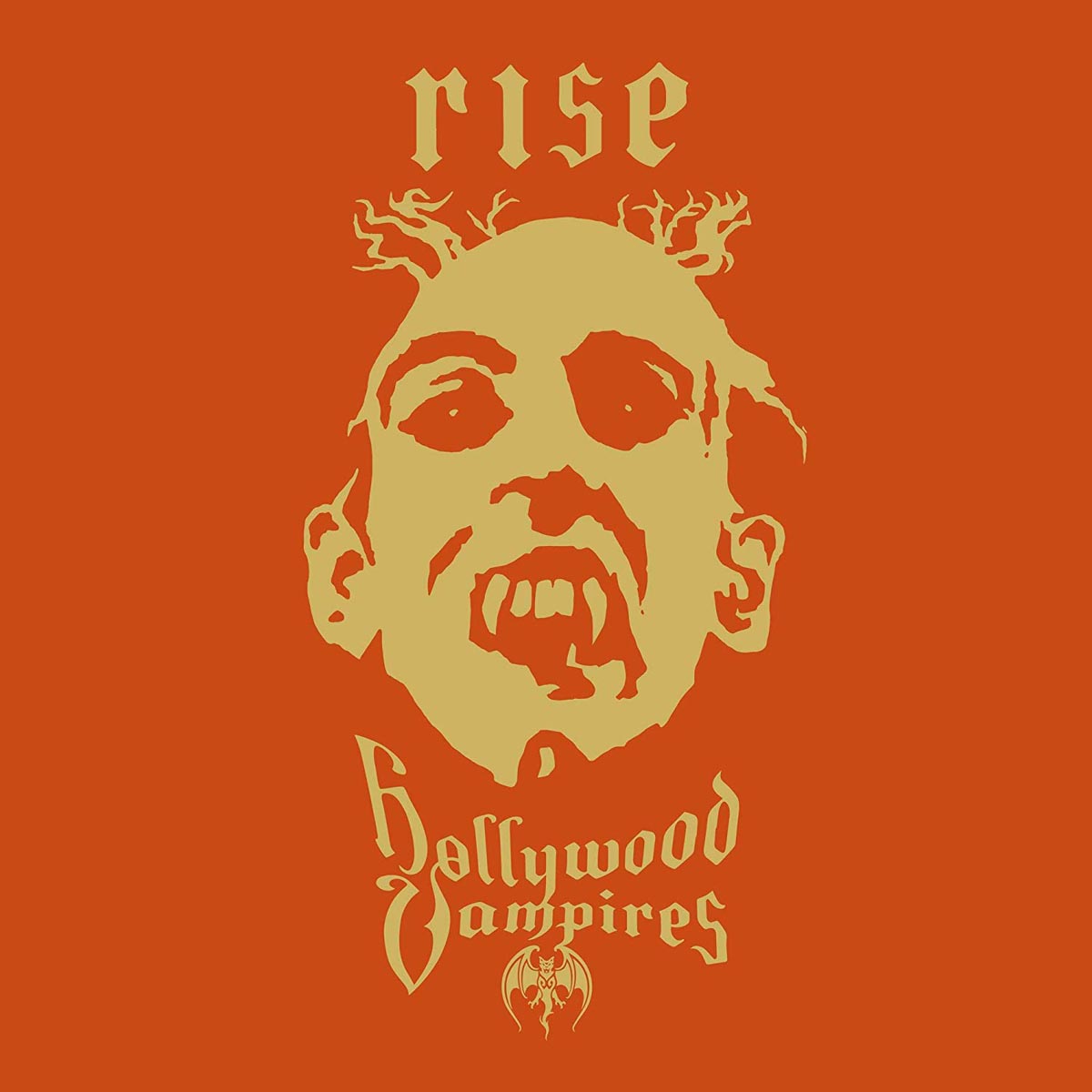 Rise is the album that fans of both Hollywood Vampires and Alice Cooper have been waiting for since the project was first announced earlier in the 2010s. It’s almost all originals, and what sparse cover songs there are sound absolutely heartfelt and continue the tribute theme quite well. What’s more, Joe Perry and Johnny Depp‘s contributions are much more noticeable this time around. On the first album, there were so many guest appearances, that between those and Alice Cooper‘s vocals, anyone working the metaphorical spotlight would have a hell of a time remembering where to point it and when. It’s no wonder Depp and Perry were somewhat lost in the craziness happening on the album. Now, each of them has lead vocal duties at some point, and their guitars seem much more present, as do the contributions of Alice Cooper band member and unsung hero Tommy Henriksen, who does a little bit of everything on Rise.

There are only three cover tunes this time around, Jim Carroll Band’s “People Who Died,” (a perfect cover choice for this album), Johnny Thunder‘s “You Can’t Put Your Arms Around a Memory,” with Perry on lead vocals, and David Bowie‘s “Heroes,” which features Depp on lead vocals in a surprisingly heartfelt moment on the album. It’s also tremendously fun to hear Depp sing Bowie, because the man is such a chameleon that he comes across as a strange hybrid of Bowie and Captain Jack Sparrow in his vocal delivery, and it’s oddly wonderful. Elsewhere throughout the album, we are treated to short 30-to-60 second interstitial pieces that give a complete album feel, as opposed to a collection of singles. And as far as stylistic approaches, there’s something for everyone here: we have a honky-tonkin’ chicken-pickin’ train song in “Welcome to Bushwackers” (featuring a slide guitar solo by Jeff Freakin’ Beck!); all-out rockers and with and without social commentary in “I Want My Now,” and “The Boogieman Surprise;” a dark and Cooper-esque epic in the form of “Mr. Spider,” which fits in nicely with his other spooky and spidery pieces from his past work; a spoken-word finale in the form of “Congratulations,” with a galloping 6/8 feel and multiple speakers (presumably the trio of Cooper, Perry, and Depp) sounding, well, just absolutely awesome and inspiring; and of course the album’s lead single “Who’s Laughing Now,” a song which is pretty cool enough on its own, but might not be enough to sell people on the album at first listen. Suffice it to say, though, the lead single works much better in the overall context of the album than standing alone on its own.

What we end up with is an album sure to please fans of the original Alice Cooper group of Dennis Dunaway, Glen Buxton, Michael Bruce, and Neal Smith. But it’s an album that has enough of its own identity that it doesn’t simply sit in the shadow of Coop‘s storied career, or Perry‘s with Aerosmith. And in a way, it breaks free from living in the past completely, like its predecessor album might have been guilty of doing. Now that we have two Hollywood Vampires albums, it’s nice to see the band’s musical personality taking shape more and more, as the first album was almost a bit confusing. Now, with the two albums to complement each other, they raise each other up… rising tide, and all that. Coming off of the success of 2017’s “Paranormal” album and resulting live album, “Rise” is a huge treat for Alice Cooper fans so soon afterwards, and rumors have it (well, technically Coop himself divulged this information at Raleigh Supercon in July 2018 when this reviewer attended his Q&A panel) that we might have a live album from Hollywood Vampires coming sometime soon as well. With so many legends gone, especially in the rapid succession of tragic losses we’ve seen just since the beginning of 2016, or really with Lemmy‘s death in late 2015, it’s a good time to pause, look back and reflect, and take a moment to celebrate the “Heroes” who are still with us today.

Rise is an incredibly strong album, and fantastically hook-laden, with song staying with you after the first listen. It's dark, brooding, mysterious, and flat-out funny at times. So much personality from the various musicians shines through, that it almost feels autobiographical in a way, or that they're playing a house show just for you. The songs are excellent, and it's refreshing to have songwriting contributions from all three of the Vamps this time around, and minimal cover tunes. That aspect makes this feel like more of a band and less of a project, which is always a welcome thing. We're lucky to have a sophomore album from this group, but that won't stop this reviewer from selfishly holding out hope that we're treated to a third one in the coming years.