Genius.  It’s a word that is misused and overused these days. But let’s be clear, Neal Morse is a musical genius. For the purposes of this review, I’m not even referring to his compositional, lyrical, vocal, orchestral or even multi instrumental skills. No, I’m speaking about his ability to surround himself with world-class musicians. Keep that in mind, as it will come into play over the next few paragraphs.

If you’ve followed his career you’re well aware of, what I like to call, The Neal Morse Trio. This includes the brilliant Randy George and Mike Portnoy, both of whom have contributed writing and arrangement skills over the years. But with the addition of Eric Gillette and Bill Hubauer a few years ago, this juggernaut…this FULLY OPERATIONAL Death Star known as the Neal Morse Band has risen to astronomical new heights. This live recording brings their latest (and very much celebrated) album, The Similitude of a Dream, to life. If you’re reading this, I’ll assume you’re already familiar with that stellar double concept album and I’ll base this article solely on this live performance. Let’s dive in.

The Tilburg audience is treated to over 2 hours of astounding Neal Morse Band-style prog. The venue is excellent, with wide open sight-lines and fantastic lighting throughout. Neal’s ability to step from behind the keyboard, interact with the crowd and even add some theatricality to the performance spices up the performance greatly. This is the first time we’ve seen him use props and costume changes to “act out” a character from an album. I’m hoping we see more of this sort of thing in the future.

The editing on some live concert videos nowadays is so fast paced that it becomes downright seizure inducing. Not in this case. Camera angles here are very engaging, appropriate and oftentimes make you feel like you’re right in the middle of the action. The editing is neither too lethargic nor excesively frenetic, as can sometimes detract from live productions. The pace keeps it interesting and helps the viewer experience the live show as if they were in Tilburg that night. Extra points to Eric Gillette for the superb audio mix on this release.

What some may not quite glean from the studio recording of The Similitude Of A Dream is the sheer quantity of vocal harmonies on this album. At times 3, 4 and even all 5 band members are flexing their vocal muscles, creating a delicious blend of melody and harmony. They even manage to extend a bit of the Hubauer penned “The Ways of a Fool” simply to highlight this vocal interplay. Instrumental prowess was certainly on display that night, but for me, the vocal harmonies really helped paint the musical landscape in a unique way. 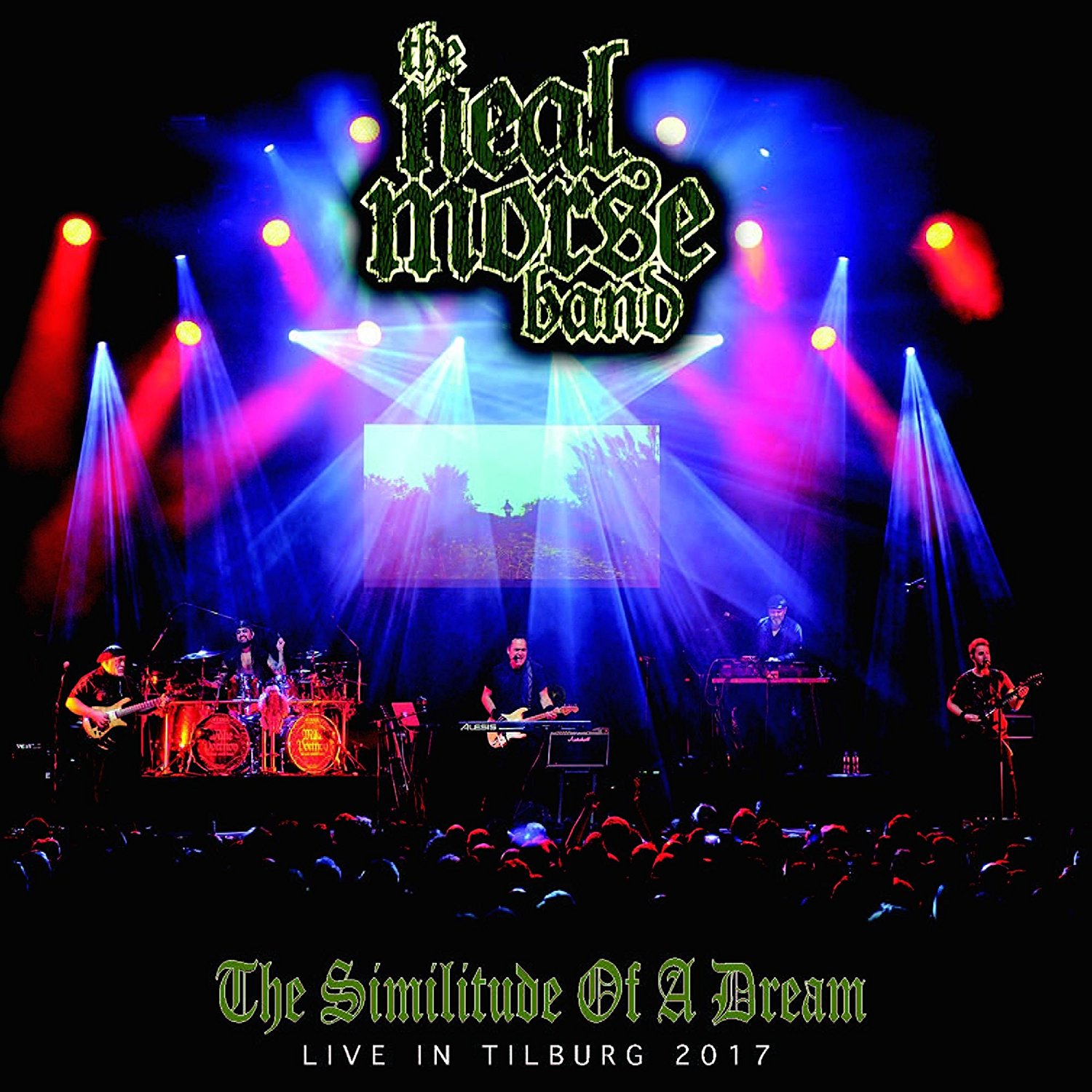 “The Similitude Of A Dream: Live In Tilburg 2017” Album Artwork

Favorite tracks/performances?? Throw a dart…talk about all killer, no filler! If I’m forced, simply due to the energy and interaction with the audience, I’d go with “The Man in the Iron Cage”, “Slave To Your Mind”, “Breath of Angels” and “I’m Running”. And they wrap it all up with the one-two punch of “The Mask and the Battle”!! Let’s just say you’ll need a breather at the end.  And as if that album wasn’t enough, we’re treated to the encores of “Momentum”, “Author of Confusion” (the climax of which serves to confirm Portnoy’s legend!), “Agenda” and “The Call”. Every single hand in that venue goes up in triumphant exhaustion at the glorious conclusion of the final note. And you’ll feel a part of it and a real connection watching this incredible live performance. I believe The Similitude Of A Dream will stand, decades from now, as an absolute classic of the genre, and this live CD/DVD/Blu-Ray is very worthy documentation of the corresponding tour.

Bottom line: this is a Master Class in live, modern prog. To the unschooled, this band gives the impression of a cohesive unit that is on tour all year, every year. This performance is interesting, moody, passionate, engaging, theatrical and sonically and visually enjoyable. From 5 virtuosic musicians to the beautiful lighting to the amazing video screen visuals to the stellar house mix (shout out to Christian Rios and Rich Mouser, respectively), you’ll have a smile on your face for over 2 hours! What else can I say? Just BUY IT!

“The Similitude of a Dream – Live In Tilburg 2017” CD tracklisting:

The Neal Morse Band brings their career-defining (thus far!) release “The Similitude of a Dream” to life in this outstanding live performance! The caliber of playing in this group rivals any of the greats (Genesis, Yes, Kansas, Zappa, etc) in the prog genre…it’s THAT good! The dizzying instrumental intricacies, sublime soulful vocal delivery and overall masterful musicianship displayed here is worth every penny you’ll pay for this live concert experience. Enjoy the show!