The Duke of Spook has returned once more from beyond the grave to reveal the Necrophaze!  This latest, full length offering from the ghouls of WEDNESDAY 13 will be available on September 27th via Nuclear Blast Records. Today, the band has revealed the artwork, track listing and a creeptastic new single, “Decompose,” that’s available for stream below.

Commenting on the new song, Wednesday says, “The track “Decompose” is one of the first songs that was written for the new album, and one of the songs I was most excited about. Our drummer Kyle came up with the music, and once the band all got together, it took on a new life. With the addition of the eerie keyboard/piano pieces added in by Roy Mayorga (STONE SOUR, HELLYEAH), this is another classic WEDNESDAY 13 graveyard sing along.”

Heavily influenced by the real life night terror occurrences of Wednesday himself, historical serial killers, and a slew of 80’s horror films, the ideas behind Necrophaze are bizarrely familiar, frightening, and a hell of a lot of fun. Being a collector of both media and toys, WEDNESDAY 13 was inspired by a craving for variety to create dual album artwork for this release (seen below). The covers showcase either end of the horror spectrum with a “Creepshow” comic book vibe for the LP artwork, and the eeriness of something akin to John Carpenter’s “The Fog” adorning the CD. 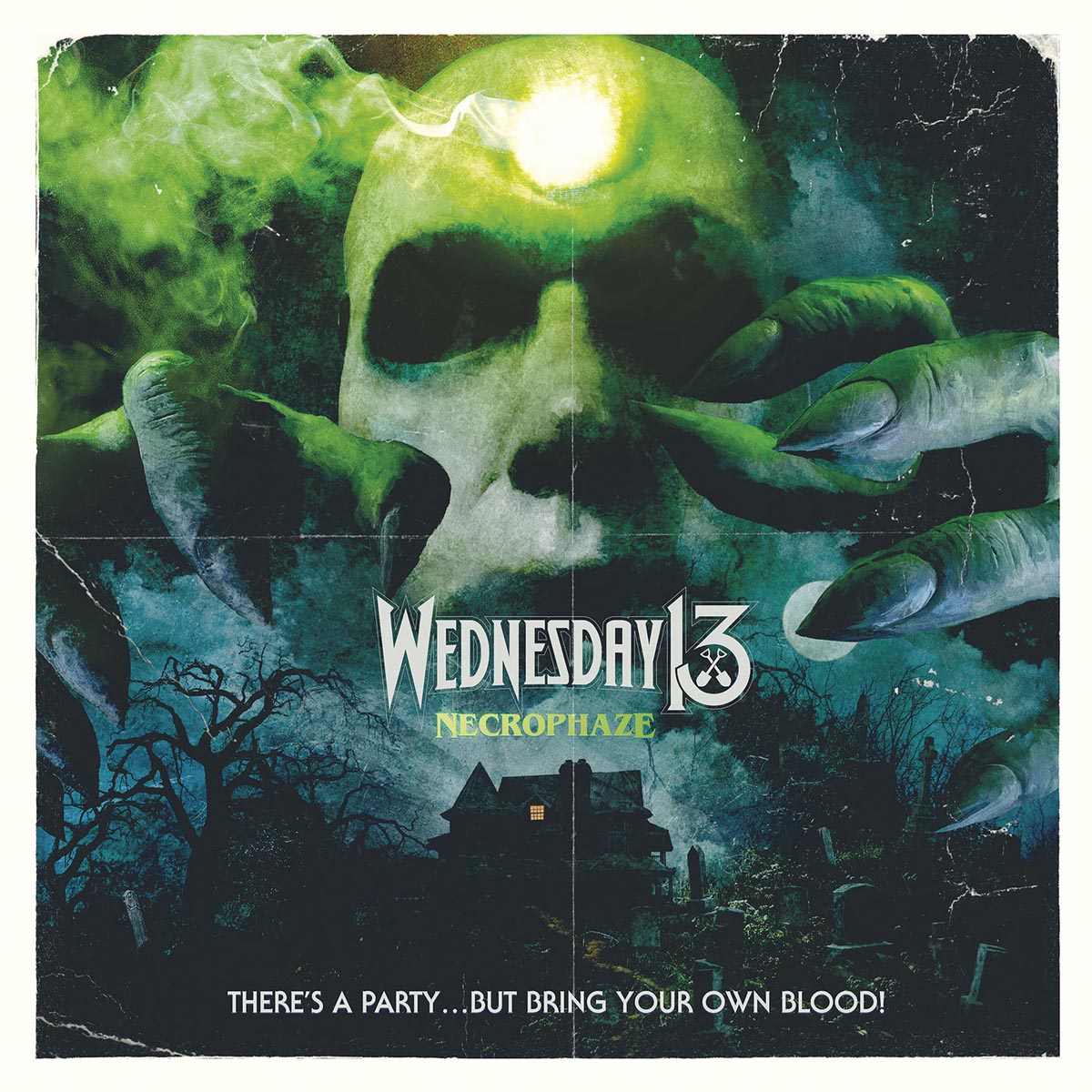 Necrophaze was recorded by Michael Spreitzer, producer, recording engineer, as well as the long time guitarist of DEVILDRIVER, and is the first WEDNESDAY 13 record to feature guest spots, which include performances by Alice Cooper, Roy Mayorga of STONE SOUR (who provides an eerie, authentic, 80s inspired synth soundtrack-score to the album), Alexi Laiho of CHILDREN OF BODOM, and Christina Scabbia of LACUNA COIL. Also making an appearance on the album is Jeff Clayton: member of legendary punk bands ANTiSEEN & GG Allin’s MURDER JUNKIES.

“To say we are excited about this release would be an understatement,” Wednesday adds. “We have re-built and Frakensteined an all new WEDNESDAY 13. This is the next chapter, the next experience, the next phase into our world…Enter the Necrophaze. This is the most elaborate, horror themed album I’ve ever released under the name Wednesday 13. Channeling the atmosphere of early 80s horror films, tv shows, cartoons and movie soundtracks the Necrophaze was complete. To add a little more Blood to the party, we had the complete honor of having the Godfather of shock rock, the legendary Alice Cooper. Alice is a guest doing the introduction to the album and the title track Necrophaze. We wanted to give the listener the ultimate listening experience as if our band was the soundtrack to a horror film. The artwork for the CD and vinyl is a visual guide to the songs, and the live show will be the living breathing horror movie version. There will be a WEDNESDAY 13 action figure, music Videos, movie soundtrack trailers, commercials and more all on the way with the release of Necrophaze. The artwork and packaging is a tribute to the classic art and packaging from my favorite time of the 1980s. So welcome to Party…but bring your own blood.”

WEDNESDAY 13 is currently wrapping up the first leg of their North American tour, before heading to Europe and Australia, which will be followed by their return home for shows with DEVILDRIVER,STATIC-X and DOPE.

Pre-order Necrophaze here and check out the album bundles here