STATIC-X has released a video teaser for their new song, “Hollow,” off of their highly anticipated 7th studio album, “Project Regeneration”. The album is scheduled to release May 29, 2020 with all pre-ordered merchandise associated with the new album to begin shipping October 15th. The teaser video can be seen below.

Originally scheduled for release in Spring of 2019, the new STATIC-X album, “Project Regeneration” was first intended to feature several guests vocalists, along with the original Wisconsin Death Trip band line up of Tony Campos, Ken Jay, and Koichi Fukuda. During the recording sessions for “Project Regeneration”, one of the bands producers uncovered several additional unreleased / unfinished STATIC-X tracks, many of which contained isolated vocal performances by Wayne Static. Because of this incredible find, the new STATIC-X album will now feature lead vocals by Wayne Static on virtually every song.

“It was very surreal” says Tony Campos “Our producer was going through all of these old studio tapes, many of which were damaged. He called me up and told me that I needed to get down to the studio right away and listen to what he found.. I jumped in my car and raced to the studio and what he shared, fucking blew me away.. It was Wayne singing on track after track, but there was little to no music on any of it.. Most of the tapes were damaged and Wayne‘s voice was virtually all that remained in tact.”

“It was just crazy!!” adds drummer Ken Jay “There we were.. Myself, Tony and Koichi, back in the studio together, after all these years, and somehow the universe decided to surprise us with all of these lost STATIC-X tapes containing Wayne‘s voice. I just couldn’t help thinking that this was all somehow meant to be. I couldn’t stop thinking about how happy this was going to make Wayne‘s family, and all of the STATIC-X fans around the world.”

While this comes as amazing news for the fans, completing these additional tracks has created a lot of additional work for the band and their producers. Due to the busy touring schedule associated with the 20th Anniversary of Wisconsin Death Trip, the band had no choice but to delay the album’s release.

“The official release date for “Project Regeneration” is now May 29, 2020.” Says Tony Campos “In the meantime, we have decided to go ahead and ship out ALL of the merchandise and schwag associated with the pre-orders to all the fans who have participated. This way they can have all of their shirts, hoodies, posters, etc, while we all wait a little bit longer for the music to be complete.. As originally planned, the Cd’s will ship to everyone the week prior to release..” 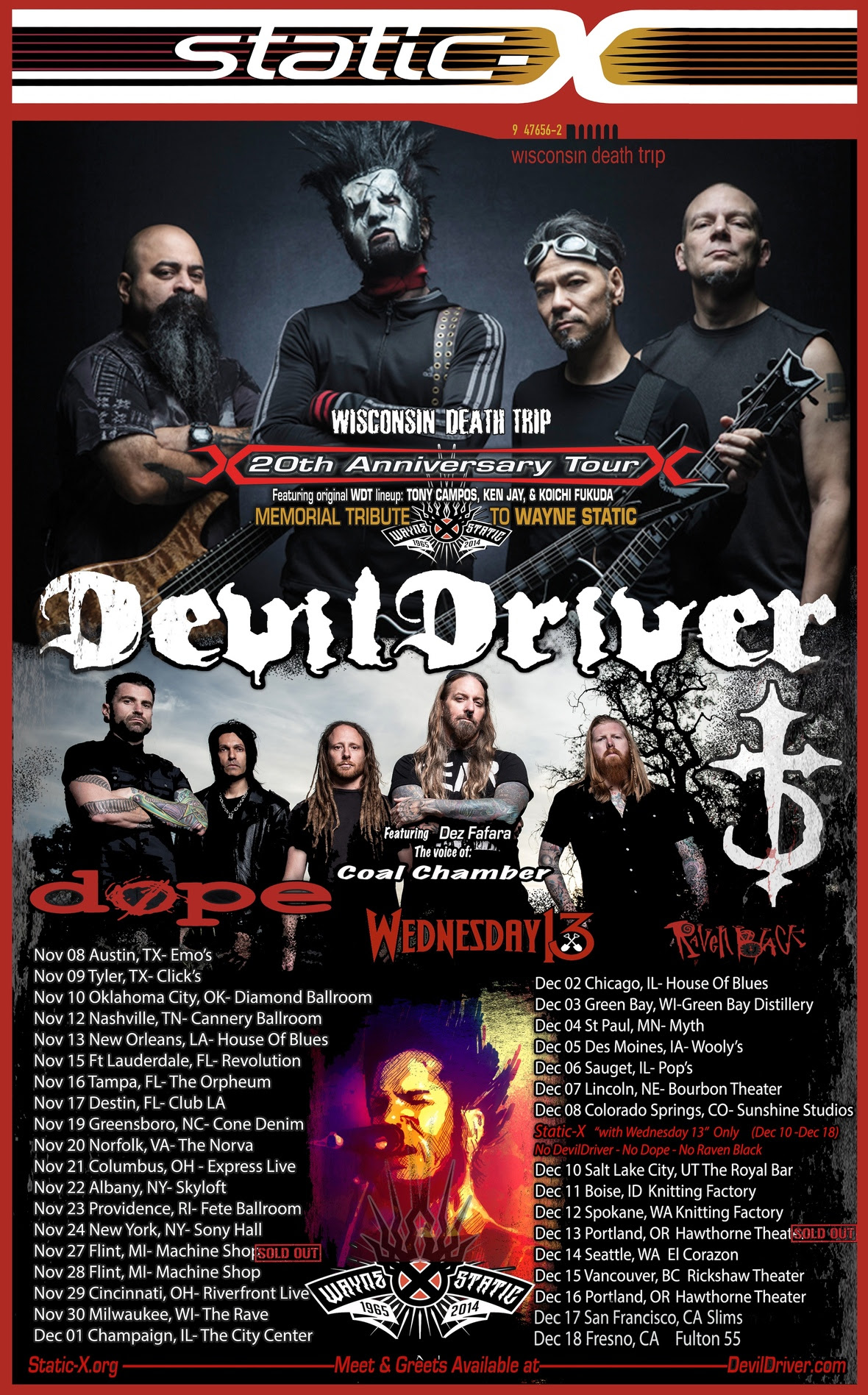 “In addition, we are finally able to begin sharing some of the finished music from “Project Regeneration”” adds Campos “There is a lot of great stuff on the way, but right now we are going to share a video clip for one of the newly finished songs called ‘Hollow’. This song was originally a demo from the Start A War album, which was never completed.”

“Wayne and I never felt like the music on the original demo was fully realized” adds Tony “The vocals sounded great, but some of the musical compositions from that time period felt a bit experimental. There is a reason that some of these tracks never made it on a previous STATIC-X album, and it certainly wasn’t because of Wayne‘s vocals. The band was just going through a lot of changes at that time and, in retrospect, it felt like we were straying away from that authentic STATIC-X sound that had really defined us.”

Ken Jay adds, “When we began working on “Project Regeneration” our producers advised us to ignore all of the old demo music… We opted for the original band to re-enter the studio with nothing more than Wayne‘s vocal tracks… The vocals sound really great and I think that Wayne would be really happy with what we’ve done with the music and to hear that these tracks have finally realized their full potential..”

“The 20th Anniversary for Wisconsin Death Trip only comes once in a life time.” Says original guitarist Koichi Fukuda “and this year has been absolutely incredible. The new album is going to be very special and this whole 20th Anniversary touring process has been a very unique and healing experience for the band and also for the fans.”

“We are so grateful to the fans who have made 2019 such an incredible year for STATIC-X!” adds Ken Jay “We have toured the world and celebrated the life and work of our dear friend Wayne, while playing our debut album front to back every night… The fans have really exceeded our expectations and again, we are just so grateful!”

“Now that the touring for 2019 is coming to an end, we have revised our schedule and we are excited to finish the album so that we can get it into the hands of the fans asap,” states Campos “I promise that it will be worth the wait!”