Californian death metal force SKELETAL REMAINS have released “Illusive Divinity”, the first single of their fourth studio album “The Entombment Of Chaos” which will be out on September 11th.

The band comments: “We are very excited to share with you the first single and opening track off of our new album “The Entombment Of Chaos”. We feel this is a good introductory to the album that gives you the vibe for what the rest of the record has to offer. “Illusive Divinity” tells a story about the arrival of higher beings with hidden intentions fooling all into believing they are divine entities here to bring salvation to humanity.  Hope you all enjoy!”

The album will be released as Gatefold LP plus CD, Limited Edition Digipack CD with patch, jewel-case CD and digital album. “The Entombment Of Chaos” can be ore-ordered here at will include the following tracks: 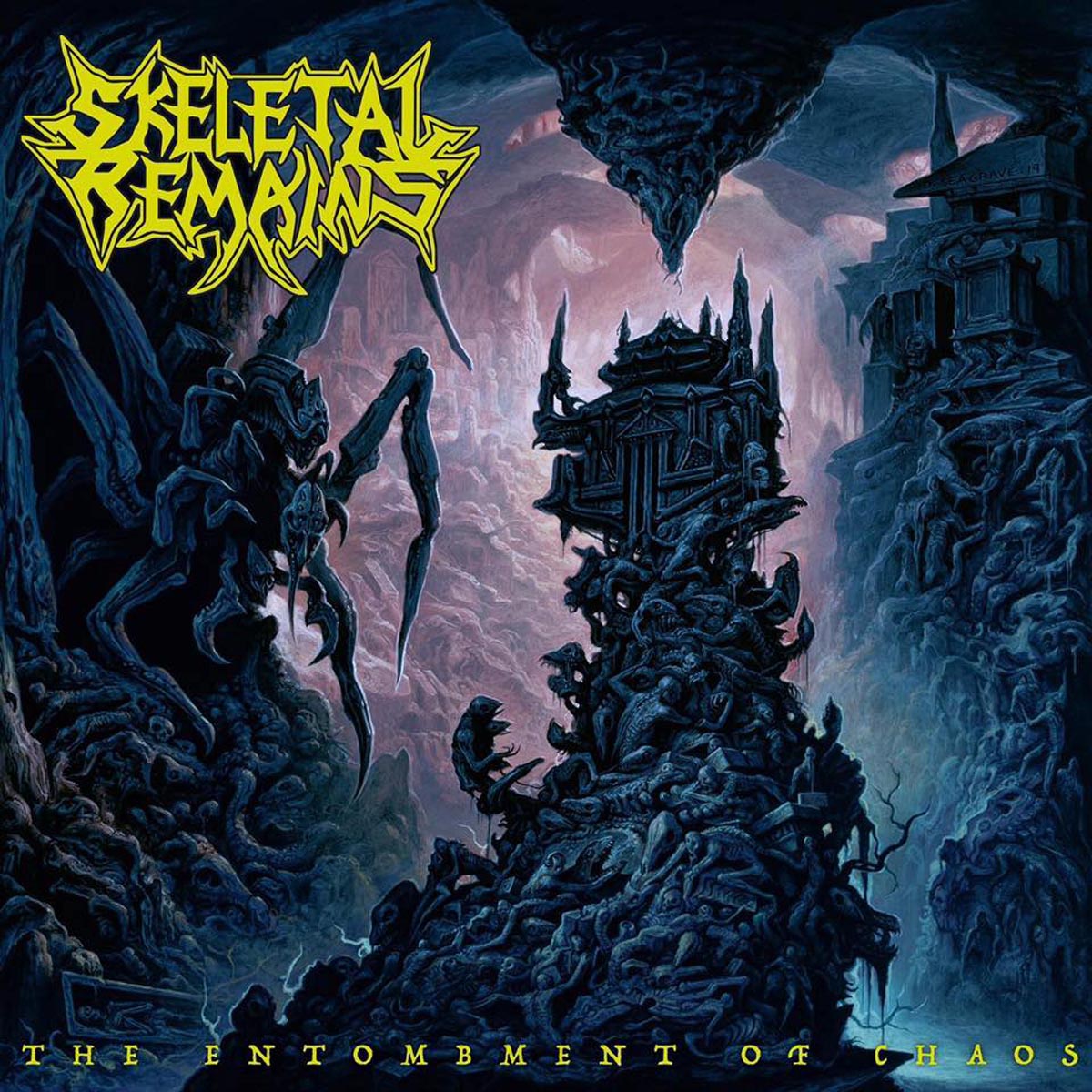 SKELETAL REMAINS formed as Anthropophagy back in 2011, released two acclaimed albums through German label FDA Rekotz and honed their skills on the road, playing an impressive amount of gigs and tours early on in the band’s career. In 2018, the band took the proverbial next step, releasing their third record, “Devouring Mortality”, on Dark Descent in North America and Century Media internationally. Having toured with the likes of Obituary, Hatebreed, Municipal Waste, Power Trip, The Black Dahlia Murder, and many more, SKELETAL REMAINS have succeeded in building up a loyal following worldwide and will now excite their supporters once again with a strong sonic statement.