Tampa detah-metal warriors SIX FEET UNDER have released a new album of previously unreleased material, entitled Unburied, via Metal Blade Records. Produced by Six Feet Under‘s Chris Barnes and mixed/mastered by Chaz Najjar at Badlands Recording (Denver, CO), the collection features 9 tracks from the Undead (2012), Unborn (2013) and Torment (2017) sessions; Unburied is only available digitally now at this location. For a preview of Unburied, a lyric video featuring hand-painted art (created by by Septian Devenom) for the track “Gore Hungry Maniac” can be viewed below. 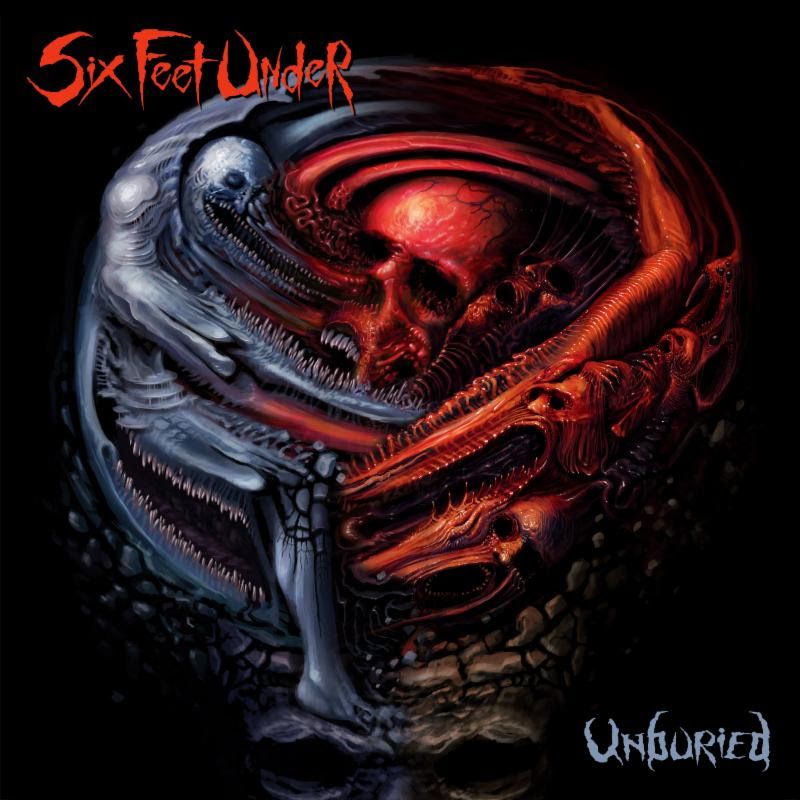 Front-man Chris Barnes comments: “I feel ‘Unburied‘ is something special and interesting to release, that is different, being that this is our first digital-only release and the songs are all in their rawest and earliest form. It was also a shame for the songs to just sit there and go to waste – I knew the fans would dig them, and also everyone involved worked so hard writing and putting them together. I always felt like the tracks were excellent Six Feet Under material, and wanted to finish and release them at the time of each release – but there was just so much material that was put together for the ‘Undead‘ and ‘Unborn‘ sessions, that eight songs were basically left over in the demo stages. Also one song from the ‘Torment‘ session that Jeff Hughell wrote – ‘As the Dying Scream’ – was left over in its demo stage as well. Hopefully you enjoy these tracks and it holds you over ’til the next full-length album!”