Brazilian/American metallers SEPULTURA will be joined by Orquestra Sinfonica Brasileira (Brazilian Symphony Orchestra) for a performance at the 2021 edition of the Rock In Rio festival. The Orquestra Sinfonica Brasileira is one of Brazil’s foremost orchestras and plays an important role in the country’s cultural life. Also scheduled to appear on September 24 — the festival’s opening day — in Rio De Janeiro, Brazil are IRON MAIDEN, DREAM THEATER and MEGADETH.

Having previously released its 2013 Rock In Rio performance with French percussion group Les Tambours De Bronx as a live album and having premiered the first single, “Isolation”, from its latest album, “Quadra”, at Rock In Rio in 2019, SEPULTURA is ready to deliver once again an outstanding performance at Rock In Rio 2021.

Guitarist Andreas Kisser states: “We’re very happy and honored to be part of Rock In Rio once again, especially now to open the first day of the festival, the Heavy Metal Day, with the Orquestra Sinfonica from Brazil. The biggest orchestra in Brazil and the most powerful. We got a very special set list with SEPULTURA songs, with songs from classical composer and we will perform the ‘Ludwig Van’ song that we recorded on the ‘A-Lex’ album live. It is a fantastic opportunity to do a unique show again on Rock In Rio and we cannot wait to see you all on stage!”

“Quadra” was released in February via Nuclear Blast Records. It is a concept effort created at Sweden’s Fascination Street Studios with renowned producer Jens Bogren. “Quadra” is the follow-up to “Machine Messiah”, which was SEPULTURA‘s fourteenth studio album and the eighth since Green joined the ranks.

The band just announced the “Quadra Europe 2021” tour that will lead SEPULTURA through metal capital cities all over Europe. Order your tickets at www.sepultura.com.br and catch the tour package on one of these dates: 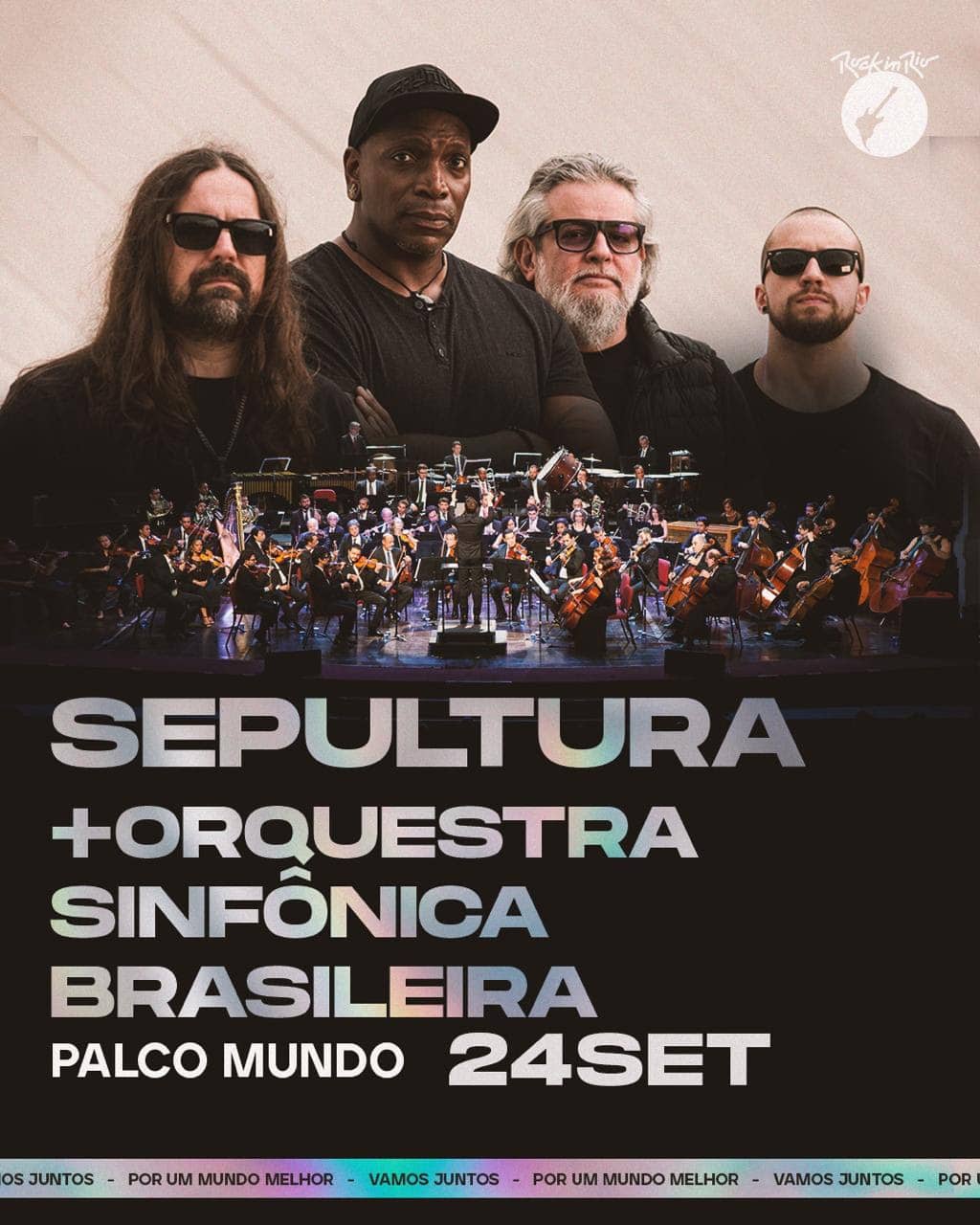