Twenty years ago, SALIVA released its breakout sophomore studio album, “Every Six Seconds”, which went on to reach platinum success and produced three charting singles. In celebration of the record, the band has announced that it re-recorded select songs from the album with current frontman Bobby Amaru. The band will release “Every Twenty Years” on May 7 and will perform tracks from the EP as part of a “one-night-only” livestream experience on Friday, April 9 at 6:00 p.m. PT.

The livestream event “What Happens in Vegas, Streams in Vegas”, presented by Live From Las Vegas, will see SALIVA perform tracks from “Every Twenty Years”.

Livestream tickets, Zoom VIP Experience and merch packages can be purchased at this location..

Speaking about the upcoming EP and the lasting impact of “Every Six Seconds”, Amaru states: “In the 10 years I’ve been with the band, I’ve realized how strong our fan base really is. I wanted to do something for the fans for embracing me with open arms. Fans have asked me all the time if we ever thought about recording some of the old hits with my voice. I’ve sang those songs enough that they have become an important chapter of my life. What better way than to revive this album with an EP to mark the 20th anniversary? People of my generation and all around rocked these tunes before and will continue to. ‘Every Six Seconds’ brought SALIVA abundant success and we are all grateful.”

Formed in Memphis is 1996, SALIVA released a self-titled a debut album the following year. After selling 10,000 copies of the self-released album, Island Records took notice of the band. “Every Six Seconds” and its hit singles, the Grammy-nominated “Your Disease“ and “Click Click Boom“, catapulted SALIVA into the mainstream and is now certified double platinum.

After nearly 15 years, SALIVA parted ways with vocalist Josey Scott. In 2011, Bobby Amaru stepped in to fill the roll, infusing SALIVA with new blood, spirit and an energy similar to that which launched the band’s career a decade earlier. From modern metal to straight up hard rock, SALIVA continues to write in-your-face, anthemic songs, and win fans over through tours around the world with the biggest names in rock and appearances on the main stages at countless festivals and the most well-known motorcycle rallies. 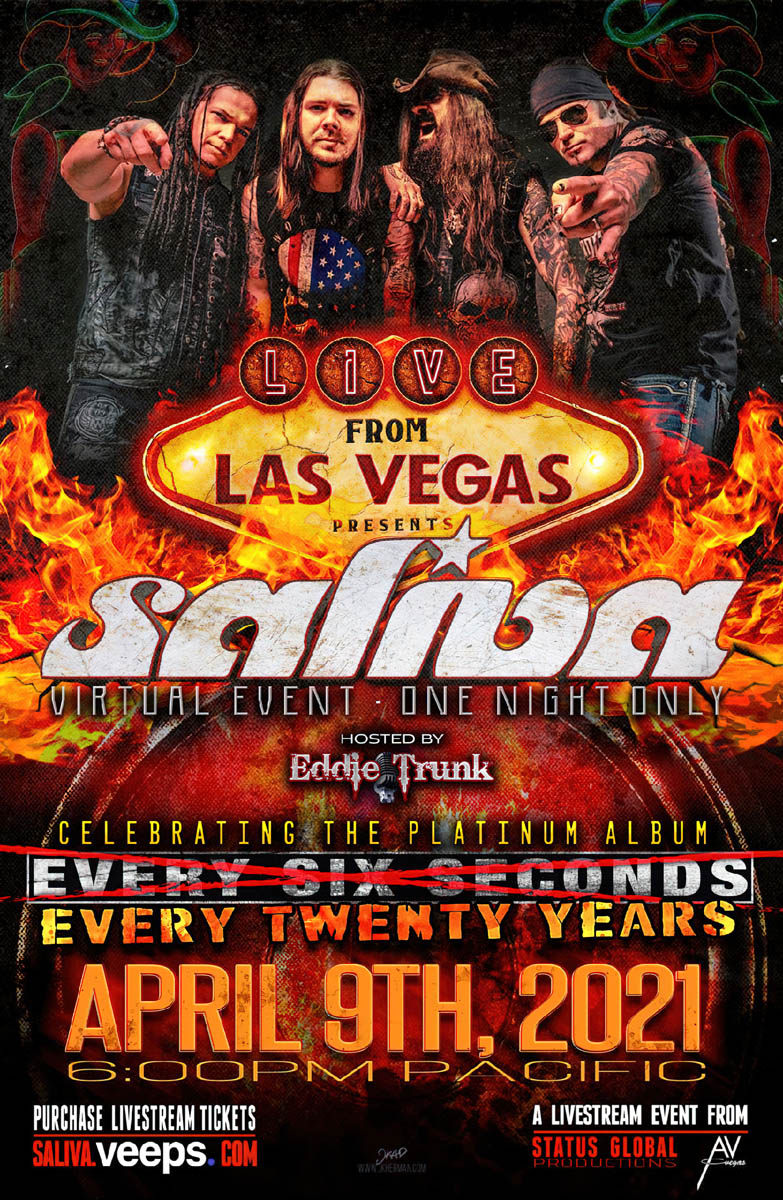