Jesus Christ – The Exorcist is a monumental project in Neal Morse’s already impressive discography. A Progressive Rock Opera 10 years in the making, it was written and produced by Morse and includes performances by Neal and an all-star cast of vocalists and musicians. Jesus Christ the Exorcist will be released on June 14, 2019 on a double album set featuring about two hours of music that will encompass all the spectrums and genres Neal Morse is known for and will, of course, tell the Story of Stories.

Today, the first song from this masterpiece has been unveiled, “Get Behind Me Satan” can be watched below. “I don’t know why it came to me in quite this way, but definitely the influences on this song are Black Sabbath and Deep Purple primarily. I even asked Rich Mouser when he was mixing the song to listen to “Paranoid“ because I thought that vocal effect would be cool on Ted’s (Leonard) voice,” says Morse of the track.

When asked about what fans can expect sound wise from the album, Morse explains, “Oh, it is completely diverse. There are touching ballads, rousing ensemble pieces, classical elements and dramatic Broadway musical type songs as well. It is really meant to be listened and experienced all the way through as you would a play or an opera. I hope that people will experience it in that way because I think that’s where they will really find the power in this piece of music.” 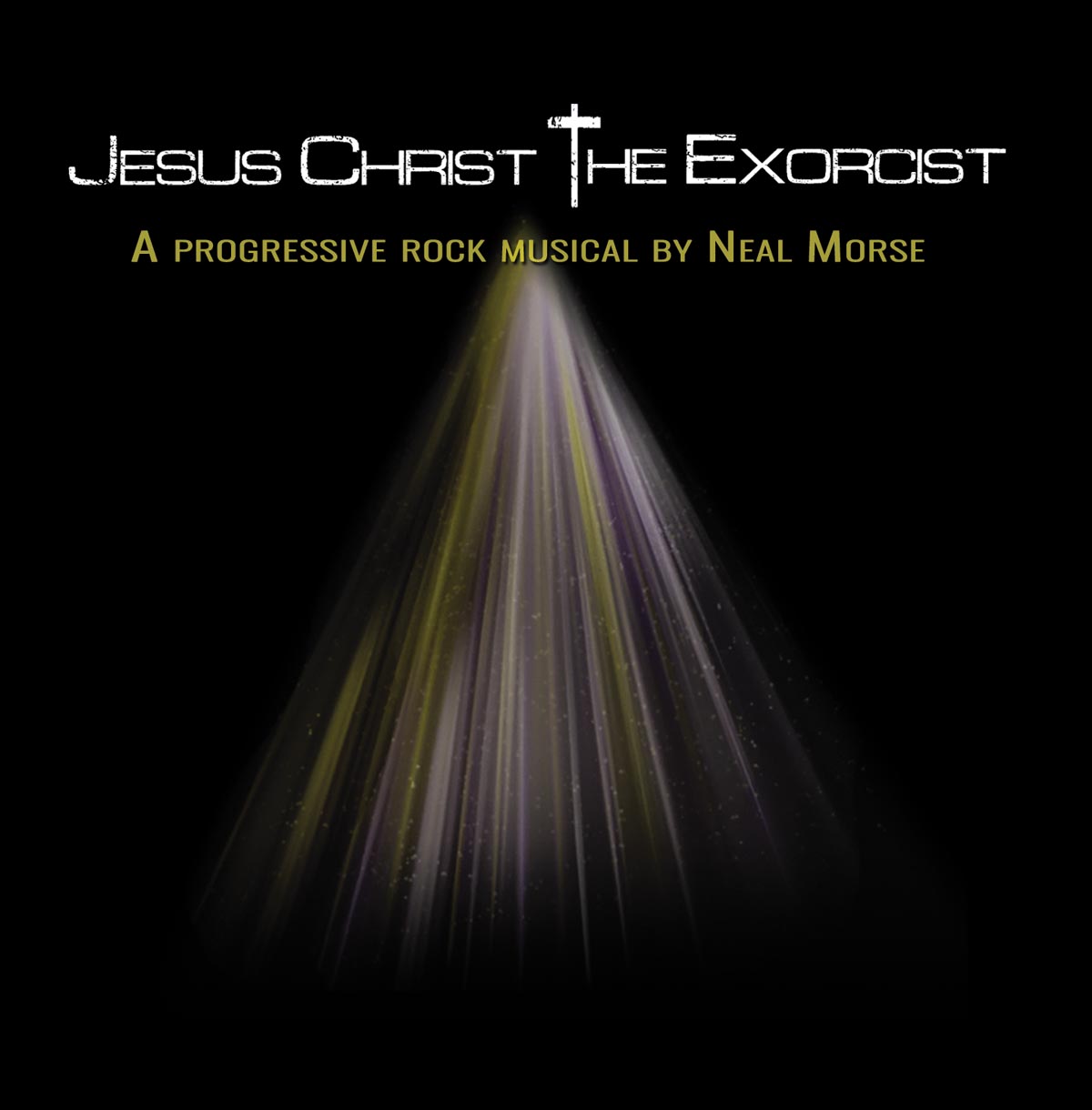 He continues, “These songs and pieces of music were all written for this rock opera specifically. I wrote the first draft in 2008 and 2009, I believe. Then, last year in preparation for a performance at MorseFest I rewrote the whole musical again. I couldn’t be happier with the final outcome and I am thrilled that it is coming out on Frontiers this June.”

With a cast of amazing vocalists and musicians like Ted Leonard, Eric Gillette, Nick D’Virgilio, Randy George, Bill Hubauer, Matt Smith, Jake Livgren and others, this progressive rock opera is a landmark event that will leave its mark on every listener. “Let him who has ears to hear…let him hear!”

Jesus Christ – The Exorcist is available in four flavors:

Neal will sign the first 200 pre-orders of any format placed via www.radiantrecords.com.

1. He Must Go To The Cross
2. Jerusalem
3. Hearts Full Of Holes
4. The Last Supper
5. Gethsemane
6. Jesus Before The Council And Peter’s Denial
7. Judas’ Death
8. Jesus Before Pilate And The Crucifixion
9. Mary At The Tomb
10. The Greatest Love Of All
11. Love Has Called My Name (Reprise)