A massive music lineup led by Nine Inch Nails, Avenged Sevenfold, Godsmack and Deftones has been announced for the 5th annual Louder Than Life, as the World’s Largest Rock ‘N’ Roll Whiskey Festival expands to three days — Friday, September 28, Saturday, September 29, and Sunday, September 30 — at Champions Park in Louisville, KY.  Louder Than Life features a selection of award-winning bourbons, whiskey, spirits, craft beer, and the best food Louisville has to offer, along with a powerful music lineup of rock legends and breaking talent performing on three stages. The festival celebrates the bourbon culture and culinary heritage of this unique American city. You can watch the Louder Than Life announcement video below:

The general onsale for Louder Than Life General Admission tickets, VIP and Top Shelf VIP Packages, hotel and ticket packages, as well as tent and RV camping began Friday, June 8 at 12:00 PM ET. Visit this location for all the details. The daily music lineup for Louder Than Life 2018 is as follows:

Festival producer Danny Wimmer, founder of Danny Wimmer Presents, explained, “I couldn’t be prouder of what we have accomplished since the inception of the festival. In five years, Louder Than Life has become the largest rock ‘n’ roll whiskey festival in the world, and I see no better way to celebrate its 5th year than to close out the weekend with Nine Inch Nails and Ice Cube.” 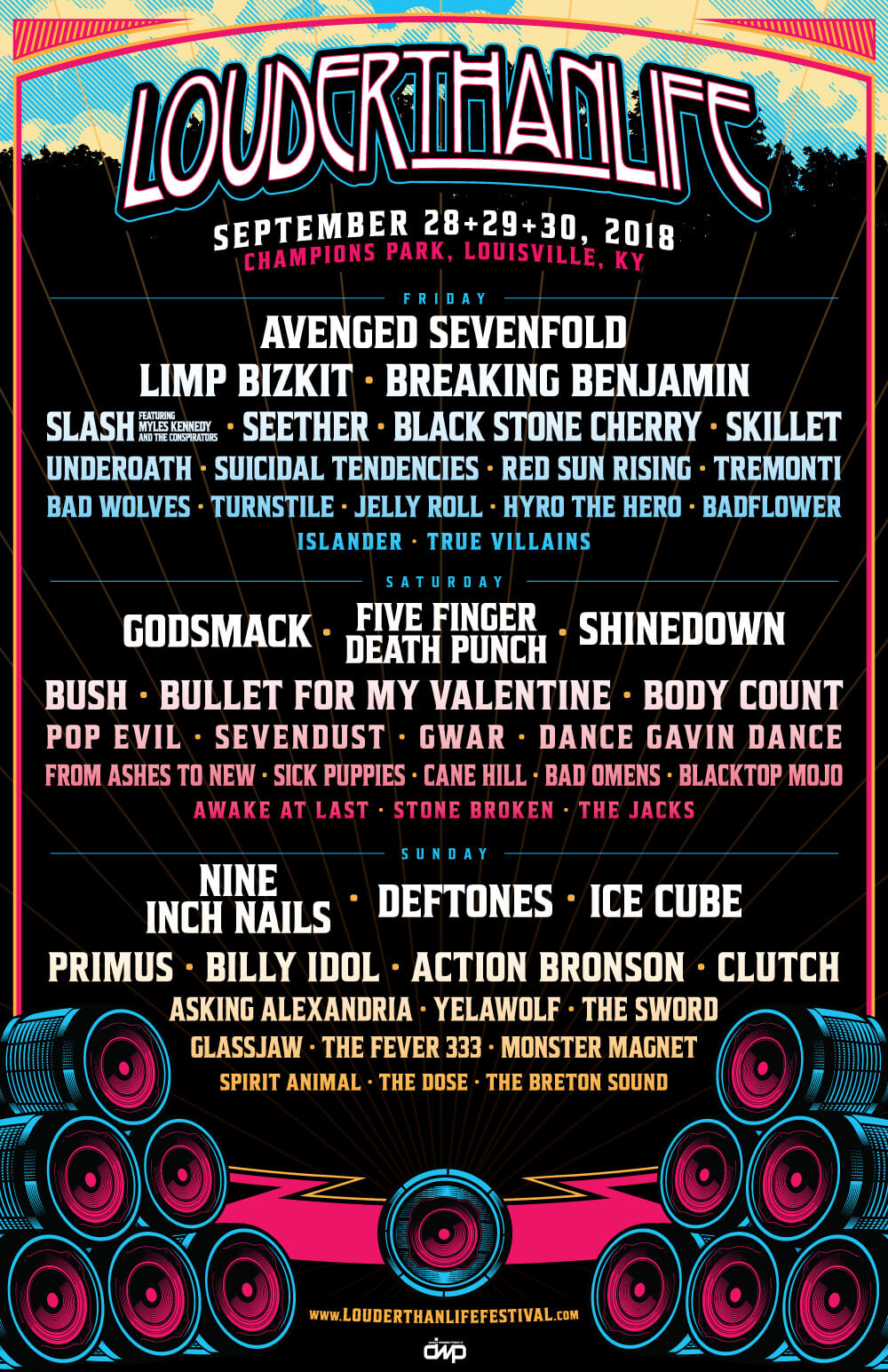 Godsmack‘s Sully Erna said, “We’re honored to be headlining the Louder Than Life festival in Louisville this year! Looking forward to partying with all of you again real soon!”. Benjamin Burnley of Breaking Benjamin commented, “We’re excited to come back to Louisville for Louder Than Life 2018 and play songs from our new album EMBER for the first time in Kentucky! We always have a good time there and look forward to what we know will be a kickass show.”

In addition to performances from top music artists, attendees at Louder Than Life will enjoy a variety of onsite food and beverage options celebrating the unique spirits and food of the Louisville region.

For more information on Louder Than Life, visit: