In 2019, the Swedish power metal heroes MAJESTICA released their debut album “Above The Sky” and it became a huge success within the metal community. Now in 2020, they are back with not only a new album, but a special treat for their fans: a Christmas musical power metal album entitled “A Christmas Carol.” It’s pure symphonic power metal in the true MAJESTICA spirit along with elements inspired by the likes of TWILIGHT FORCE, RHAPSODY, ALAN SILVESTRI, DANNY ELFMAN and JOHN WILLIAMS.

On November 27th, the band announced another gift for everyone: a calendar with one minute episodes coming every day between the 1st and the 24th of December on all MAJESTICA social medias. Running through the story from start to finish in a theatrical way similar like the music video of “Ghost of Marley“. Some episodes are just orchestral with vocals and some is running full on power metal!

Watch the announcement trailer below.

Tommy Johansson comments: ”This year we will present to you our very first Christmas calendar! Every day we will – like the tradition requires – open a box from our special made MAJESTICA – Calendar which contains new surprises. Since our upcoming album ‘A Christmas Carol’ is a symphonic power metal musical Christmas record, we put up the entire story of Ebenezer Scrooge to a musical based upon our songs, featuring lots of actors on stage to really provide the true musical experience. The music will sometimes differ from the original versions to make it even more unique. We will also provide you clips from how the album was recorded, behind the scenes of making the musical and the music videos. And to top it all off – we will have the occasional MAJESTICA Christmas giveaway. What can be more Power Metal Christmas than this?

We hope everyone will enjoy it and have the same Christmas feeling that we have had since July. So Merry Christmas from MAJESTICA and we give you: A Christmas Carol – The Symphonic Power Metal Christmas Musical!” 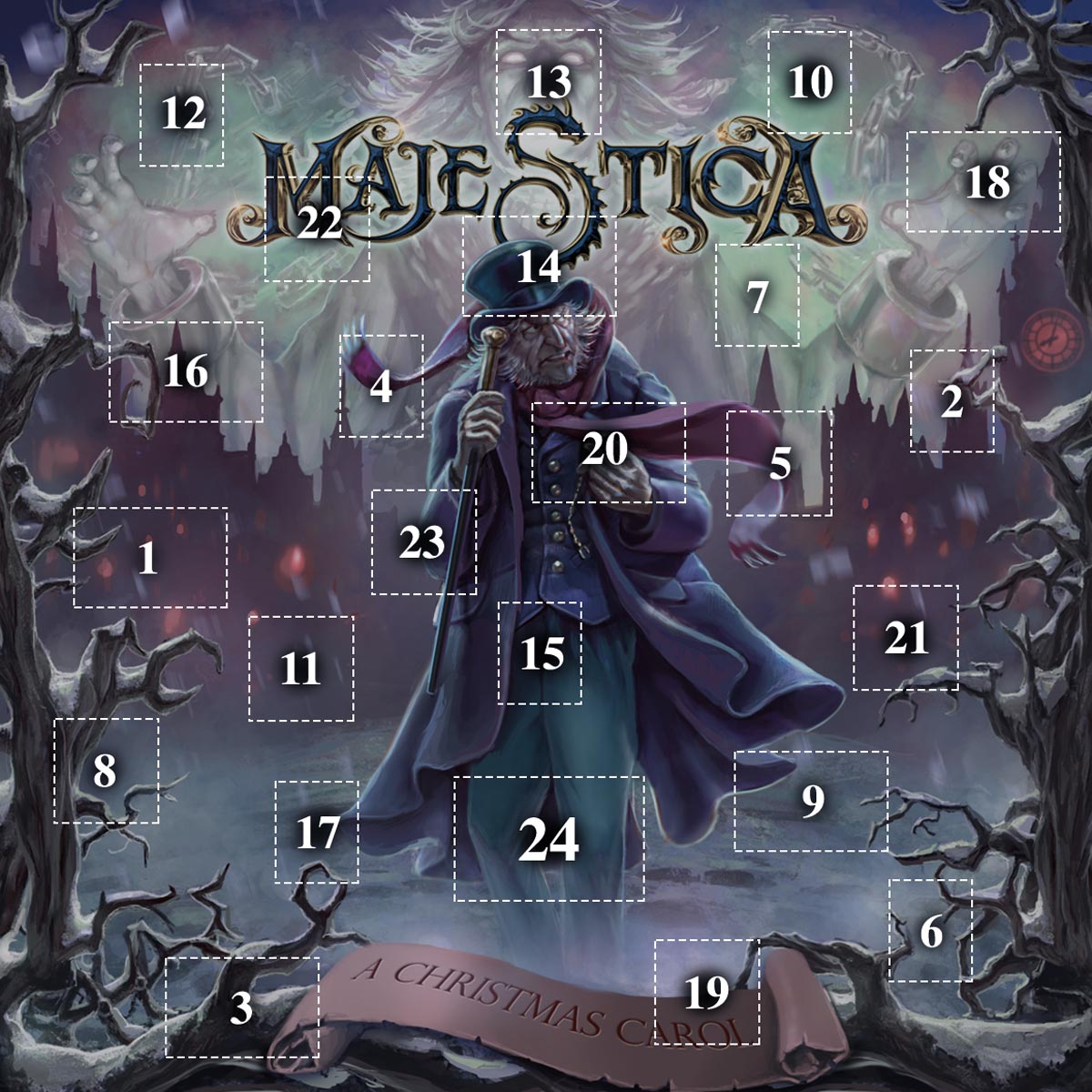 On the previous album “Above The Sky” people can hear the legendary drummer Uli Kusch (ex‐HELLOWEEN, ex‐GAMMA RAY, Ex‐MASTERPLAN). On this album MAJESTICA has the great drummer Joel Kollberg (VEONITY) who doesn’t only plays the drums like he was born to do it, he also loves power metal and knows exactly what is needed. The music was written, recorded, and produced by MAJESTICA at Nygård, Ekshärad during the summer of 2020. Mixing and mastering of this album were made by Jonas Kjellgren (SCAR SYMMETRY, RAUBTIER) at Black Lounge Studios.