Guitarist/songwriter JEFF KOLLMAN (ALAN PARSONS LIVE PROJECT, ASIA FJP, GLENN HUGHES) has released the recently re-discovered, never before heard original version of ‘A Jam For Jason’ as originally intended for 2001’s “Warmth in the Wilderness: A Tribute to Jason Becker”, recorded with his instrumental trio, COSMOSQUAD, and a stellar cast of guest players.

All proceeds from the song which is available on Bandcamp will be donated to Jason Becker, the former CACOPHONY and DAVID LEE ROTH guitar prodigy whose career was cut short by ALS some 30 years ago. Becker is one of the longest survivors living with ALS and continues to write and release music. 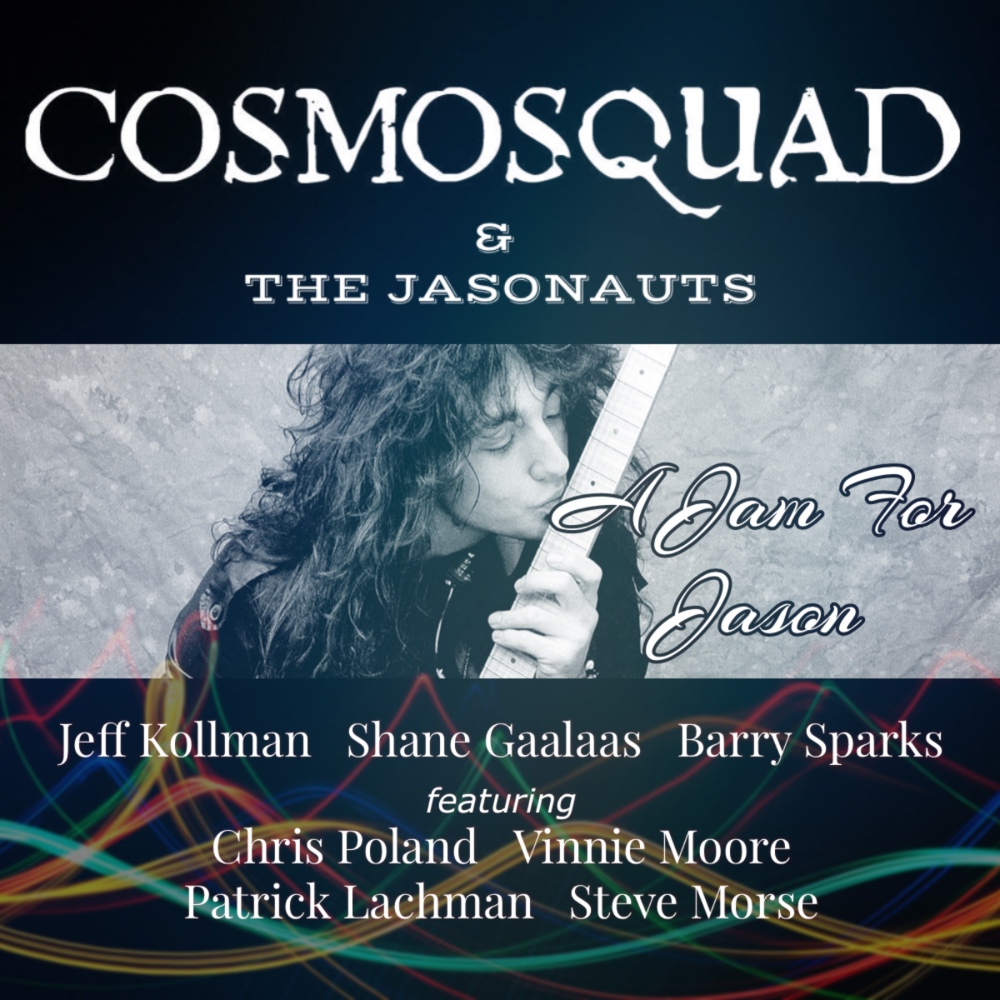 An accompanying note on Bandcamp chronicling the genesis of the song reads: “When Jeff (Kollman) was first approached about covering one of Jason’s songs for the in-the-works tribute, he decided to write an original tune instead. The basic track was quickly recorded by the original COSMOSQUAD line-up – Jeff, Shane Gaalaas on drums, and Barry Sparks on bass – before it was handed off to a handful of musical guests to add their contributions.

For starters, there’s the incredible Chris Poland whose fusion trio, OHM, were regulars at the legendary LA jazz venue, The Baked Potato, just like Cosmosquad. Chris actually brought his whole set up over to Jeff’s studio at the old house in Granada Hills so he could track in person and in typical Poland fashion came up with some out-of-this-world stuff. What a player!

Over on the East Coast, the equally fleet fingered Vinnie Moore, well acquainted with the members of Cosmosquad (Shane and Barry feature on his 2000 ‘Live!’ album as he shared them with MSG on that U.S. tour; Shane is also on ‘The Maze’), was game and and threw down some fiery Flamenco inspired acoustic shred as his main solo and added some s(l)ick legato lines on the electric. Vinnie is just burning on this one!

From up in the SF Bay Area, Jeff Watson of NIGHT RANGER fame sent in his contribution which, in the opinion of the writers and producers – Messrs Kollman and Gaalaas – , didn’t quite hit the mark. When Jeff was kindly asked to give it another go, he wouldn’t have any of it. Houston, we have a problem….! Instead Shane’s DIESEL MACHINE band mate, Patrick Lachman, by then also a member of HALFORD, came in and delivered the goods and then some.  Some of Pat’s best, most melodic playing ever.

It was the esteemed Mike Varney of Shrapnel Records who would help diffuse the Watson stalemate. In the interest of world peace and getting the project done, it was eventually agreed that Jeff’s take would go on the album ‘as is’ and that Pat’s contribution would be axed from the ‘Warmth in the Wilderness’version. Pat took the chop in stride…. Retaining Jeff Watson also meant that his good friend, the amazing Steve Morse, would stay on board (Steve may have never even known about any of the drama….) and he put down a great outro solo.  All’s well that ends well.”

‘Jam For Jason’ would be re-edited and shortened significantly (no Watson, no Morse but also no re-insert of Patrick Lachman) for the COSMOSQUAD version that appeared on the ‘Squadrophenia’ album in 2002. You can check out the alternate version here.