Undead Unhinged promises to be a more intimate take on the band’s typical no holds barred performance chronicled by the artists themselves. Fans all over the world can expect an unforgettable set of hits, deep cuts, special guests, never-before-performed tracks, and a very special selection of songs performed in a way you’d never expect from Hollywood Undead.

“This is something we’ve wanted to do for a long time,” recounts Charlie Scene. “It’s exciting to take some songs you wrote years ago and play them a new way. As soon as I heard the first note, I knew it was going to be special” 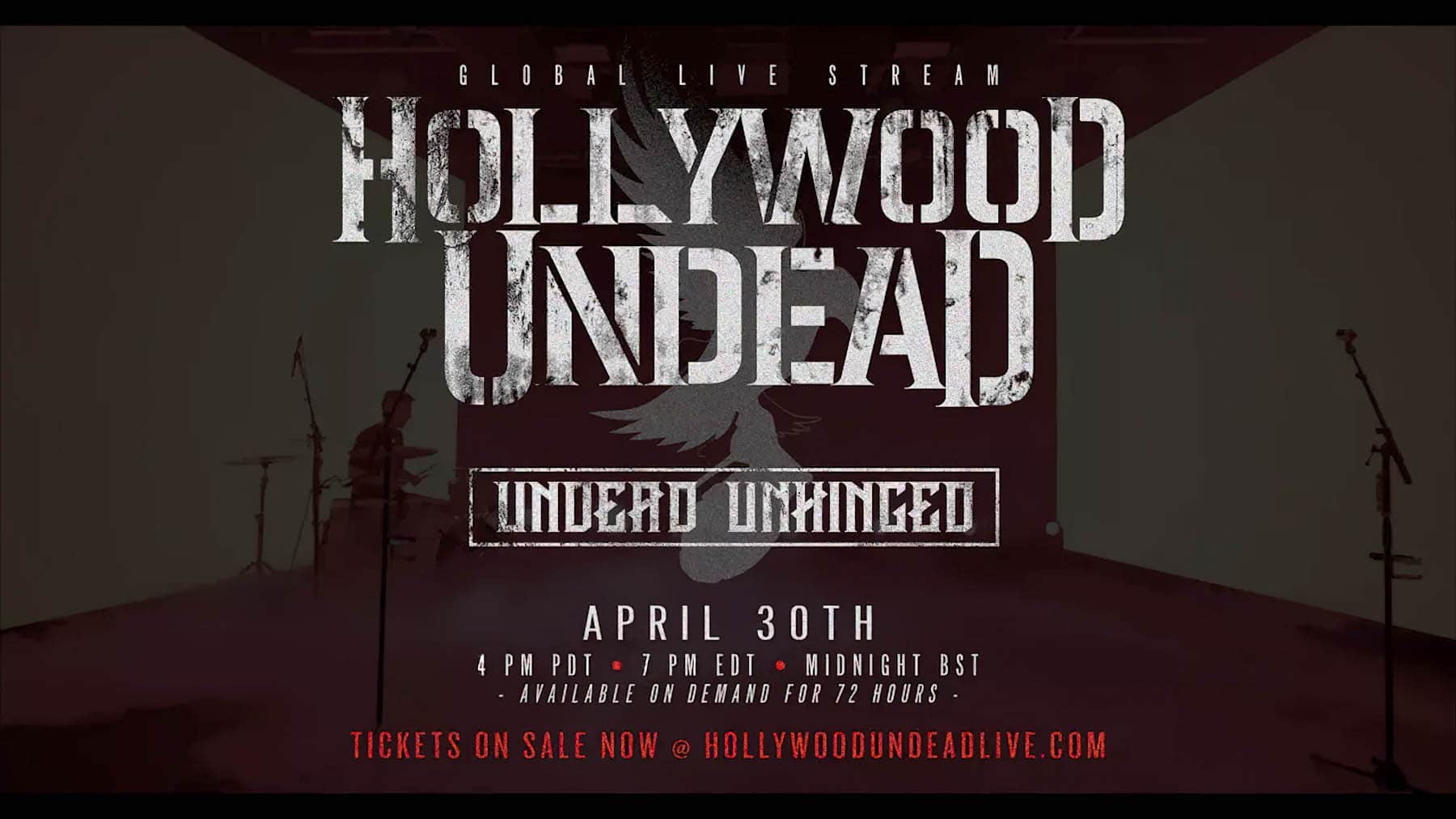 The event, produced in partnership with Danny Wimmer Presents, is now on sale at www.HollywoodUndeadLive.com with a variety of Undead Unhinged packages ranging from standard tickets to bundles with stream exclusive T-shirts, hoodies, autographed posters and a limited number of virtual meet & greet packages (accompanied by a keepsake video). Early bird prices start at $15 for the program, with prices increasing the week of show.

In addition, fans can watch the original Hollywood Undead House Party on VOD up until the April 30 event or purchase House Party Lost & Found special packages that include the VOD and two mystery items (one wearable and one accessory).

All tickets and bundles are available now at Early Bird prices at www.HollywoodUndeadLive.com