Grammy Award-winning metal band HIGH ON FIRE has announced a juggernaut North American fall tour with POWER TRIP. Dates kick off on November 7 at Levitation Festival, the three-day music festival held in Austin, Texas, now in its sixth year, and continue through the end of the year. The trek will stretch from coast to coast, hitting major markets in North America and Canada before wrapping up in southern California in early December. Support on the tour will come from DEVIL MASTER and CREEPING DEATH.

This past January, HIGH ON FIRE was forced to cancel its U.S. tour with TOKE and YEAR OF THE COBRA due to another medical emergency suffered by the band’s frontman, Matt Pike. The trek was scheduled to kick off on January 10 in Atlanta, Georgia and wrap on February 1 in New Orleans, Louisiana.

HIGH ON FIRE took home the GRAMMY for Best Metal Performance earlier this year for “Electric Messiah,” the title track from the group’s 2018 album of the same name. HIGH ON FIRE joins the ranks of groups such as Black Sabbath, Motorhead, Metallica and Slayer as winners of the prestigious award, presented by The Recording Academy to recognize achievements in the music industry.

“We never really needed an award for doing what we love,” says frontman Matt Pike.“Twenty-one years later, we finally got this. Thank you to the Academy.” Pike went on to thank producer Kurt Ballou among others. Bassist Jeff Matz sent out a heartfelt shoutout to long-time manager and friend Nick John who passed away last year.

In April, HIGH ON FIRE released Bat Salad, a vinyl EP exclusive for Record Store Day. The limited-edition release contains three tracks: the new original, “Bat Salad,” along with covers of the Celtic Frost classic “Into The Crypts of Rays,” and Bad Brains‘ “Don’t Bother Me.” Originally released solely on vinyl, Bat Salad will now be made available digitally on Friday, July 26.

HIGH ON FIRE released Electric Messiah last year via Entertainment One to some serious critical acclaim. The A.V. Club stated that “The bar for metal album of the year has been raised” and they couldn’t be more correct. Electric Messiah landed on a myriad of 2018 year-end “Best of” lists including A.V. Club, Revolver, Loudwire and Consequence of Sound who stated that HIGH ON FIRE “successfully construct Sabbath-ian, earth-moving riffs as their blueprint.” Pitchfork said boldly, “When High on Fire rip, it’s like they’re tearing through the whole universe.” 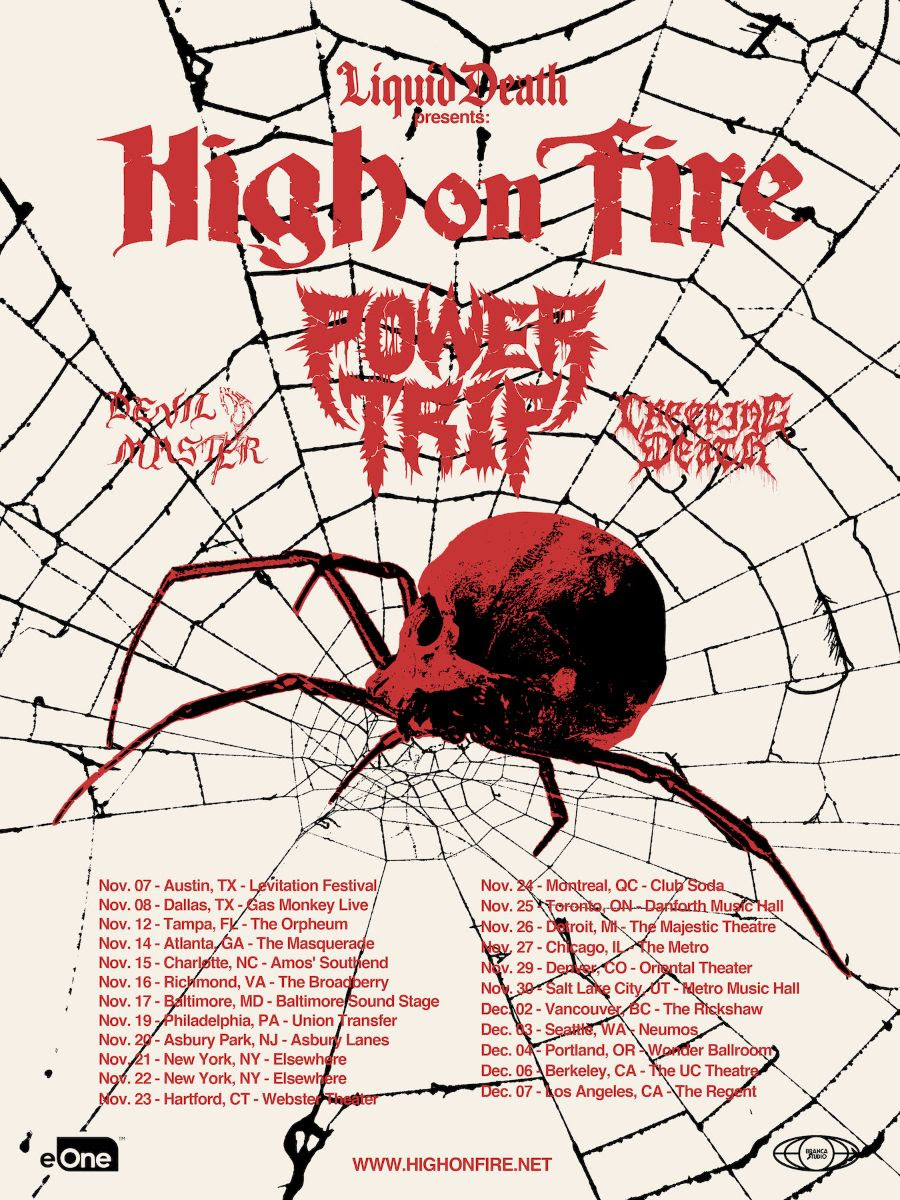