Californian dark groove metallers DEVILDRIVER recently announced their upcoming double album, “Dealing With Demons”. The first volume — titled “Dealing With Demons I” — drops on October 9 via Napalm Records and marks the band’s first release of new, original material since 2016’s acclaimed “Trust No One”. Representing the onset of a final purging of the themes that have long possessed frontman Dez Fafara and DEVILDRIVER‘s music, each track on “Dealing With Demons I” illustrates a different demon to be dealt with or released.

Today, DEVILDRIVER is following up on the release of the single/video “Keep Away From Me” and the haunting single/video “Iona” with a third single — the fast-paced burner “Nest Of Vipers”. Harking back to the heavy, melodic, dark groove that DEVILDRIVER patented at their start while remaining entirely modern and fresh, “Nest Of Vipers” winds its way into the listener’s psyche with metallic chugging and southern-fried leads, gritty, grooving riffs and a heightened dose of amplified energy and intensity. Co-written by Fafara and guitarist Neal Tiemann, the lyrics to “Nest Of Vipers” explore themes of true loyalty and the notion that friendship is not a commodity for sale.

Fafara says about “Nest Of Vipers”: “This is my first co-written lyric on any DEVILDRIVER track with another band member, penned with our guitarist Neal Tiemann. Working with Neal is a good time. We always want what’s best for the song. Lyrically, the chorus says it all — ‘the king’s sworn men make perfect liars.’ This is the cold, hard truth, as people’s loyalties are often bought and sold. The lyric ‘she sleeps with bones beside her’ refers to another theme touched upon in this track — a woman laying in misery next to her ‘bones’ of contention, harboring guilt as her loyalties are also bought and sold… It’s all a sad state of affairs once you get into that bought and sold mentality, whether it’s with your work or friendships.”

The official music video for “Nest Of Vipers” — directed by Vicente Cordero of Industrialism Films — hypnotizes the viewer with cryptic, spellbinding imagery. Our subject agrees to have his tarot cards read, but is he about to experience more than he bargained for? 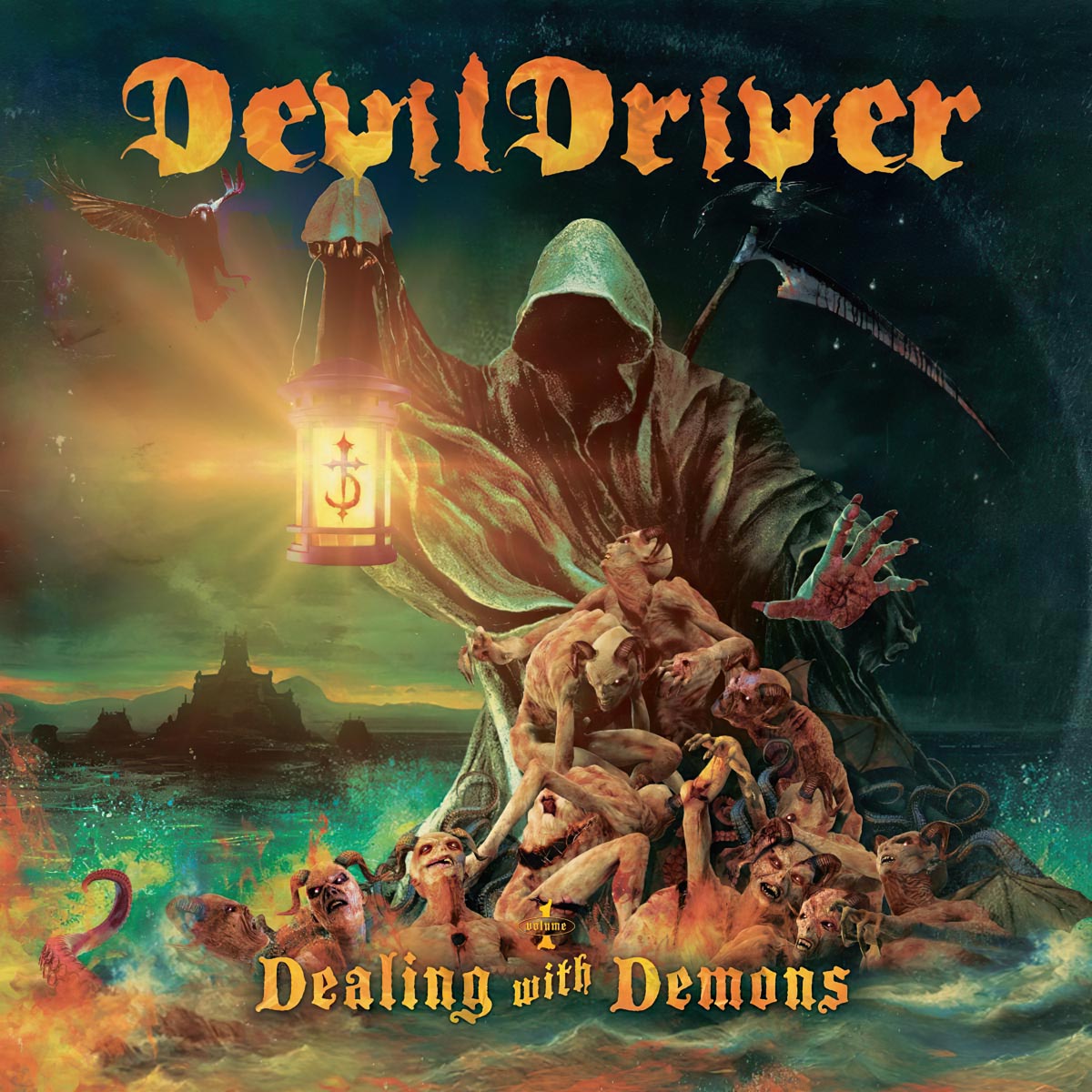 With new milestones like Fafara‘s eerie verses on “Wishing” and the front man’s first co-authored lyric (“Nest Of Vipers” was written by Dez and Neal Tiemann), “Dealing With Demons I” ferociously delivers the goods while kicking open several new doors for DEVILDRIVER to power through in the future. It’s a vital and violent clearing of the emotional decks, but it’s also powerful evidence that Dez and his band mates have given DEVILDRIVER a volatile, visceral kick in the ass. Demons are getting dealt with in the harshest of manners.

An array of must-have merchandise, bundles and music formats are available via both the Napalm Records and DEVILDRIVER official stores, including CDs, exclusive vinyl in various colors, picture discs, cassette tapes, skateboards, notebooks, clothing and more. Click here for locations to buy formats and merchandise. 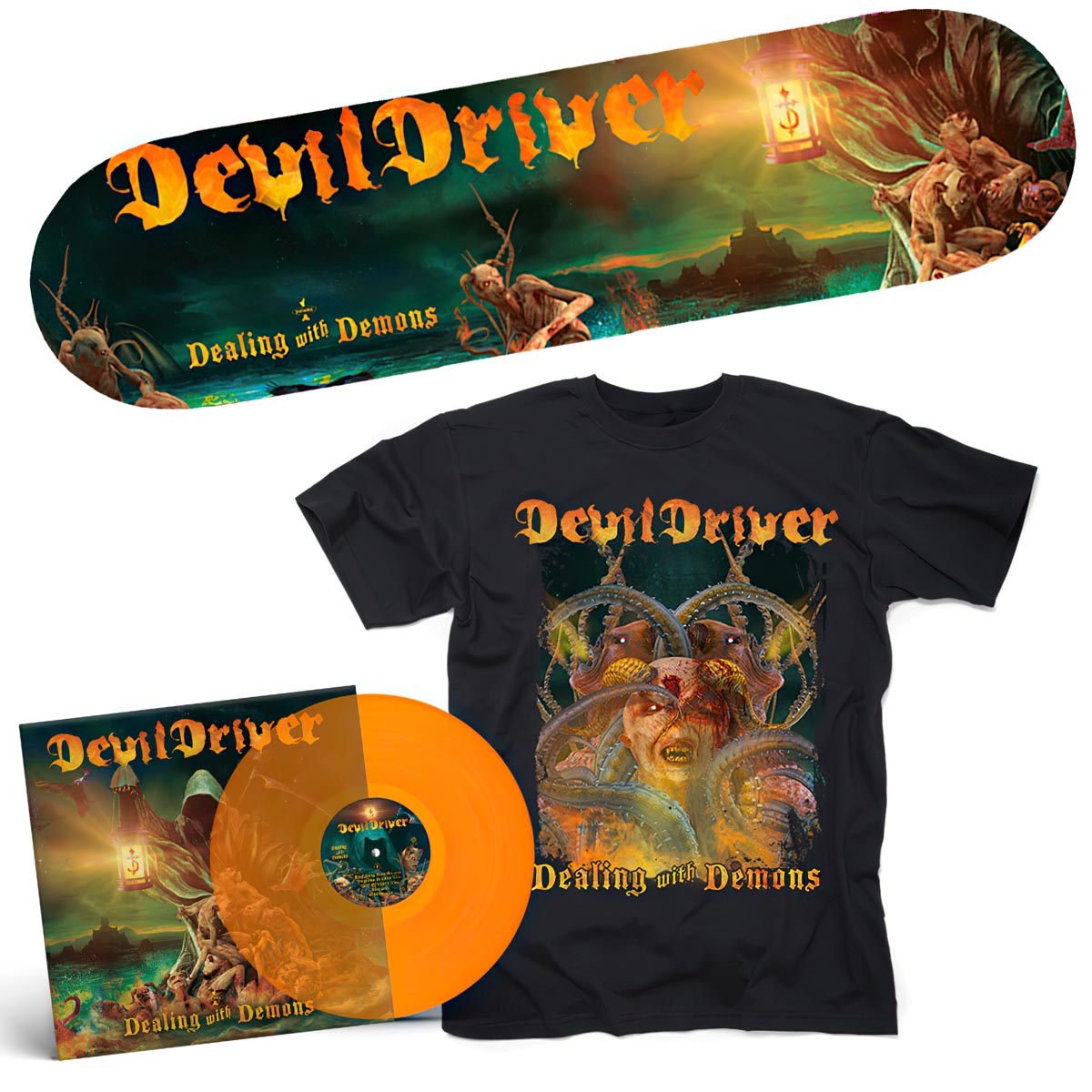