Gear Gods is now hosting a new drum playthrough video from Brazilian progressive metal outfit DAYDREAM XI. The pro-filmed new visual accompaniment was created for the track “A Cup Of Agony,” which is found on DAYDREAM XI’s new The Circus Of The Tattered And Torn full-length, which was released in September through Sensory Records as the band made their stateside live debut at Progpower USA. The multi-camera video showcases drummer Bruno Giordano expertly attacking the nearly six-minute-long opus, alongside a detailed description of his writing and performance on the album as well as a full breakdown of his kit and setup. 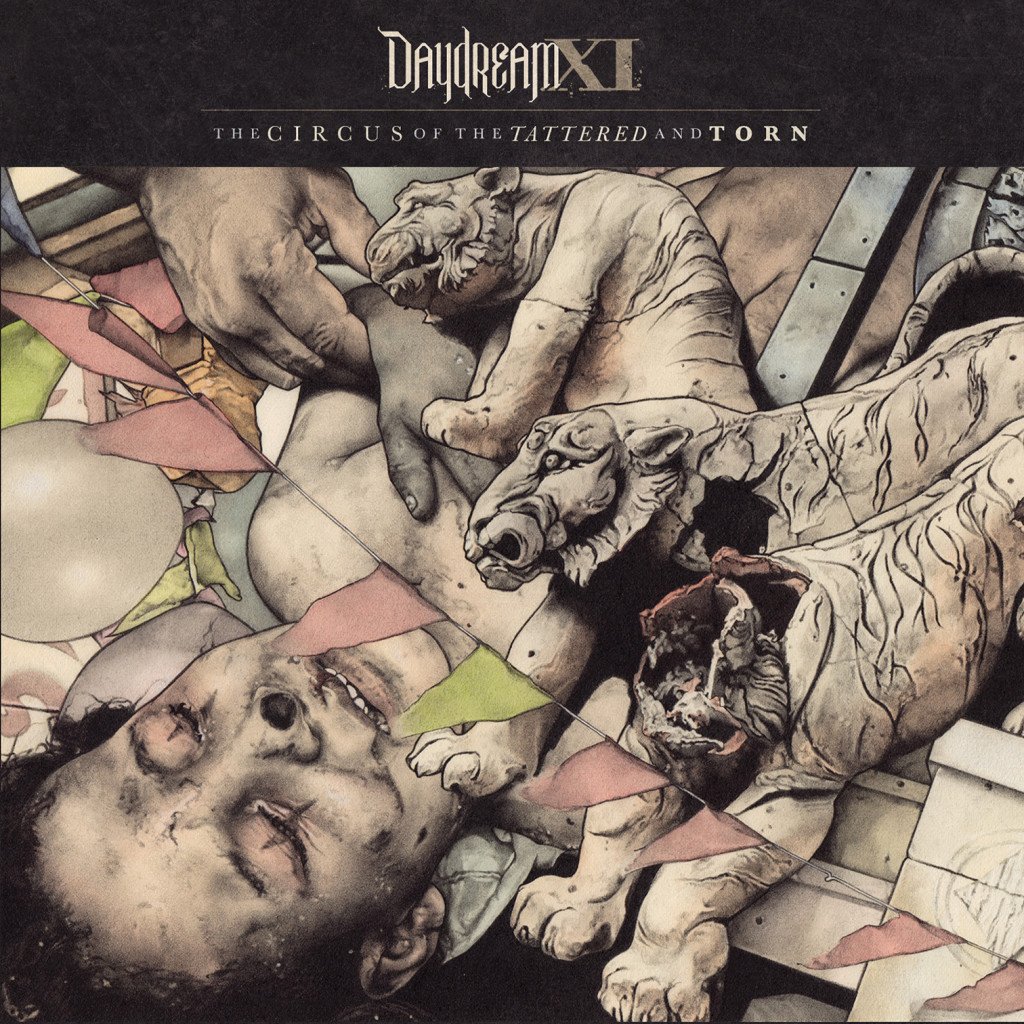 Giordano says, “The process of recording this album, was kind of a challenge for me. The drum fills, the groove lines, odd time signatures and odd accents were composed to be musical and technical at the same time. I don’t think that the drummer have to always be a virtuoso, with a lot of notes and fast playing. For me, the virtuose is in knowing when to show your skills. I, in particular, like to play some groovy lines and fill them with ghost notes to enrich the rhythm and place the fills according to the melodic lines.”

“I like to use 2 tom-toms (10 and 12 inches) and 2 floor-toms (14 and 16 inches) to get the same harmonic progression between them. I use 1 bass drum with double pedal, to explore the difference between right and left foot sounds. My crash cymbals are heavier on the front, darker on the right and brighter on the left. On the far right, between the 2 floor-toms, I use a fast crash. The splashes and chinas are a plus, to ride on them sometimes or give a specific flavor to the song. My ride cymbal is bright with a crystalline sound and a strong, heavy dome. I worked hard preparing myself to record this song, because I knew it wouldn’t be easy, and because of that, it ended up being smoother that expected. I recorded in one shift, and at the end of “A Cup Of Agony” there was time left to start a new song. It was really fun to record this album, and we ended up using a few days less than original schedule.”

On their second album, The Circus Of The Tattered And Torn, DAYDREAM XI embraces the progressive side of their music in a dark concept album. The concept is a metaphor to express that we are drawn to each other more by our weaknesses and our flaws than our strengths and virtues. It’s portrayed through a journey, where Phillip, the Circus master, takes his new apprentice, Circe, across the various acts of this Circus. Each song represents a feeling or aspect of human life, channeled by the storyline of each character. With eleven epic new songs, The Circus Of The Tattered And Torn was recorded at an array of studios across Brazil and the US with the band’s Tiago Masseti handling final production. The record was mastered by Jens Bogren (Opeth, Haken), and completed with artwork by Kikyz1313 and Mateus Conter.

“The Circus Of The Tattered And Torn” is out now on CD, a six-panel digipak CD with a twenty-eight page booklet, as well as all digital platforms through Sensory Records; stream and order the CD and 24-bit hi-res version HERE.