On November 11 at 5 p.m. EST, BUCKCHERRY will premiere a live show in partnership with the streaming platform LiveXLive Media. The 75-minute performance will include songs from across BUCKCHERRY‘s 21-year career. The stream will be available for an additional 48 hours for video on demand.

Tickets for the stream are $10 with an optional VIP bundle featuring a personal virtual call with vocalist Josh Todd and guitarist Stevie Dacanay for $60.

Tickets can be pre-ordered here.

As with most touring artists, BUCKCHERRY‘s 2020 touring plans were upended in March with the onset of the coronavirus. The band was forced to postpone or cancel close to 75 shows. BUCKCHERRY will head to Nashville at the end of October to begin recording the follow-up to the 2019’s “Warpaint”. The album will be produced by Marti Frederiksen, who also helmed 2008’s “Black Butterfly”. A mid-2021 release is expected.

This past summer, BUCKCHERRY has JETBOY‘s Billy Rowe as its new guitarist. He joined the group as the replacement for Kevin Roentgen, who left BUCKCHERRY in July.

Roentgen, who joined the California-based band in 2017, made his exit official in a social media post. He wrote: “Bottom line, I made this decision to come off the road and spend more time with my family. The guys understood this, and for that I’m thankful. Though my wife and daughter always one hundred percent supported me in this gig, they are quite happy now to have me home.”

Roentgen joined BUCKCHERRY as the replacement for original guitarist Keith Nelson. He can be heard on “Warpaint”, which was released in March 2019 via Century Media/RED Music. The 12-song record was produced by Mike Plotnikoff, whose previous collaboration with the band was BUCKCHERRY‘s multi-platinum third album, 2005’s “15”.

Last year, BUCKCHERRY recruited Francis Ruiz as its new drummer. He joined the group as the replacement for Sean Winchester, who exited BUCKCHERRY after laying down the drum tracks on “Warpaint”. 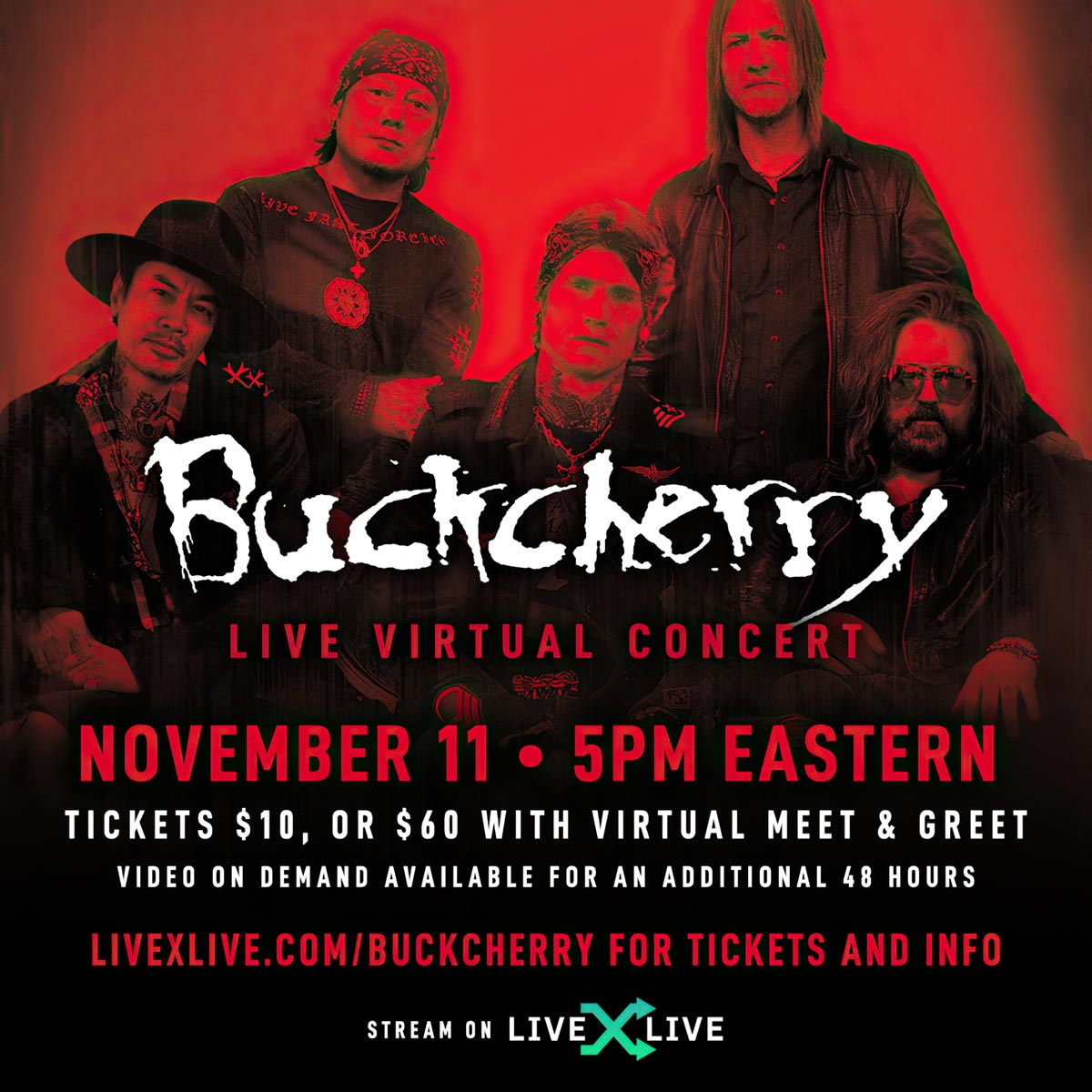