BARONESS will return to North American venues this spring, kicking off a month-long, co-headlining tour with AGAINST ME! on May 1 at Detroit’s Majestic Theatre. DESTROY BOYS support on the first half of the tour, with DRUG CHURCH supporting on the second half.

“It’s extremely exciting to get back out on the road in the U.S., this time with our friends in AGAINST ME!“ said BARONESS founder John Baizley. “We love tours that offer this much variety of sound. While our styles or sound may differ, we share some background in common. Our two bands originate from the deeply Southern U.S., we’re both products of the independent/DIY community and as we’ve grown, we’ve both worked tirelessly to maintain an ever-evolving independent and creative spirit.”

“When we were a very young band, we looked up to and admired AGAINST ME! In ’04, or ’05, I remember our vehicle breaking down in Gainesville, Florida. While we were struggling in vain to fix a road-worn vehicle, we ran into AGAINST ME! (whom we did not know at the time). After hearing our troubles, and without a moment’s hesitation, they helped an out-of-town band of strangers fix their vehicle and get back out on the road. From that day forward, I’ve had a profound respect for the band… we cannot wait to get on tour with them.”

News of the outing comes in what has been an extensive, worldwide tour in support of BARONESS‘s critically-acclaimed fifth studio album, “Gold & Grey”. The foursome has traversed North America twice in support of the 17-song release, played a slate of South American performances and recently completed an exhaustive, ten-week European tour. The band will venture to Australia before returning to the U.S. Tickets for the newly announced, North American shows are on-sale this Friday at 10:00 am local time with a limited number of pre-sale tickets available Wednesday at 10:00 am local time. Follow the band at https://yourbaroness.com/tour to get notified about future shows and receive pre-sale access. 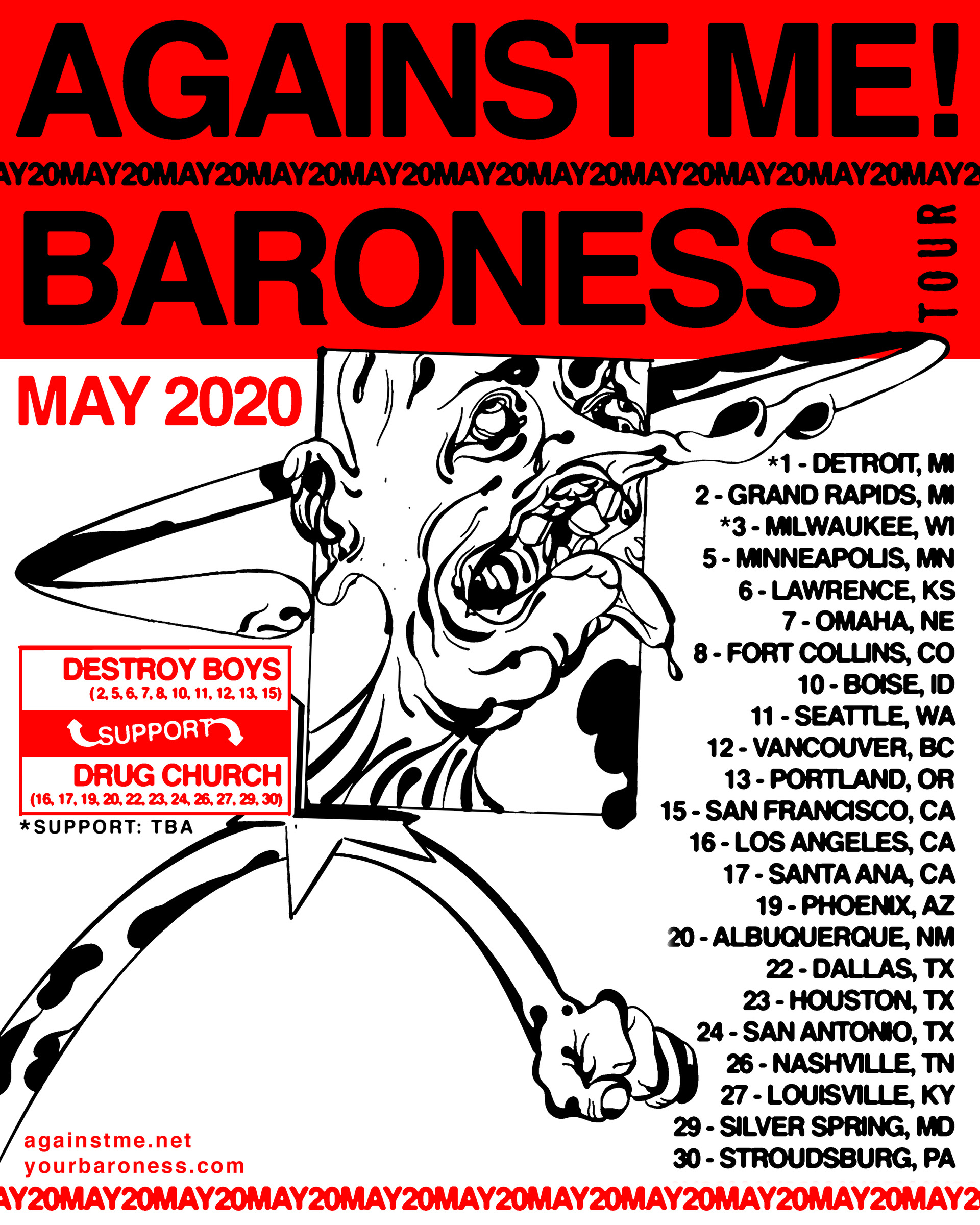