Avenged Sevenfold may be ramping up to the release of The Stage deluxe edition on Dec. 15, but believe it or not there will be yet another Avenged offering coming to fans just prior to that. The group just announced plans for an acoustic set, dubbed Avenged Sevenfold Live at the Grammy Museum, that will be released this Friday, December 8th. The performance was recorded on October 19 at the Clive Davis Theater at L.A. Live in Los Angeles, California.

The group says, “We’re excited about our Grammy nomination so we’re releasing a special acoustic album, Avenged Sevenfold Live at the Grammy Museum, on Dec. 8. A portion of the proceeds from this digital-only release will benefit the education initiatives of the Grammy Museum, which seek to inspire youth to the enduring qualities and cultural significance of music.”

Avenged Sevenfold appeared at the Grammy Museum earlier this fall around the time of the Loudwire Music Awards. Their new digital-only release includes 11 tracks, with a mix of introductions and song performances. You can check out the track listing and artwork below. 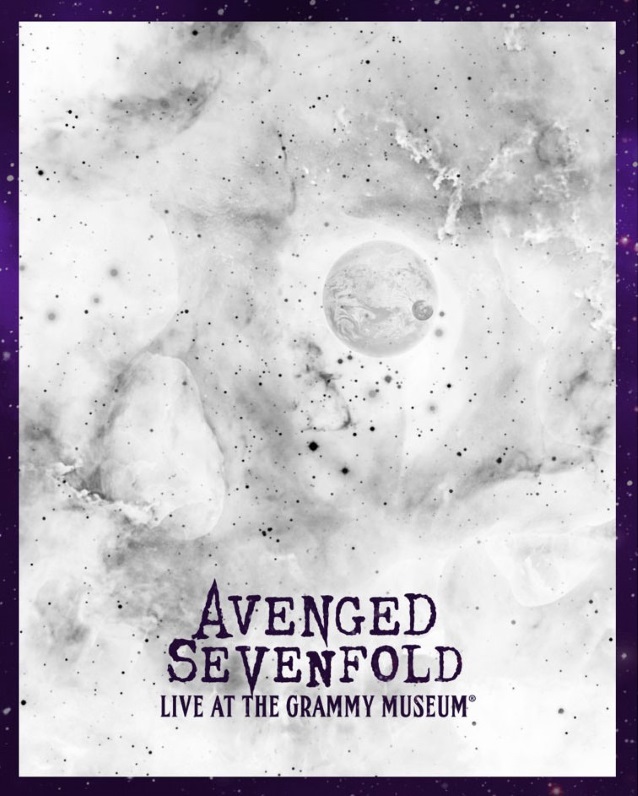 Speaking of Avenged Sevenfold’s Grammy association, the band just received their first ever Grammy nomination in the Best Rock Song category for “The Stage” They face competition from Metallica‘s “Atlas, Rise!,” K.Flay‘s “Blood in the Cut,” Nothing More‘s “Go to War” and Foo Fighters‘ “Run” The winners will be announced during the 60th Annual Grammy Awards taking place June 28 in New York.

The band’s 2018 North American arena headlining tour will kick off January 12 at the Bridgestone Arena in Nashville with special guests Breaking Benjamin and Bullet For My Valentine.

“Live at the Grammy Museum” tracklist