Virgil Donati belongs in a different class of musicians: his determination to improve himself and challenge past concepts is second to none, and his prowess on the instrument is envied by many. More importantly, he was able to find his own identity, and come up with an instantly recognizable style.

Through the years, Virgil was part of bands such as Southern Sons, who were big in his motherland Australia, Planet X, IceFish and Ring of Fire, and lend his talents to Steve Vai and Allan Holdsworth. He has also released several solo albums, the most recent of which is called “Ruination”. Famed as a drum virtuoso, Virgil is also a multi-instrumentalist: he’s highly accomplished keyboard player, arranger, producer, lyricist and more, all of which is showcased on the new album. With a career spanning four decades and having worked with some of the finest musicians in the world, it’s no surprise that “Ruination” is packed full of sophistication, skill, and exciting composition.

Fusing elements of prog, jazz fusion and occasionally tending toward the heavier, “Ruination” is an experimental and progressive musical exploration, as tightly controlled as it is dynamic and free. A notable addition on this record is prominent vocals, which add a great texture and entwine traditional songwriting elements into the mix. As expected, Donati’s skill and creativity behind the kit is undeniably impressive; his ability to paint stunning pictures via his exploration in rhythm is unmatched, and his work on this album is no exception. 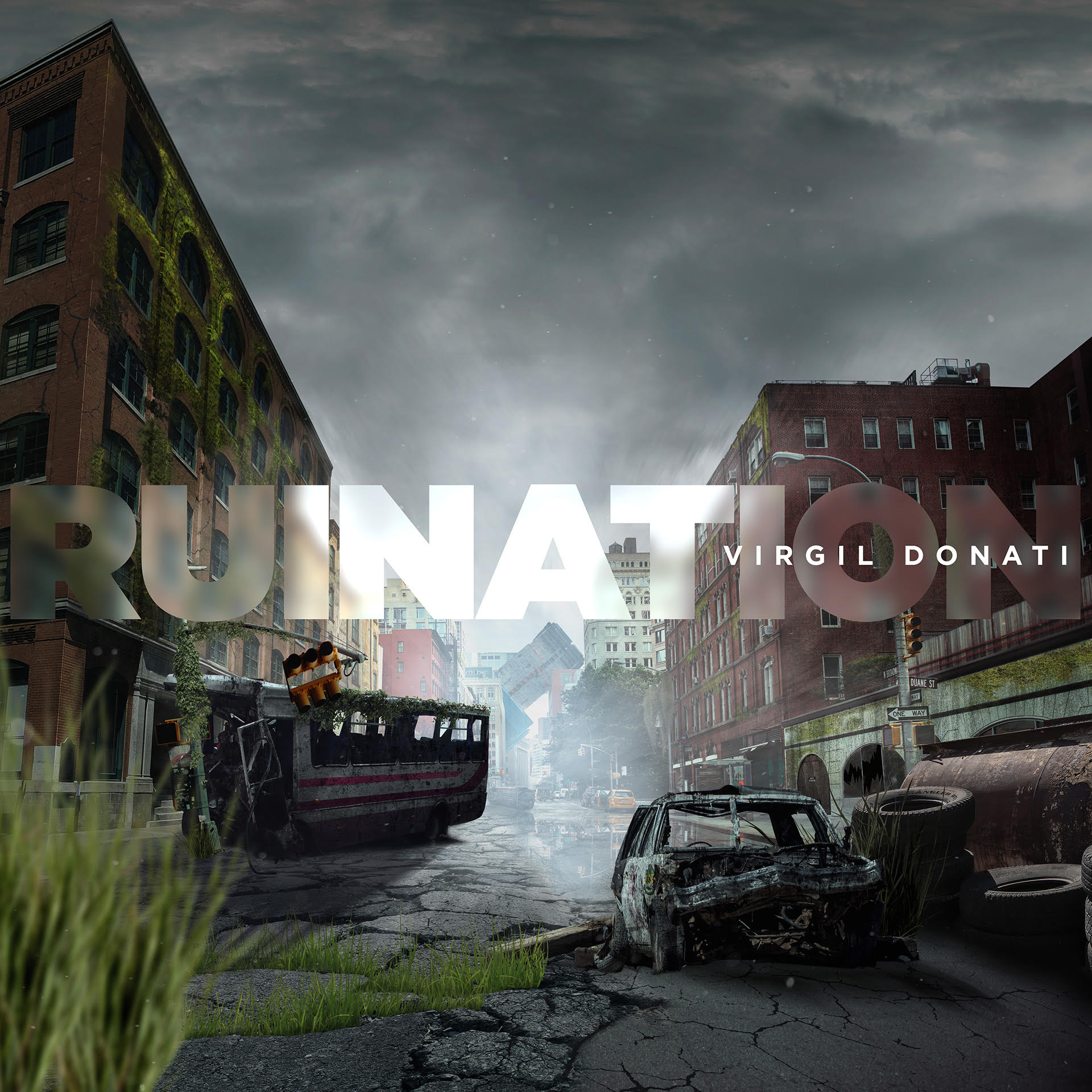 Sonic Perspectives collaborator Rodrigo Altaf had a very insightful conversation with Virgil, and discussed the writing and recording of “Ruination”, the balance between complex and accessible music, Virgil‘s touring plans and many other topics. Find out their conversation on the links below and remember to follow us on Facebook, Twitter and YouTube to be notified about new interviews and contents we publish on a daily basis.

Follow Virgil Donati on social media using the links below, and order your copy of “Ruination” from this location.