If you are an addict to the NWOBHM, or a fan of traditionally sounding heavy metal in general, most likely you know of Steve Grimmett and his former band Grim Reaper, which achieved major success worldwide with three highly acclaimed studio albums along with single releases and MTV airplay. Steve not only was the vocalist in those excellent records (“Rock You To Hell” brings back so many memories of teenager years, with long hair, torn pants and jackets with denim and leather patches), but he also had a brief spell with Onslaught, before forming Lionsheart and in more recent times, GrimmStine and a new incarnation of Grim Reaper called Steve Grimmett’s Grim Reaper.

Not all has been a bed of roses from Grimmett though, and he’s had his fair share of health issues, the more significant being an aggressive infection on his right leg below the knee in January 2017, that led to it being amputated in the process. Nonetheless his heavy metal spirit remains in good shape, and Steve Grimmett’s Grim Reaper has remained active, making several successful appearances at festivals around Europe, including Keep It True, British Steel, Muskelrock and Sword brothers in the last decade. Their debut full-length album “Walking in the Shadows” was released on 23 September 2016, and now the follow-up record “At The Gates” is announced for October 11th, 2019. The album contains eleven tracks, with the CD version available via Dissonance Productions, while the vinyl will be released through Back On Black. 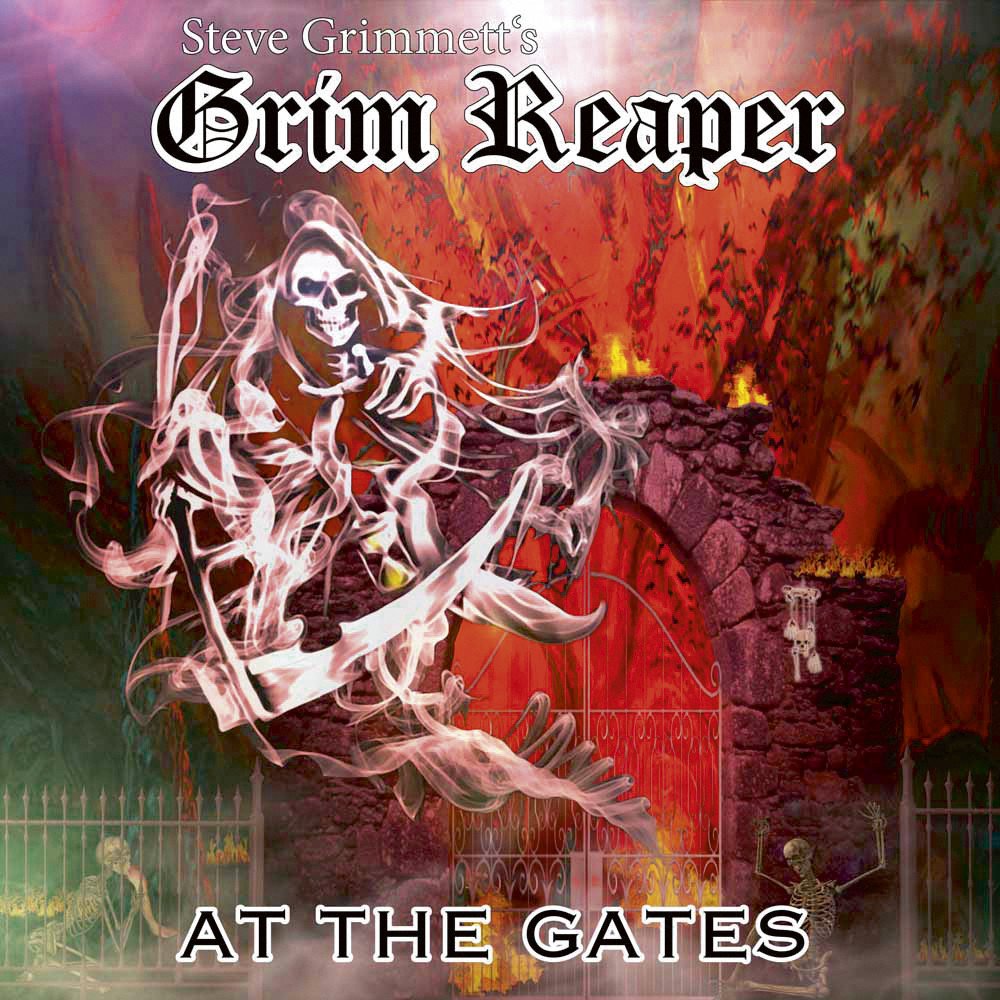 “At The Gates” Album Artwork

Grimmet and his band are touring the US through this month, and contributor Michael Francisco took the opportunity to talk to Steve one more time, after being completely floored with the material contained in “At The Gates”. As usual listen to their talk below and remember to subscribe to our Podcast in several platforms to listen and be notified about new interviews and contents we publish on a daily basis.