When it comes to 80’s guitar playing, the first obvious names that come to mind are shredders like Yngwie, Eddie Van Halen, Steve Vai and Joe Satriani. One unsung hero of that era, however, is Ross the Boss. Coming straight out of the Bronx, New York, as a member of The Dictators and Manowar he focused more on the strength of his riffs than in flashy playing. His work on albums like “Battle Hymns” and “Into Glory Ride” (just to name a couple) was instrumental in shaping what speed metal and traditional heavy metal went on to become in the US. His influence is also felt in the rise of German Metal, with bands like Helloween, and Blind Guardian drinking from the same fountain of ideas and slowly shaping their sound.

Fast forward to 2006, and Ross decided to reestablish himself as a metal act, and formed the Ross the Boss Band. Four records later and a full lineup overhaul in 2016, this outfit is still a force to be reckoned with, and consistently delivers live, whether on the massive stages of European festivals, or in smaller clubs in North America. With the core of the band being maintained since the last effort “By Blood Sworn”, they set out to write their most consistent and rousing album to date, the recently released “Born Of Fire”. 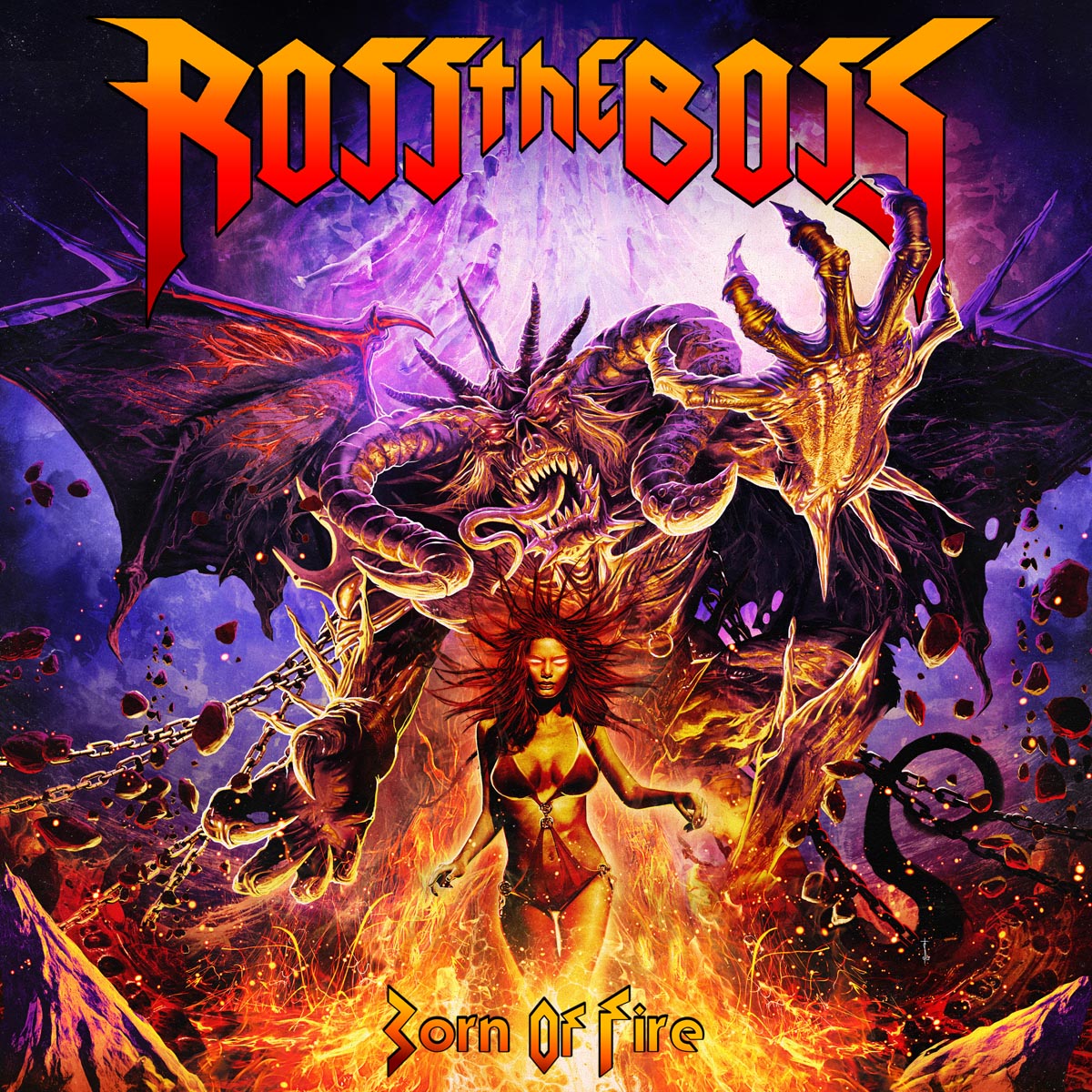 You read our views on “Born of Fire” here, and now we bring you even more insights into the creation of this album. Sonic Perspectives intrepid old school metal fan Rodrigo Altaf at down with Ross and the two discussed the genesis of the album, touring plans, how Ross brought KK Downing out of retirement in 2019 and other stories. Find out their spirited chat in the links below, and as usual remember to follow us on Facebook, Twitter and YouTube to be notified about new interviews and contents we publish on a daily basis.

Follow Ross The Boss on social media using the links below, and order your copy of “Born Of Fire” from this location.