Mainstays in the American metal scene since the early 2000s, Trivium are preparing to release their most definitive work to date on April 24th, offering up an album brimming with the strong character the band has spent almost two decades building. Each album Trivium has produced has lent itself to their gradual evolution, including transitions across vocal styles and a number of drummers as they continued to hone their style. “What the Dead Men Say” features some of the heaviest material Trivium has ever produced, bringing with it the increasingly rich melodies that found strong footing in prior album “The Sin and the Sentence.” Though there is no large stylistic departure from the sound that Trivium fans have grown to love, “What the Dead Men Say” also features some of the strongest creative cohesion across Trivium‘s many eras, featuring drummer Alex Bent on his second album with the band. Instrumental unity throughout the album sees Bent‘s creative force shining through alongside the group’s longtime members in composition that grows with an organic flow. 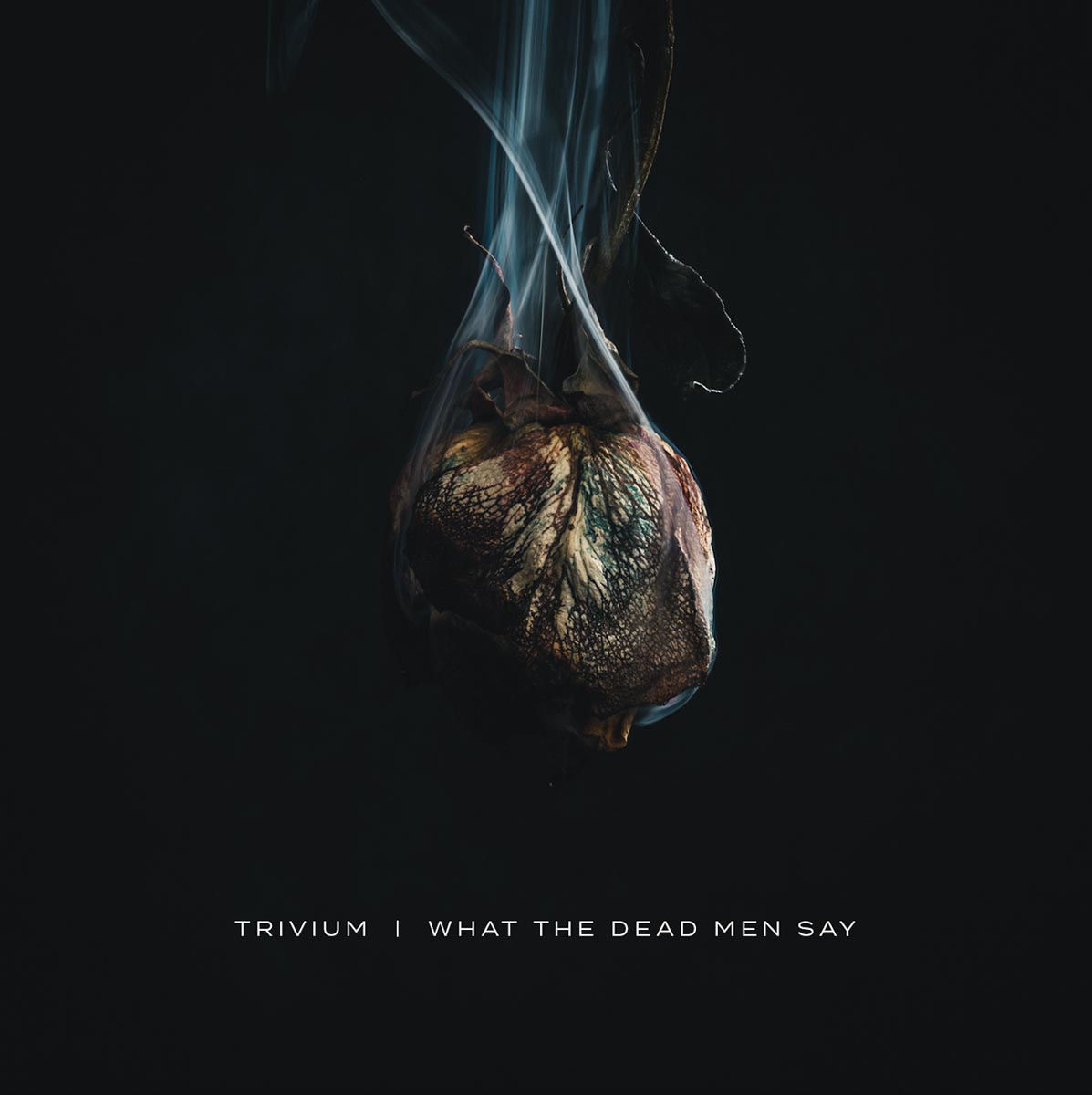 Songwriting for “What the Dead Men Say” was a unified effort between the quartet, including pieces primarily penned by bassist and one of Trivium‘s longtime creative drivers, Paulo Gregoletto. Alongside vocalist Matt Heafy and guitarist Corey Beaulieu, the crisp and infectious riffs of “What the Dead Men Say” create an album that is unmistakably Trivium, but pushes the creative boundaries of the band like never before. Gregoletto spoke with Sonic Perspectives contributor Samantha Buckman on what fans can expect to find within “What the Dead Men Say,” what Trivium‘s creative process looks like, and the aesthetic ties between the music videos and future live performances.